The port town of Tonosho on the west coast of Shodoshima Island in Kagawa Prefecture played host to the 36th edition of the Japan Pumpkin Weigh-off Championship earlier this month, with Makoto Nakajima from Yamanashi Prefecture winning the top prize for the first time.

A total of 47 pumpkins were brought in from 10 prefectures around the country and 71-year-old Nakajima produced a behemoth weighing in at 427.4 kilograms to secure victory.

Nakajima's triumph in the event held at Tonosho's old town hall secured him a qualifying berth for the World Championship Pumpkin Weigh-off in California on Oct. 10. 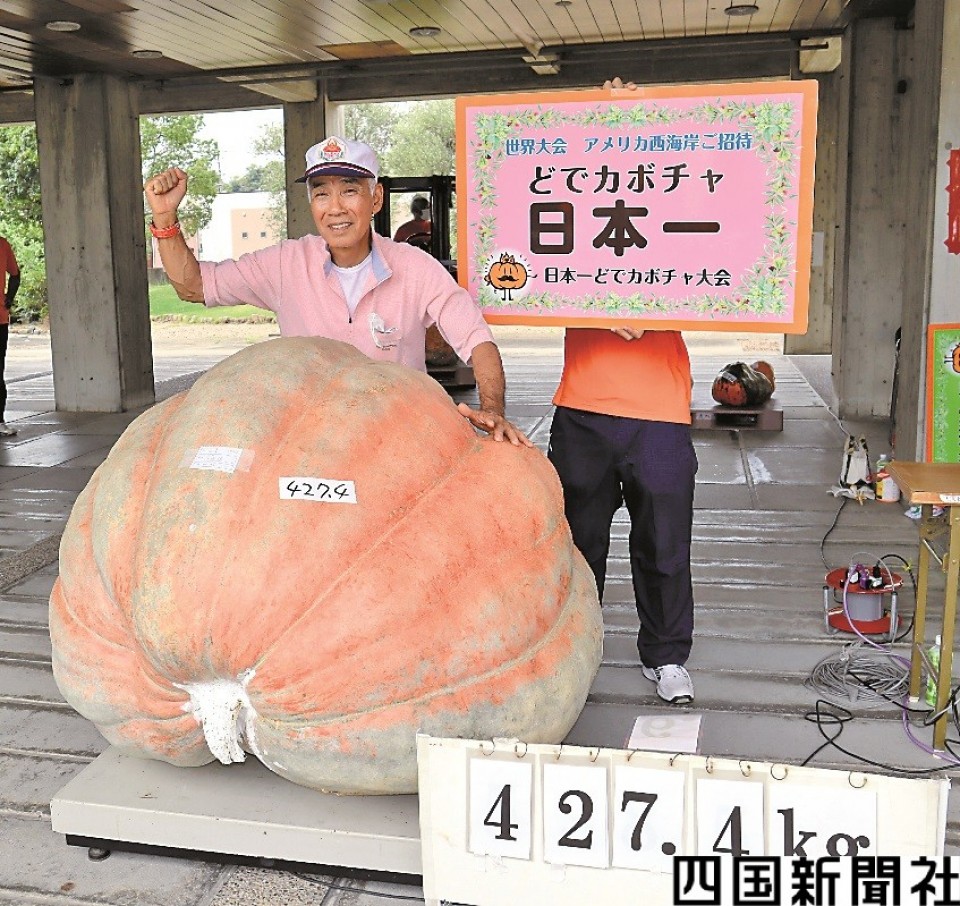 All kinds of pumpkins that had ranked high at the prefectural meets, from "whoppers" weighing several hundred kilos to smaller ones with particular attention to shape and color, were on display at the venue.

Each and every pumpkin was carefully placed on the scales, with the giant ones needing to be lifted on by forklift truck.

Nakajima is in his eighth year of pumpkin cultivation, and this was his fourth entry in the national competition.

He frequently exchanges information about watering and fertilizing with fellow local pumpkin enthusiasts and visits the fields almost every day to weed and check the condition of the vines.

Nakajima said he felt he had an advantage over other competitors because his field is situated at a height of about 1,000 meters and was not affected by this summer's intense nationwide heat.

"Since I was interacting with my friends while cultivating the pumpkins I was able to have fun taking care of them," said Nakajima. "I think that has led to a good result. I want to grow an even bigger one next year." 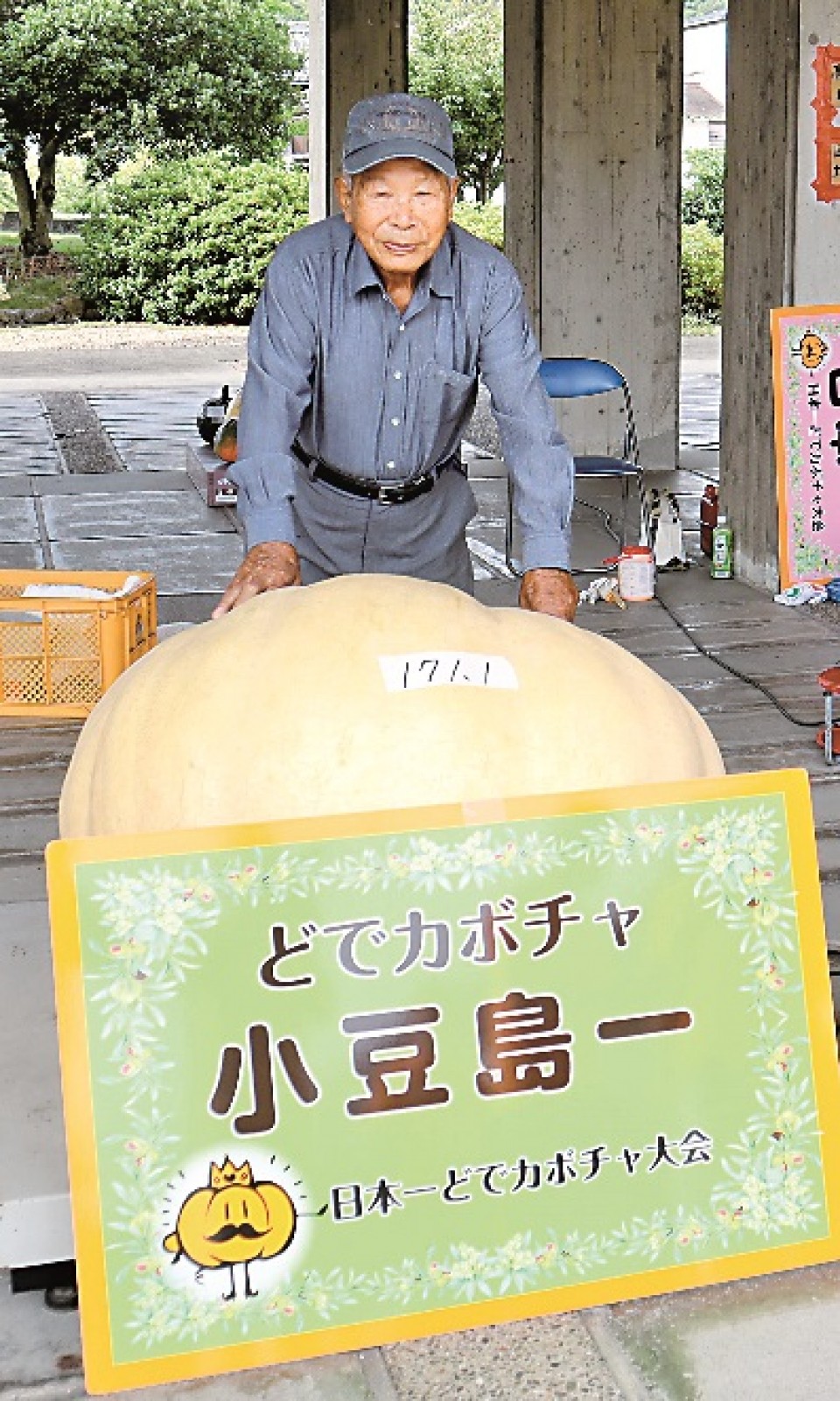 Toshiki Sasaki poses with his pumpkin, ranked No.1 in Kagawa Prefecture.

Toshiki Sasaki, 95, from Shodoshima, whose 171.1-kg pumpkin was top among Kagawa Prefecture entries, said, "It's been about 20 years since I started cultivating pumpkins.The results at the competition are competitive. I will continue to grow pumpkins with all my heart." he smiled.

Data-only entries had been accepted from prefectural tournament hosts Chiba, Mie, Okayama and Kagoshima for the 2020 and 2021 competitions due to coronavirus infection prevention measures in place at the time.

But with virus-enforced travel restrictions having since been lifted, only pumpkins that could be weighed on the day at the venue were eligible this time.