A giant maze made of about 10,000 sunflowers grown by high school students was completed recently in Marugame in the western Japan prefecture of Kagawa.

The sunflower maze has been planted every year since 2000 as part of Hanzan High School's efforts to engage with the local community. This year, 148 first-year students sowed sunflower seeds at the school's farm in early May and proceeded with preparations such as weeding and making signboards for the maze by hand. 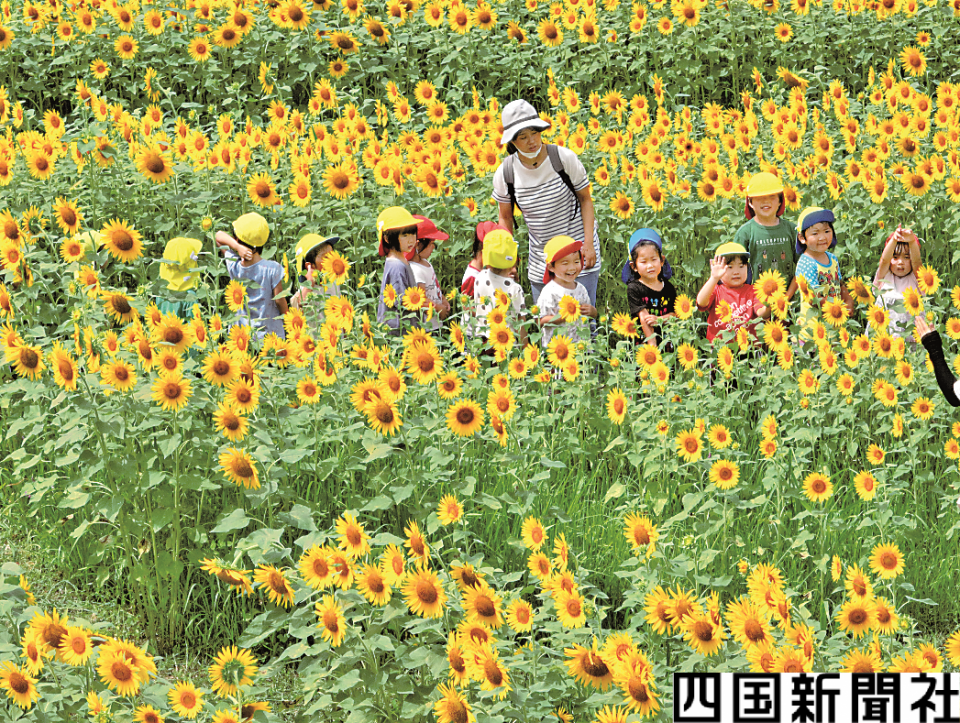 As this year's rainfall has been relatively low, the sunflowers turned out rather short at 1-1.2 meters in height, according to the school.

Like in the preceding two years, the latest maze is not open to the public due to the coronavirus pandemic, but kindergarteners from the neighborhood were invited earlier this month and enjoyed a "summer adventure" of finding their way around walls of sunflowers.

During their visit to the farm, 46 kindergarteners navigated their way through the maze, collecting word stamps at various checkpoints, which spell out "sunflower maze" in Japanese when completed.