Photography enthusiasts and railway fans have been flocking to a station on the western Japanese island of Shikoku following the blooming of around 250 azaleas.

Passengers can enjoy the view of the flowers which have dyed an area along the 300-meter long platform pink and red, while visitors to the station are seizing the opportunity to snap passing trains and the azaleas together.

Almost in full bloom during Japan's "Golden Week" holidays that run from late April through early May, the azaleas are said to have been first planted by the stationmaster and workers of the former Japanese National Railways in 1941. 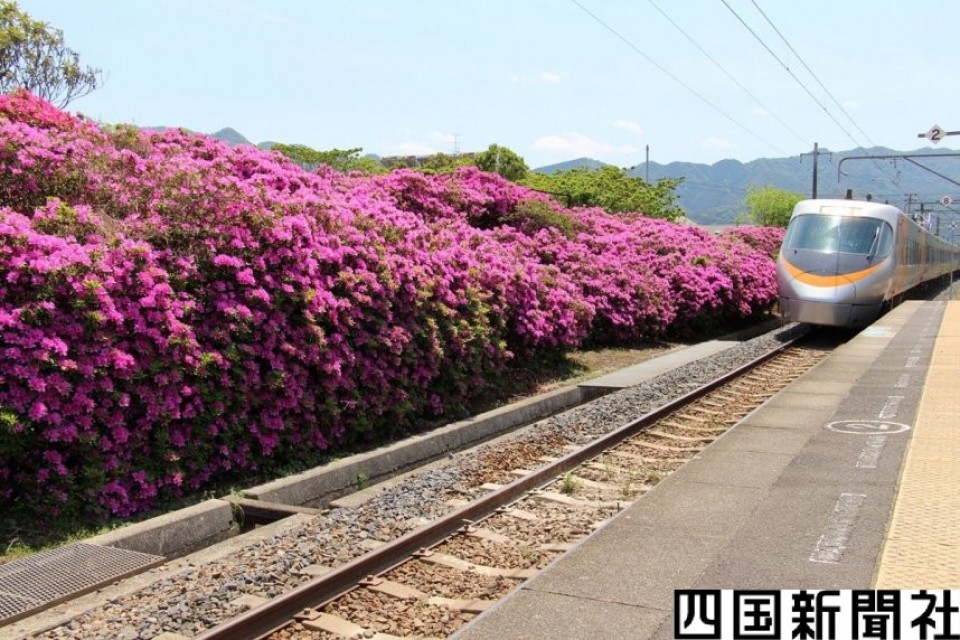 Toyohama Station became unmanned in 1985, but the local neighborhood association has continued to take care of the flowers.

This year vines that covered the trees before the azaleas bloomed were removed to make the stunning flowers more eye-catching.

Several trees planted last spring to commemorate the graduation of local elementary school students are said to have bloomed for the first time.

The neighborhood-sponsored Toyohama Station azalea festival, which features a bazaar and "mochi" rice cake pounding event, was canceled for the third consecutive year to prevent the spread of the coronavirus pandemic.