High school students in Kagawa Prefecture, western Japan, are developing new burgers with udon noodles that would otherwise be discarded in an effort to reduce waste of the local favorite food.

Five types of sample burgers whose buns are made with udon were presented June 2 at a tasting event at Sakaide Daiichi High School in the city of Sakaide, attended by chefs and other professionals who advised students to help improve their products to a commercial level. 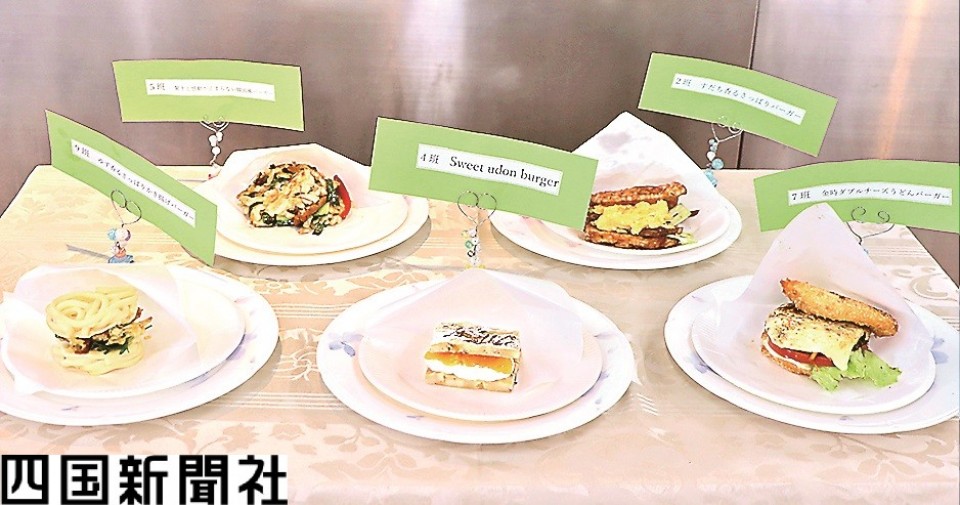 Five types of udon burgers are displayed on plates.

More than 3,000 tons of udon are said to be disposed of each year in the prefecture known for udon consumption as restaurants abandon noodles that had been left unserved for a certain time after boiling.

As the city's chamber of commerce and industry asked last September for fresh ideas after years of efforts to make use of the waste, 35 second-year students in the high school's Food Science Course are now tackling the problem. 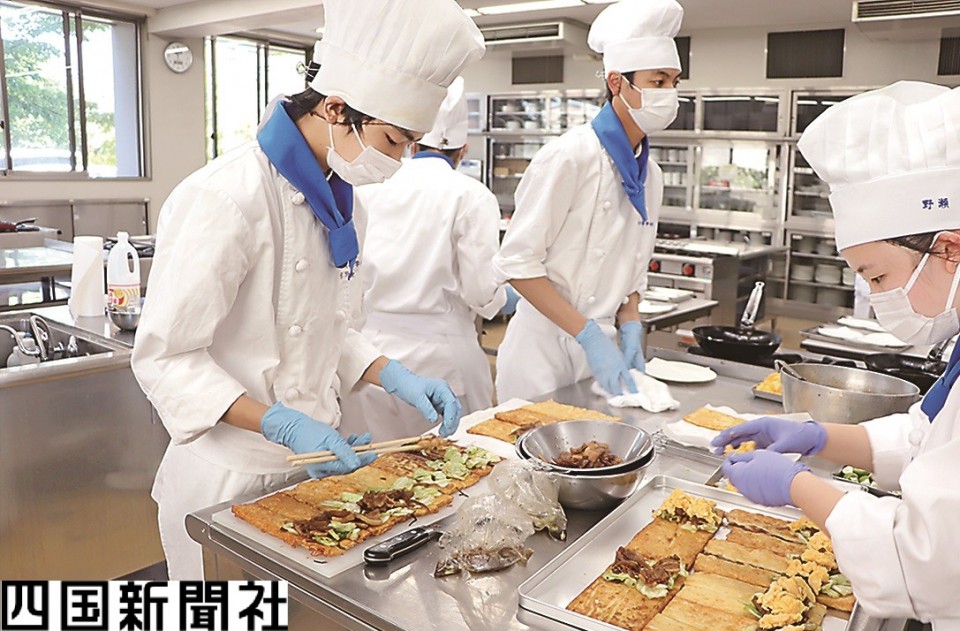 The five samples are based on the chamber's request to use udon for buns and make burgers as an easy-to-eat food.

One of the samples is of Korean flavor, sandwiching a patty similar to a Korean pancake in a split bun made by mixing carrot and potato with udon for a crispy texture.

Another one, named "Sweet Udon Burger," consists of cream and fruit sandwiched in a bun made by putting together pancake mix and udon that was cut into pieces sized 2 to 3 centimeters each.

About 20 guests including chamber members and hotel chefs tried each of the sample burgers and gave such advice as making the buns thinner and adding another twist to prevent the noodles from falling apart.

Hibiki Yamaji, a 16-year-old student, said, "It's really difficult to make products, but it's also fun. I want to continue improving them by taking advantage of feedback from the tasting event and make delicious gourmet food."

The chamber is planning a sales event for udon burgers in October at a nearby expressway parking area.