Cambodian Prime Minister Hun Sen said Tuesday he had to cancel attending the Group of 20 summit of major economies in Bali, Indonesia, after testing positive for COVID-19. 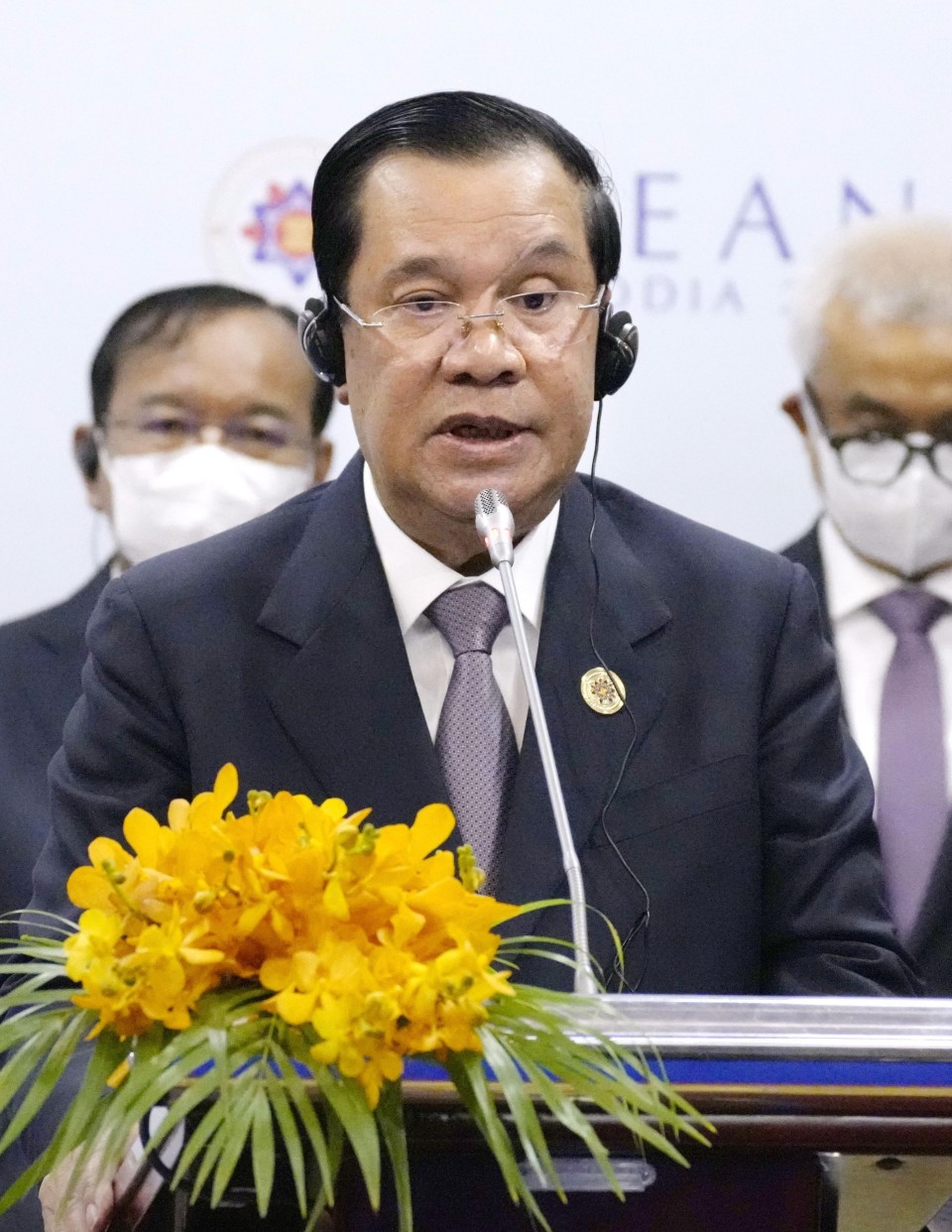 The development came after Hun Sen had separate talks with Japanese Prime Minister Fumio Kishida, U.S. President Joe Biden and other world leaders on the sidelines of ASEAN-related summits that ended Sunday in Phnom Penh.

Hun Sen was due to participate in the two-day G-20 summit, which started Tuesday, as chair of the Association of Southeast Asian Nations.

On his Facebook account, Hun Sen said he tested positive after Indonesian medical workers took his sample upon arrival in Bali on Monday night.

"Fortunately, due to arriving last night, I did not attend a dinner with other world leaders, organized by the president of France," he said.

For the safety of other leaders attending the summit, Hun Sen has decided that all members of the Cambodian delegation must leave Bali for Cambodia.