Japanese drug maker Eisai Co. said Wednesday that its Alzheimer's disease drug, under development with U.S. firm Biogen Inc., has succeeded in slowing the aggravation of symptoms in a clinical trial, potentially paving the way for patients to treat the disease more effectively.

The new drug, lecanemab, removes a type of protein called amyloid beta, considered the cause of the disease. The protein accumulates inside the brain and destroys nerve cells, according to Eisai. 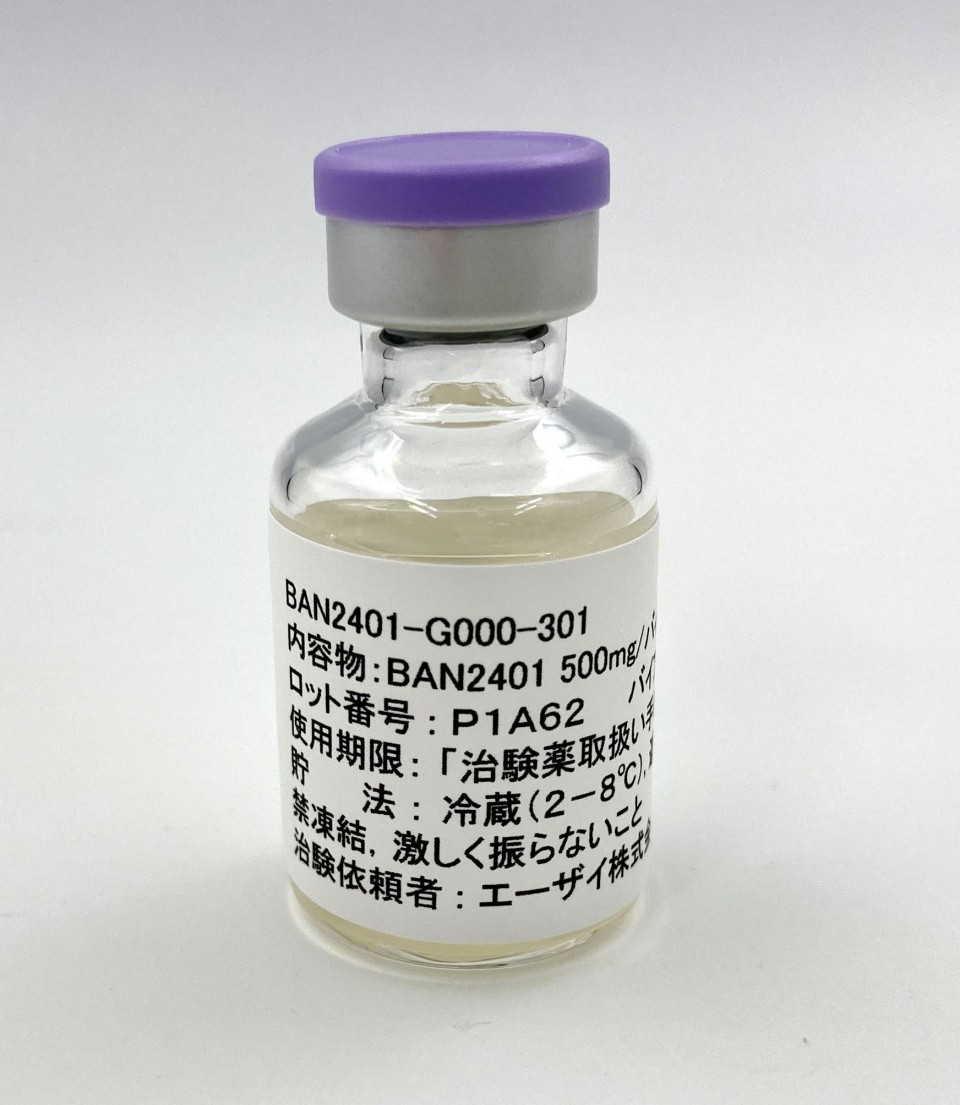 The company said it aims to win approval for the drug in Japan, the United States and Europe in 2023. The U.S. Food and Drug Administration is reviewing lecanemab under its accelerated approval pathway system.

If approved, it will be the first Alzheimer's drug in Japan to work on the cause of the disease and slow the progression of symptoms. The existing drugs in the country only alleviate the symptoms.

"We hope it will bring a positive impact on society, such as easing the burden on caretakers," Eisai CEO Haruo Naito told a press conference in Tokyo.

In the clinical trial, the drug curbed the progression of symptoms, such as worsening memory and impairment in judgment, by 27 percent compared with a placebo, Eisai said.

The trial was conducted on about 1,800 patients with early symptoms in Japan, the United States, Europe and China.

Among those who were administered the drug, 12 to 17 percent showed side effects, such as brain edema and bleeding, but most of those were asymptomatic or only suffered temporary symptoms, Eisai said.

Worldwide, 55 million people are living with Alzheimer's and other dementias, according to the Alzheimer's Association, a U.S.-based nonprofit organization.

The announcement by Eisai comes after a panel at Japan's health ministry refused to approve aducanumab, another Alzheimer's disease drug jointly developed by Eisai and Biogen, in December last year.