Eisai Co. CEO Haruo Naito said Wednesday a new drug for Alzheimer's disease it has developed with U.S. firm Biogen Inc. has the potential to become a "blockbuster" product.

The approval by the U.S. Food and Drug Administration on Monday of the drug Aduhelm raised hopes for the treatment of Alzheimer's disease. But concern remains about higher medical costs as a patient would be charged $56,000 a year.

Speaking in an online press conference, Naito said the pricing of the drug should reflect multiple factors, such as the impact on the families of patients taking it. 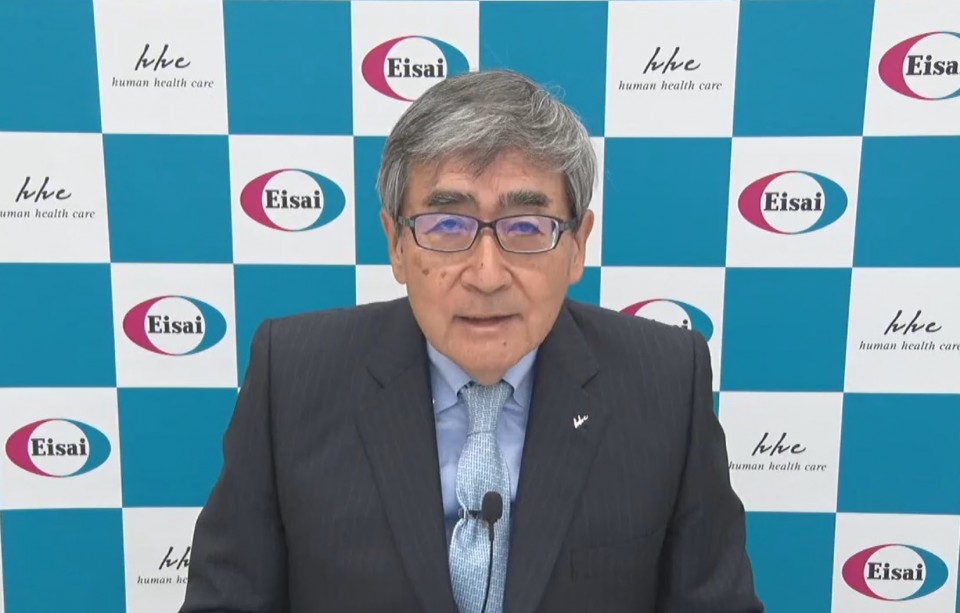 "We believe it has the potential to make a huge contribution as a blockbuster drug," he said, while adding that people on low incomes should also be able to receive the drug.

"The price should be based on the multifaceted value of the drug," Naito said, noting that the burden on family members who take care of Alzheimer's patients is greater than just the medical costs.

"Job opportunities for such family members decrease and the patient may have to stay in a care facility for a long period. By evaluating these multiple factors, we can see the big picture," the CEO said.

Aduhelm reduces amyloid beta proteins in the brain, which are believed to play a key role in causing Alzheimer's disease.

It will be administered as an infusion once every four weeks at a yearly cost of $56,000, according to Biogen, headquartered in Cambridge, Massachusetts.

Naito said the drug will be used by one to two million patients in the United States and about one million in Japan.

Biogen Japan Ltd. submitted its application for approval with the country's health ministry in December. The ministry said Tuesday it may decide whether to allow its domestic use by the end of this year.

Eisai also developed the drug Aricept for the treatment of Alzheimer's disease. Aduhelm is the first new therapy for the disease approved by the FDA in nearly two decades.