Foreign ministers from Japan and the Association of Southeast Asian Nations on Thursday pledged to cooperate in promoting maritime security in the Indo-Pacific in a veiled counter to China's muscle-flexing in regional waters.

In a meeting with his ASEAN counterparts in Phnom Penh, Foreign Minister Yoshimasa Hayashi voiced "strong opposition" to any attempt to unilaterally change the status quo by force in the East and South China seas, the Japanese Foreign Ministry said.

The ministry, however, did not say whether the ministers discussed simmering tensions between China and the United States over Taiwan in the wake of a trip earlier this week to the democratic self-ruled island by U.S. House of Representatives Speaker Nancy Pelosi. 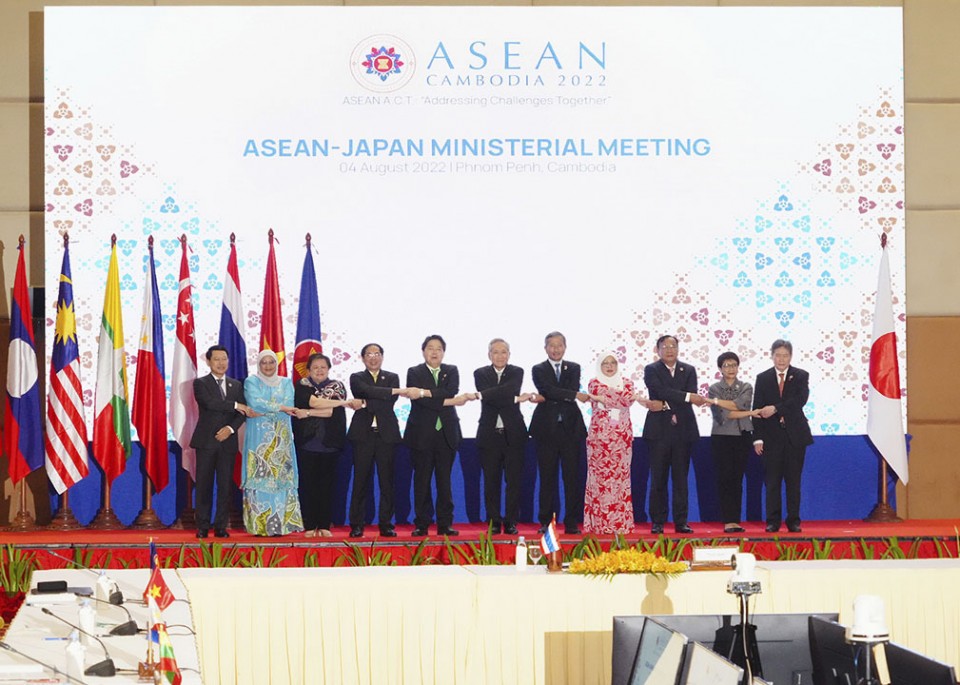 China's attempts to increase its influence in the region have seen it send official vessels to waters around the Senkaku Islands in an attempt to undermine Japan's control over the East China Sea islets. Beijing has also militarized disputed areas in the South China Sea, a strategic waterway in which China has overlapping claims with some ASEAN members.

In the meeting, Hayashi called on ASEAN peers to step up cooperation in achieving a free and open Indo-Pacific, a vision Japan and the United States have advocated based on the rule of law, not force or coercion.

He also vowed to support the 10-member group's efforts to realize the ASEAN Outlook on the Indo-Pacific, an initiative aimed at maintaining peace, freedom, and prosperity in the region.

Hayashi expressed support for ASEAN's commitment to addressing the crisis in the coup-hit Myanmar, while seriously deploring recent executions by the junta of pro-democracy activists.

The ministers affirmed they will continue coordination in promoting post-COVID-19 economic recovery of ASEAN member states.

The two sides agreed to step up communications and exchanges in the run-up to the 50th anniversary of Japan-ASEAN relations next year and a summit Japanese Prime Minister Fumio Kishida will host next year to mark the anniversary.

Myanmar, however, is absent from the series of ASEAN-related foreign ministerial meetings being held in the Cambodian capital.