China said Thursday it has decided not to hold a foreign ministers meeting with Japan on the fringes of ASEAN-related gatherings in Phnom Penh, describing it as fallout from U.S. House of Representatives Speaker Nancy Pelosi's Taiwan visit.

Foreign Ministry spokeswoman Hua Chunying said in a press briefing that the Group of Seven industrialized nations, including Japan, unreasonably blamed China over its response to Pelosi's visit to the self-ruled democratic island in a statement issued Wednesday by their foreign ministers.

Japanese Foreign Minister Yoshimasa Hayashi and his Chinese counterpart Wang Yi had been arranging to hold talks on the sidelines of a series of meetings related to the Association of Southeast Asian Nations in the Cambodian capital.

Hua said the meeting will not be held because Japan, together with other G-7 members, made "an irresponsible statement accusing China" and that the Chinese people are "strongly displeased" with it.

"Japan is in no position to make unwarranted remarks and it should not follow the U.S. steps in violating our sovereignty and territorial integrity," she said. 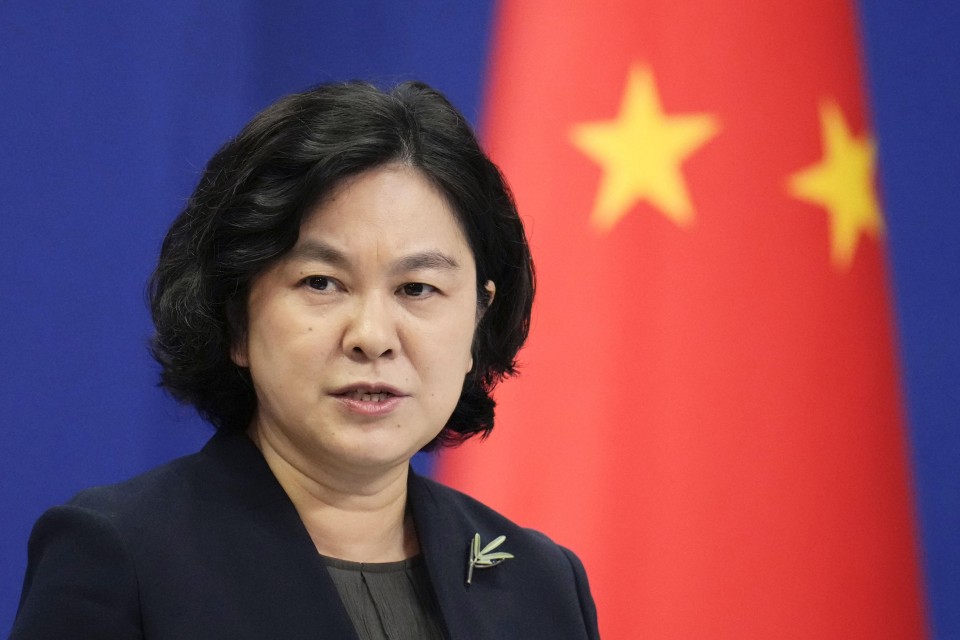 It would have been the first face-to-face dialogue between the foreign ministers of the two East Asian neighbors since November 2020.

The talks were called off amid mounting U.S.-China tensions over Taiwan following this week's visit by Pelosi to the island, which Beijing regards as a renegade province to be reunified with the mainland, by force if necessary.

In the G-7 statement, the foreign ministers said they are "concerned by recent and announced threatening actions" by China, particularly live-fire exercises and economic coercion.

The Chinese military started Thursday a four-day, large-scale drill in areas encircling the island in response to Pelosi's visit. Beijing has also restricted trade with the territory, banning imports of citrus fruits and some fish from Taiwan and stopping exports of natural sand to the island.

"There is no justification to use a visit as pretext for aggressive military activity in the Taiwan Strait," the G-7 members said, warning that Beijing's "escalatory response risks increasing tensions and destabilizing the region."

"We call on the PRC not to unilaterally change the status quo by force in the region," the G-7 said, using the acronym of the People's Republic of China, the country's official name.

Hua warned that China's relations with G-7 members could be negatively affected if they do not respect Beijing's "core interests" with regards to Taiwan.

"As long as they have not changed their wrong position, we have to reconsider the meaning of having dialogue with them because dialogue is about having cooperation," she said.

The other G-7 members are Britain, Canada, France, Germany, Italy and the United States plus the European Union.