U.S. House Speaker Nancy Pelosi said Wednesday her country has an "ironclad" determination to preserve democracy in Taiwan in talks with the island's President Tsai Ing-wen, as the fallout from her historic visit continues with China conducting military drills and imposing trade restrictions.

The highest-ranking U.S. official to visit the self-ruled island in 25 years also told Tsai that Washington "will not abandon our commitment to Taiwan" and "American solidarity with Taiwan is crucial now more than ever."

Pelosi's whirlwind trip to Taiwan that began Tuesday night was made despite strong warnings from China, which regards the island as its own. The visit has heightened cross-strait tensions, with the Chinese military conducting exercises and the website of Tsai's office briefly coming under foreign cyberattack. 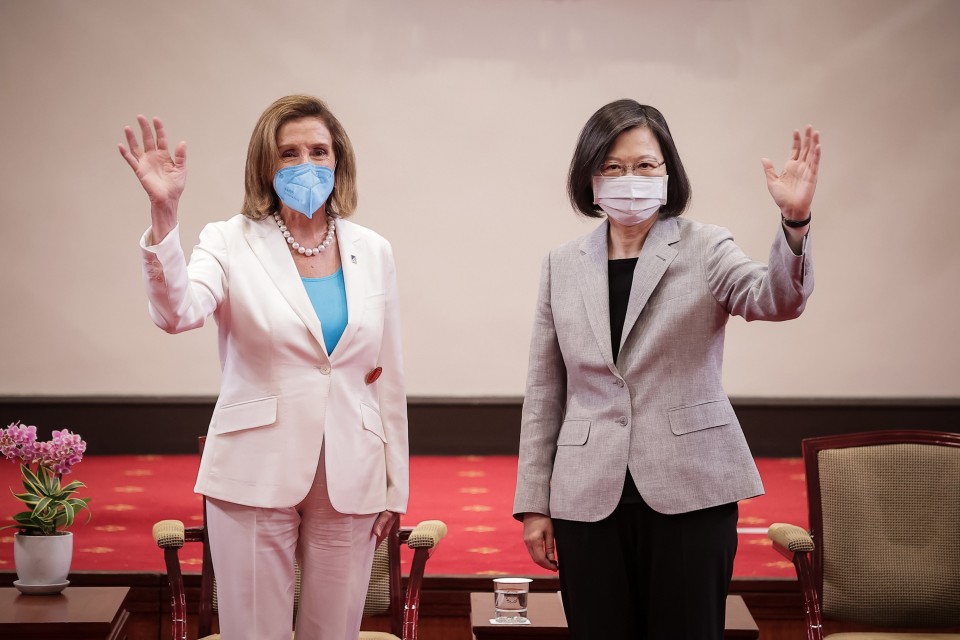 The House Democrat leader -- who is the third-highest-ranking U.S. official after President Joe Biden and Vice President Kamala Harris -- left the island Wednesday evening. She is leading a delegation to the Indo-Pacific region, including visits to Singapore, Malaysia, South Korea and Japan.

After conferring Pelosi with the Order of Propitious Clouds with Special Grand Cordon, Tsai laid out key principles for facing uncertainties including what she called "deliberately heightened military threats."

"Taiwan will not back down," Tsai said. "We will firmly uphold our nation's sovereignty and continue to hold the line of defense for democracy."

Chinese Foreign Minister Wang Yi was also critical of her trip, reiterating Wednesday the United States has become the "biggest destroyer" of peace across the Taiwan Strait and for regional stability.

"Provoking trouble on the Taiwan question in an attempt to delay China's development and undermine China's peaceful rise will be totally futile and will surely lead to total failure," he added. 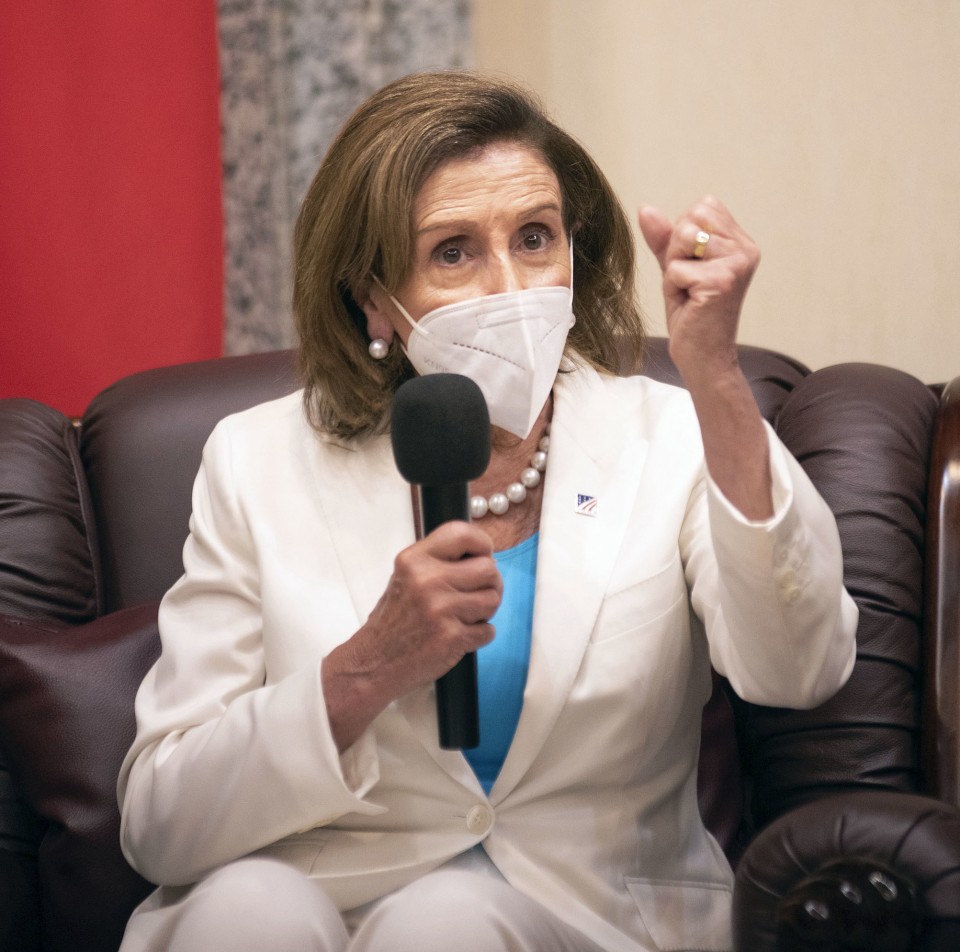 The Chinese military plans to hold exercises, including live-fire drills, in six locations around Taiwan from Thursday to Sunday.

China also suspended Wednesday its imports of citrus fruits and some fish from Taiwan and stopped exports of natural sands to the island.

Chinese Foreign Ministry spokeswoman Hua Chunying said in a press briefing that countermeasures in response to Pelosi's visit are "strong, effective and resolute," without elaborating. The past U.S. provocations to China brought "disgrace" onto Washington and were "self-damaging," she noted.

Taiwan's Defense Ministry said the military has a full grasp of the situation in the strait at sea and in the air, emphasizing it is prepared for various responses and is "determined, able and confident" to ensure the security of the island.

The ministry denounced the upcoming drills in the six areas as a move that will not only undermine regional peace and stability, but also impair China's international image and hurt the feelings of people on both sides of the Taiwan Strait.

The drills are "tantamount to a naval and air blockade of Taiwan," seriously infringing on its sovereignty, Defense Ministry spokesman Maj. Gen. Sun Li-fang told a press conference.

In response to the upcoming Chinse military exercises, the island's transport ministry discussed the possibility of coordinating with Japan and the Philippines to develop alternative air routes, according to the Central News Agency.

In a phone call last Thursday, Chinese President Xi Jinping warned Biden regarding Taiwan not to question the "strong will" of the 1.4 billion people of China to safeguard its "national sovereignty" and "territorial integrity."

"Those who play with fire will perish by it," Xi told Biden, according to China's Foreign Ministry.

Pelosi had originally planned to visit Taiwan in April, but the trip was postponed after she tested positive for COVID-19.

(Maya Kaneko in Beijing contributed to this report.)