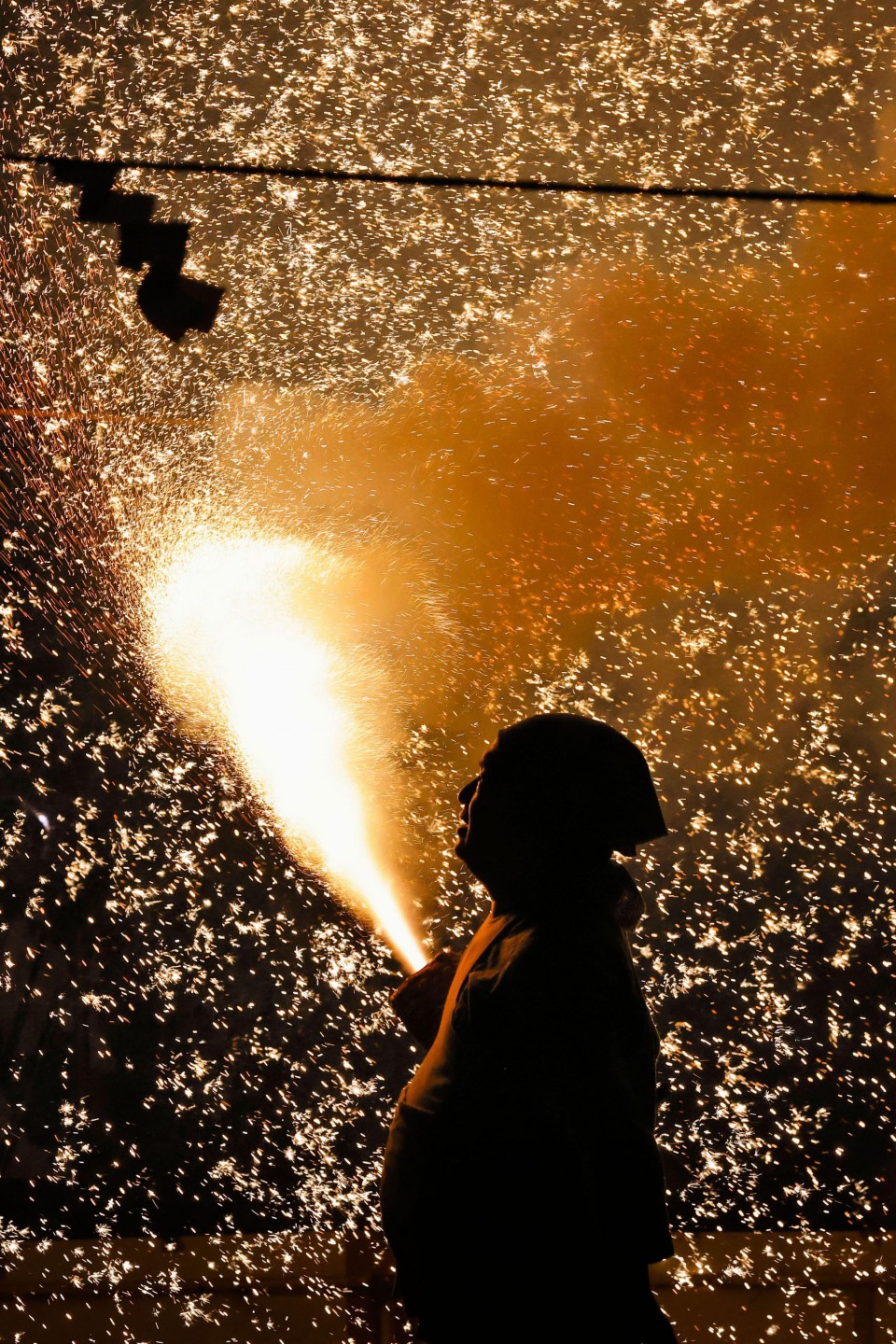 A ritual is held at the Mishima Taisha shrine in the Shizuoka Prefecture city of Mishima, central Japan, on Aug. 16, 2022, to make the blowing power of fireworks ward off plague and bring happiness. (Kyodo) ==Kyodo

TOKYO - Some of the Japanese utilities that have been purchasing liquefied natural gas from Russia' Sakhalin 2 oil and gas project are considering renewing their contracts with the new operator that Moscow set up earlier this month after taking control of the project, sources familiar with the matter said Friday.

The new operator has offered the same contract terms as those of the previous entity after being established Aug. 5 under a decree by Russian President Vladimir Putin following the exit of some foreign shareholders because of Russia's invasion of Ukraine.

In a press statement issued Thursday, Kim Yo Jong, the younger sister and close aide of North Korean leader Kim Jong Un, rejected Yoon's proposal from earlier this week as an "impracticable one to create mulberry fields in the dark blue ocean."

TOKYO - Core consumer prices in Japan rose 2.4 percent in July from a year earlier, marking the sharpest increase in about seven and half years amid surging material and energy prices, government data showed Friday.

The nationwide core consumer price index, excluding volatile fresh food items, was up for the 11th consecutive month, the Ministry of Internal Affairs and Communications said.

The tally eclipsed the previous record of about 255,000 cases logged Thursday.

SEOUL - South Korea's military had set a guideline in February 2019 on what kind of situation to lock its fire-control radar on a Japanese Self-Defense Forces patrol plane, two months after it carried out the move, a lawmaker said Friday.

Relations between South Korea and Japan -- U.S. security allies in the region -- sharply deteriorated against a backdrop of the radar irradiation, along with unresolved historical grievances, Tokyo's imposition of export control measures and other disputes.

JAKARTA - Russian President Vladimir Putin and Chinese leader Xi Jinping are both planning to attend a Group of 20 summit in Indonesia in November, Indonesian President Joko Widodo said in an interview with Bloomberg on Thursday.

If Putin and Xi join the G-20 meeting alongside U.S. President Joe Biden and other world leaders, it will be the first face-to-face encounter they have had since Russia launched a major invasion of Ukraine in February.

TOKYO - A Tokyo court on Friday acknowledged the parent-child relationship between a transgender woman and her daughter conceived using her frozen sperm and born to her female partner before legally transitioning, partially overturning an earlier family court decision.

The Tokyo High Court, however, did not recognize the woman in her 40s, who was assigned male at birth and underwent gender reassignment surgery in 2018, as the parent of a second daughter born to her partner in 2020, after she had legally changed her gender to female on her family registry.

TOKYO - A recent survey conducted in Tokyo's Edogawa Ward has shown that as many as one-third of "hikikomori," or social recluses, living there have no desire for the government to help them reintegrate into society.

What began as a survey to get a grasp on the sheer number of hikikomori in the ward's 700,000 population ended up revealing that 1-in-24 households have someone who will not go out to work or school and rarely interacts with anyone outside their immediate family.