A Tokyo court on Friday acknowledged the parent-child relationship between a transgender woman and her daughter conceived using her frozen sperm and born to her female partner before legally transitioning, partially overturning an earlier family court decision.

The Tokyo High Court, however, did not recognize the woman in her 40s, who was assigned male at birth and underwent gender reassignment surgery in 2018, as the parent of a second daughter born to her partner in 2020, after she had legally changed her gender to female on her family registry. 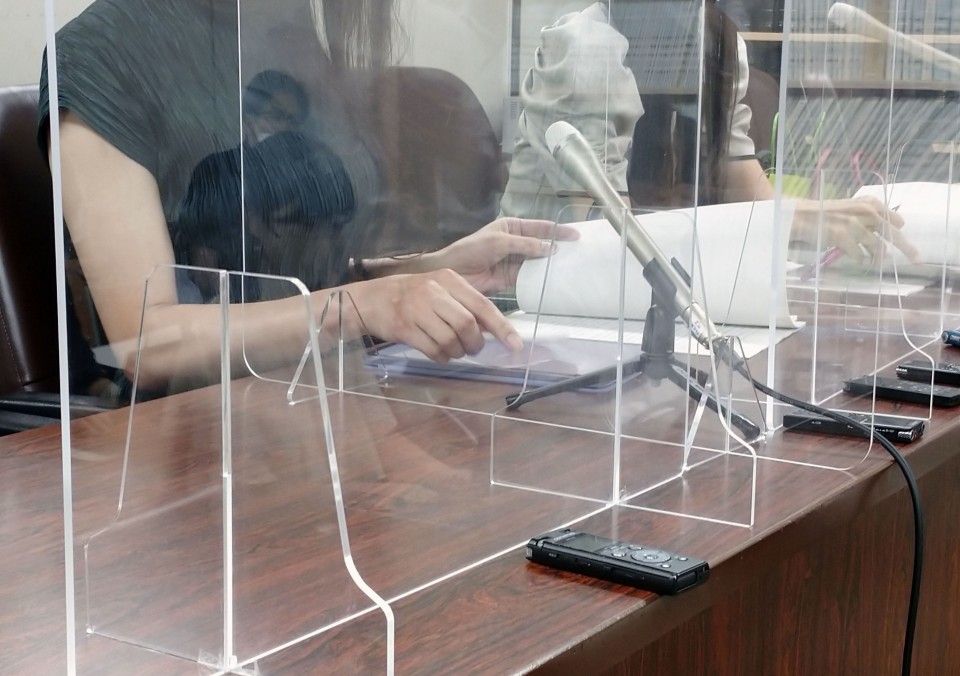 A transgender woman and her female partner attend a press conference on Aug. 19, 2022, in Tokyo after a court ruling legally recognized her as parent of one daughter, but not another that was born after the woman underwent gender reassignment surgery. The couple's faces were not photographed at their request. (Kyodo)

The couple had filed a lawsuit after an application to their municipal government to acknowledge the legal relationship with their children was rejected.

Although both children were confirmed to be biological children of the couple through DNA tests, Presiding Judge Toshikazu Kino said the transgender woman's legal relationship with the second daughter "cannot be recognized" as her legal gender was already female at the time of the child's birth.

Gender reassignment in Japan is permitted under the country's special law related to gender dysphoria.