Shohei Ohtani helped his side to a 5-0 lead with a fourth-inning double, but a Bryce Harper grand slam and a walk-off three-run homer from rookie Bryson Stott consigned the Los Angeles Angels to a "gut-wrenching" 9-7 loss Sunday against the Philadelphia Phillies.

With their bullpen struggling once again, the Angels dropped below .500 at 27-28 and skidded to their 11th straight loss, marking their worst streak since the 2016 season. 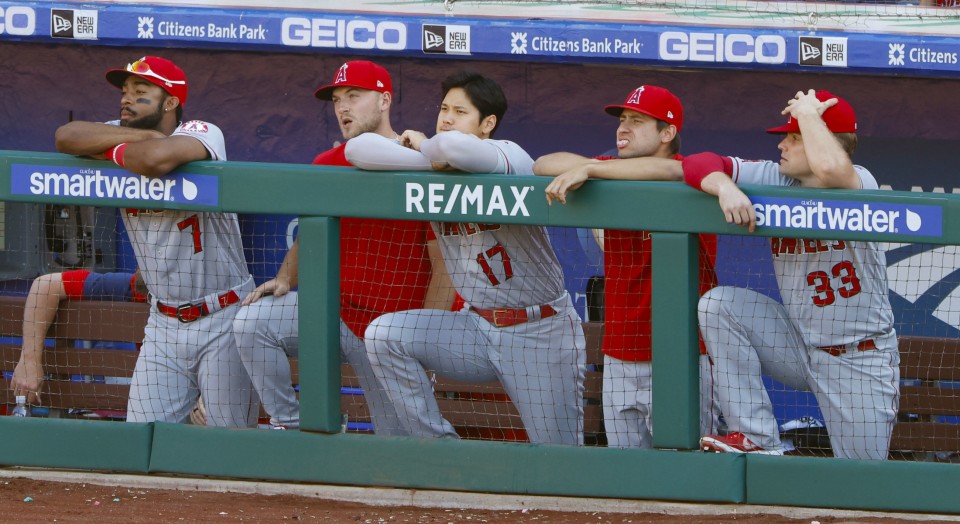 The Los Angeles Angels' Shohei Ohtani (17) watches from the dugout with teammates during the ninth inning of a baseball game against the Philadelphia Phillies on June 5, 2022, at Citizens Bank Park in Philadelphia, Pennsylvania. (Kyodo) ==Kyodo

Reigning American League MVP Ohtani went 1-for-5 with a run while striking out twice. His line drive off starter Kyle Gibson advanced a runner to third and put the Angels in position to score two on Jared Walsh's single in the top of the fourth at Citizens Bank Park.

RBIs from Joe Adell, Kurt Suzuki and Tyler Wade extended the lead before the Phillies cut it to 5-2 in the bottom of the fifth.

The Angels went into the bottom of the eighth up 6-2 before Harper tied the game by sending Raisel Iglesias' (1-4) changeup deep to right.

The Halos went back up 7-6 on Matt Duffy's RBI single in the ninth, but Stott dashed their hopes of snapping the losing streak when he went long to right off right-hander Jimmy Herget.

"It's gut-wrenching at times, but you have to move on to the next day," Angels manager Joe Maddon said. "It's not easy, but you don't quit, and you go back home and try to fix it."

Three-time MVP Mike Trout continued to struggle throughout the series for the Angels. He went 0-for-11 with one walk and four strikeouts over the three games, extending his hitless streak to a career-worst 26 at-bats. 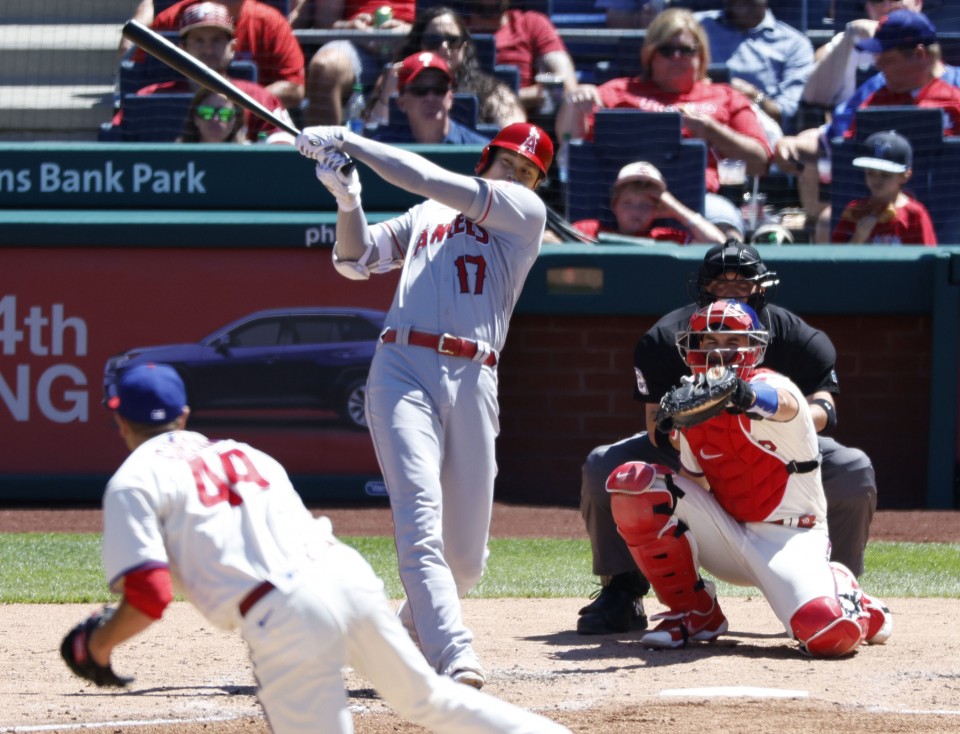 Shohei Ohtani of the Los Angeles Angels hits a double in the fourth inning of a baseball game against the Philadelphia Phillies on June 5, 2022, at Citizens Bank Park in Philadelphia, Pennsylvania. (Kyodo) ==Kyodo