Shohei Ohtani went 1-for-4 on Tuesday as the New York Yankees improved their Major League Baseball-leading record to 34-15 and sent the Los Angeles Angels to their season-worst sixth straight loss. 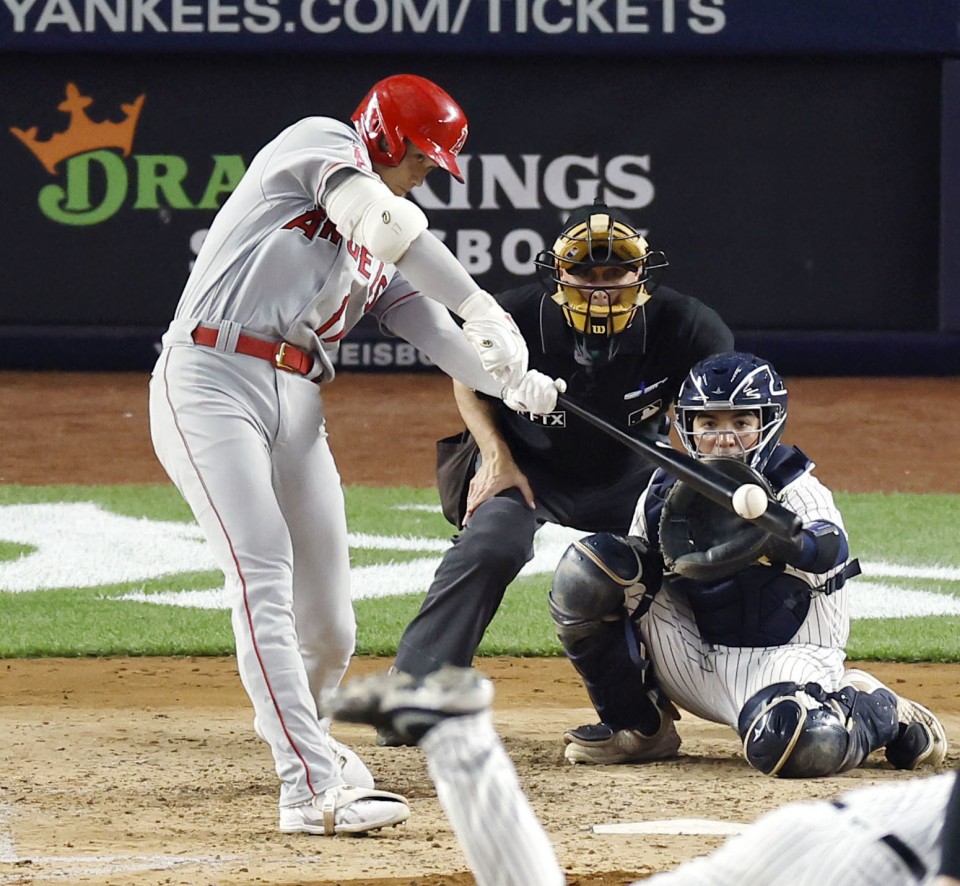 Shohei Ohtani of the Los Angeles Angels hits a double in the sixth inning of a baseball game against the New York Yankees on May 31, 2022, at Yankee Stadium in New York. (Kyodo) ==Kyodo

The Angels were defeated, 9-1, before a crowd of 31,242 in Yankee Stadium, managing only one run and four hits in seven innings off Yankees left-hander Jordan Montgomery (1-1). Noah Syndergaard (4-3) was roughed up for five runs and seven hits in 2-1/3 innings.

Ohtani, who is scheduled to make his next pitching start in the series finale on Thursday, doubled to deep right in the sixth for one of those four hits, but he flied out twice and struck out looking in his other at-bats.

The Angels have now lost six straight games, including a four-game home sweep at the hands of the Toronto Blue Jays, and 10 of their last 13.