Japan continued tuning up for the 2023 Rugby World Cup with a 43-7 win over Uruguay in Saturday's second test, scoring six tries to one in a lopsided contest.

Experimenting with potential lineups for next year's tournament in France, Brave Blossoms coach Jamie Joseph made wholesale changes to the side that beat fellow World Cup qualifiers Uruguay 34-15 in last Saturday's first test.

Having used their lineout to great effect against Esteban Meneses's world No. 19 squad a week ago, the 10th-ranked hosts put on another set-piece clinic at Mikuni World Stadium Kitakyushu in southwestern Japan.

The Brave Blossoms took just five minutes to score the opening try, with skipper Atsushi Sakate dotting down after a lineout led to a rolling maul near the try line. 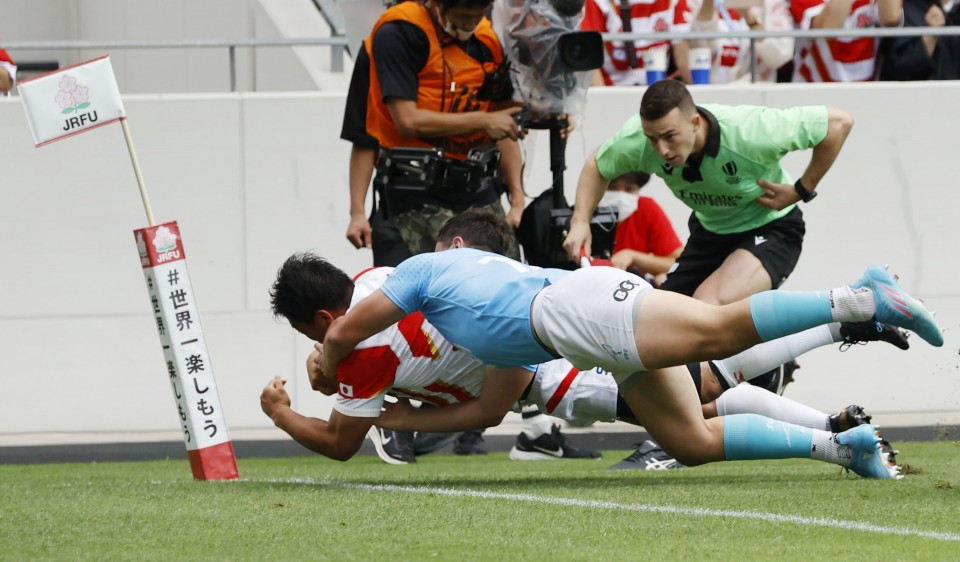 Japan's Atsushi Sakate (L) scores the opening try during the first half of a rugby test match against Uruguay on June 25, 2022, at Mikuni World Stadium in Kitakyushu, southwestern Japan. (Kyodo) ==Kyodo

Flyhalf Takuya Yamasawa missed the conversion but slotted three straight penalties to extend the lead to 14-0.

Australian-born center Dylan Riley crossed for his maiden test try late in the half to send Japan into the break leading 19-0.

Japanese lineouts led to second-half tries for Ben Gunter and Gerhard van den Heever before the hosts earned a penalty try and a man advantage with the sin-binning of Uruguay flanker Santiago Civetta. 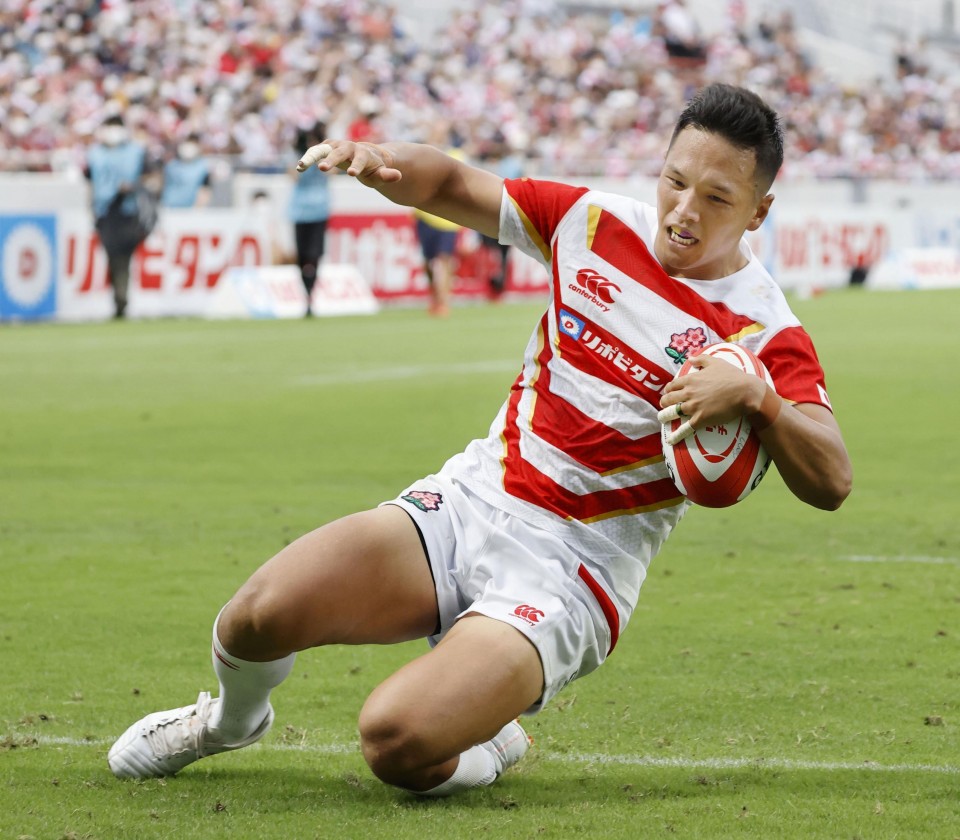 Yusuke Kajimura scores a try during the second half of a rugby test match against Uruguay at Mikuni World Stadium Kitakyushu in southwestern Japan on June 25, 2022. (Kyodo)

Los Teros salvaged a measure of pride when Manuel Ardao ran in their only try 10 minutes later, with Felipe Etcheverry adding the extras.

Halfback Naoto Saito said the Brave Blossoms communication "improved a lot" during their three weeks together before the game, resulting in strong execution defensively and in attack.

"We wanted to prevent them playing to their strengths, while playing to ours, and I think we managed to do that," he said.

Japan face a much more daunting challenge in the form of World Cup hosts and reigning Six Nations champions France in the first of two test matches next Saturday at Toyota Stadium in Aichi Prefecture.