Test debutant Koga Nezuka made an immediate impact for Japan on Saturday, scoring the opening try in the Brave Blossoms' 34-15 win over Uruguay.

With the 2023 Rugby World Cup little more than a year away, Japan head coach Joseph and Uruguay counterpart Esteban Meneses used the clash to appraise potential squad members for the tournament in France.

One of four uncapped players in Japan's starting lineup, Nezuka touched down for his maiden international try in the 10th minute. 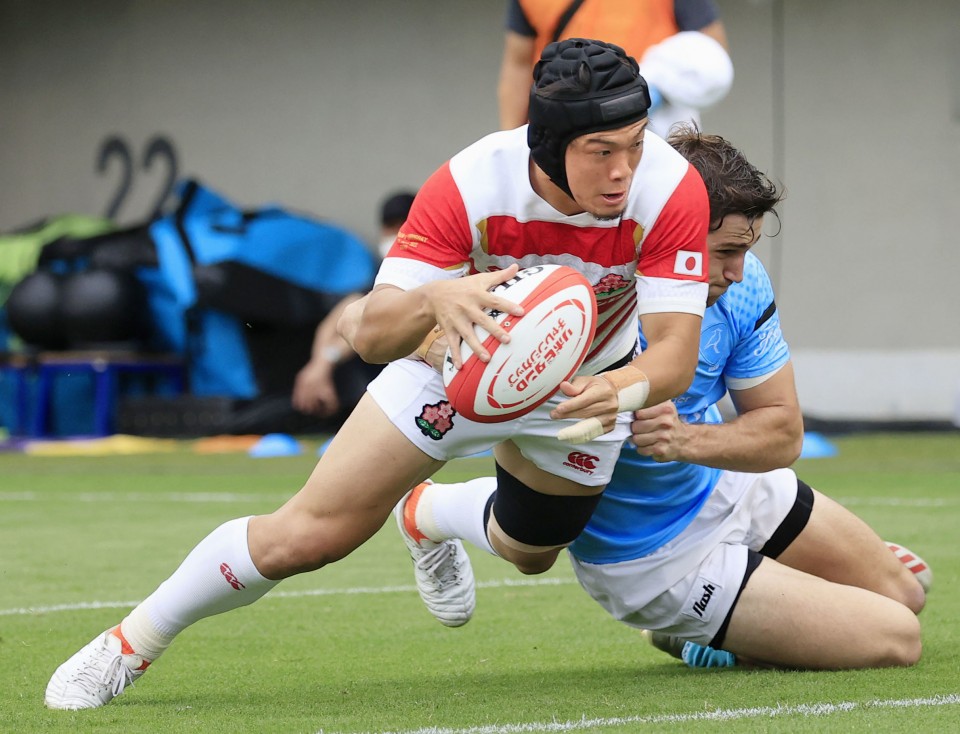 Koga Nezuka scores the opening try for Japan during the first half of a rugby test match against Uruguay at Prince Chichibu Memorial Rugby Ground in Tokyo on June 18, 2022. (Kyodo) ==Kyodo

A sharp lineout led to the five pointer, with the hosts recycling quick ball to create the overlap and send the Spears Funabashi Tokyo Bay winger over in the far corner.

"I was a bit nervous, but with (captain Yu) Tamura and the other backs leading the way, I was able to settle in," the 23-year-old Nezuka said.

Tamura missed the conversion but made it 8-0 with his 18th-minute penalty kick following a yellow card for Uruguayan flanker Lucas Bianchi. The hosts barely had a chance to capitalize on the man advantage before one of their own, fullback Seiya Ozaki, was also sin-binned.

Uruguay built momentum late in the half and opted to take three points from Felipe Etcheverry's boot in the 35th minute after the Brave Blossoms were penalized while desperately defending their goal line. 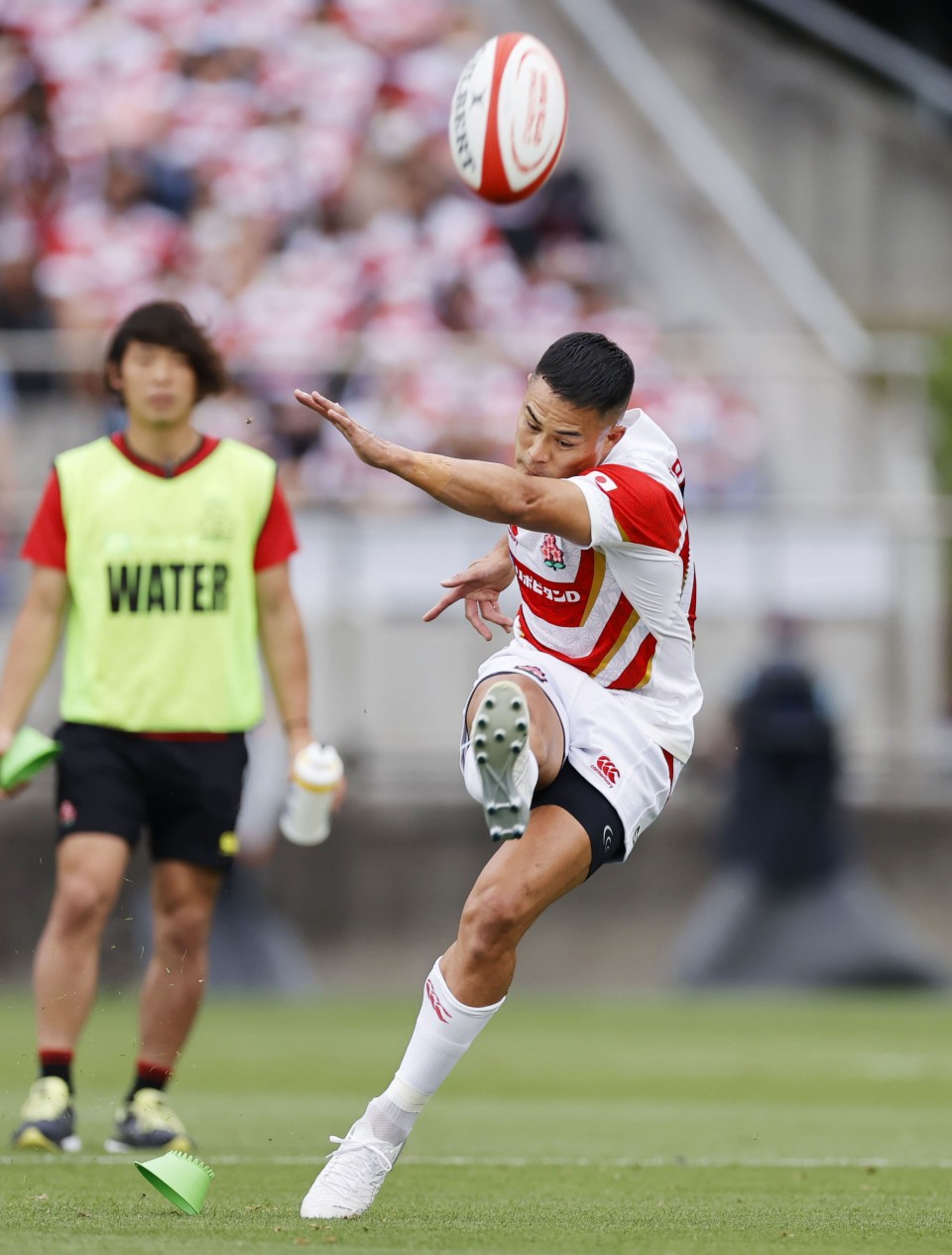 Japan's Yu Tamura kicks a penalty during the first half of a rugby test match against Uruguay at Prince Chichibu Memorial Rugby Ground in Tokyo on June 18, 2022. (Kyodo) ==Kyodo

Japan led 15-3 after scoring their second try off another well-executed lineout on the stroke of halftime, with No. 8 Tevita Tatafu breaking the line and galloping across.

Hiroki Yamamoto broke the line with a dummy to set up Kosuke Horikoshi's 44th-minute try, with Tamura's conversion putting Japan up 22-3 before Diego Magno scored the first five-pointer for the South Americans.

Hino gave the Brave Blossoms an injection of energy after replacing Horikoshi at hooker.

Japan squandered a certain try when Yuya Odo spilled the ball over the line, but another textbook lineout led to their fourth moments later, with Hino crossing from a rolling maul in the 63rd minute.

The Japanese lineout also paved the way for the 32-year-old Hino to go over for his brace in the 72nd minute.

Tamura said the newcomers slotted in relatively seamlessly despite a short buildup for the test.

"We had a lot of players playing their first test (and) there was a lot to be happy about. We fought well until the end," the veteran flyhalf said. "We only had a two-week camp, but we improved noticeably from then until now."

Joseph lauded his side's set-piece execution but said he expected Uruguay to throw everything at the Brave Blossoms in next Saturday's second test in Kitakyushu, southwestern Japan.

"Our forward pack played particularly well today. They showed, particularly in the set piece, that when they settle into the game, they have some real potential," Joseph said.

"It was very a physical match...Next week is going to be an even bigger challenge."