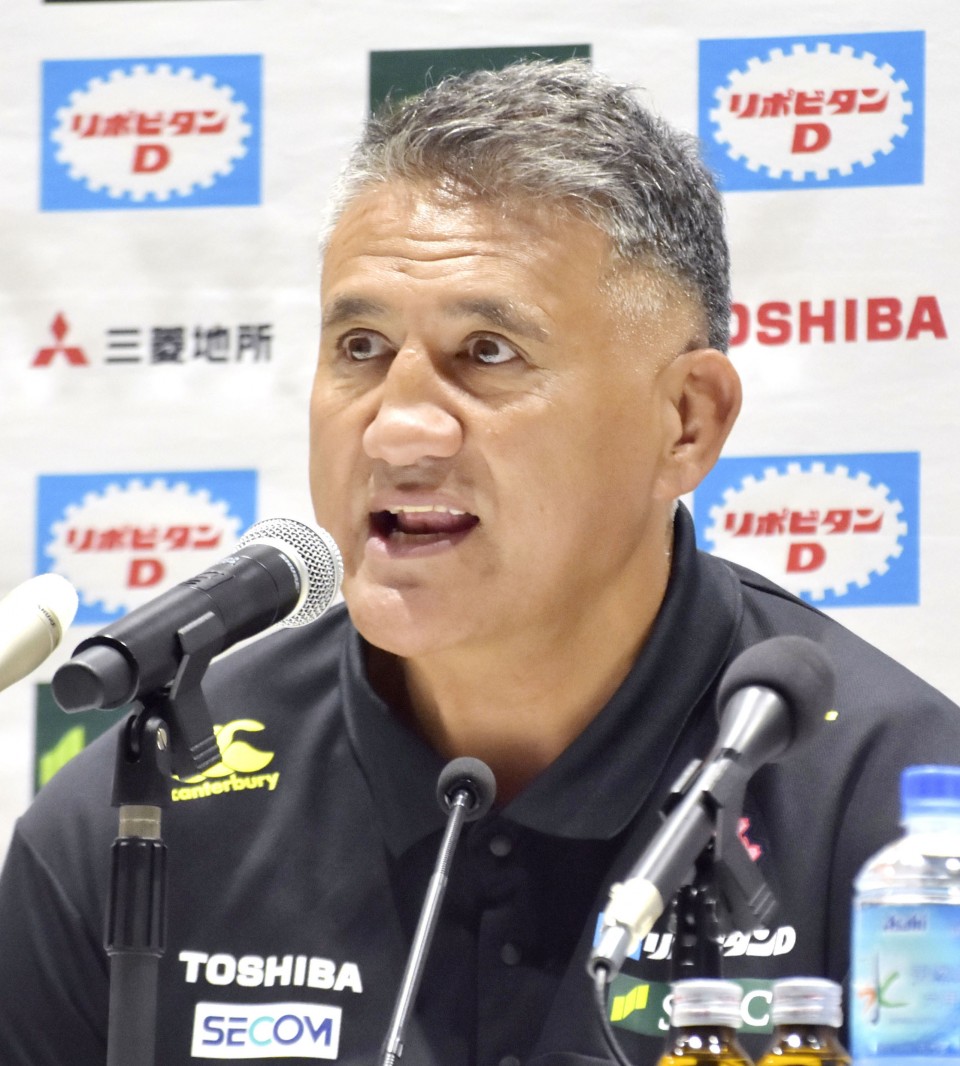 Japan rugby head coach Jamie Joseph speaks at a press conference in Tokyo on May 31, 2022. (Kyodo)

Hooker Shota Horie returned to the Japan squad for the first time since the 2019 World Cup among the 34 players named Tuesday for the Brave Blossoms training camp ahead of this summer's test matches against Uruguay and France.

Jamie Joseph's men will train in Miyazaki before taking on Uruguay in Tokyo and Kitakyushu on June 18 and 25. Japan will face France in Toyota and Tokyo on July 2 and 9.

Toyota Verblitz No. 8 Kazuki Himeno, one of the standout performers when Japan reached their first World Cup last eight in 2019, missed out as he is not fully fit.

With the World Cup in France starting in September next year, Joseph pointed out the importance of adding squad depth during a press conference with his preparation falling behind due to the COVID-19 pandemic.

The Japan Rugby Football Union also said Japan will play France in Toulouse in a Nov. 20 test after facing England on the 12th at Twickenham in London.

Ranked 10th in the world, Japan have drawn one and lost nine against second-ranked France, this year's Six Nations champions.

Japan will be based in Toulouse during the 2023 World Cup, with the Brave Blossoms scheduled to play two of their pool games there. 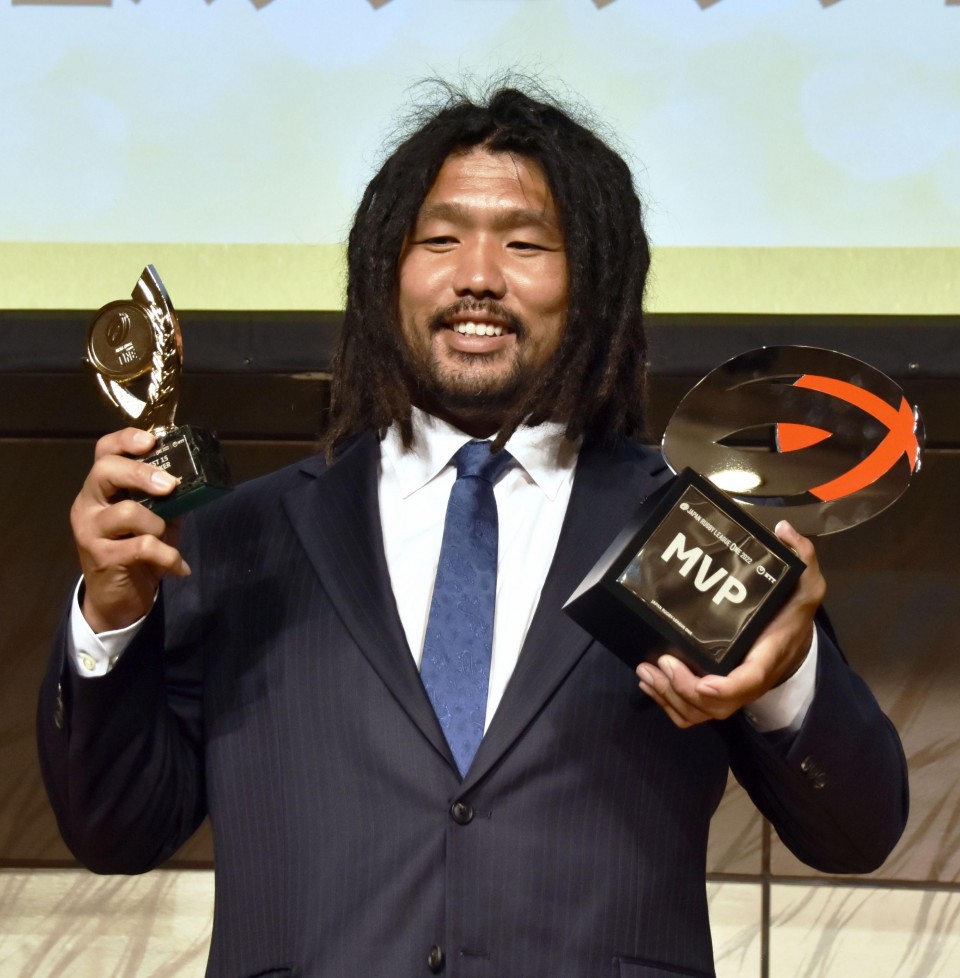 Veteran hooker Shota Horie receives the Japan Rugby League One MVP award during a ceremony in Tokyo on May 30, 2022, after the evergreen Japan international guided the Saitama Wild Knights to the inaugural championship. (Kyodo) ==Kyodo