North Korea reports outbreak of another infectious disease amid COVID-19

North Korea on Thursday reported an outbreak of another infectious disease at home, while the country has been struggling to curb the spread of the novel coronavirus.

North Korean leader Kim Jong Un has instructed officials to implement measures including quarantine, medical treatment and sterilization in a bid to contain an "acute enteric epidemic," according to the official Korean Central News Agency. 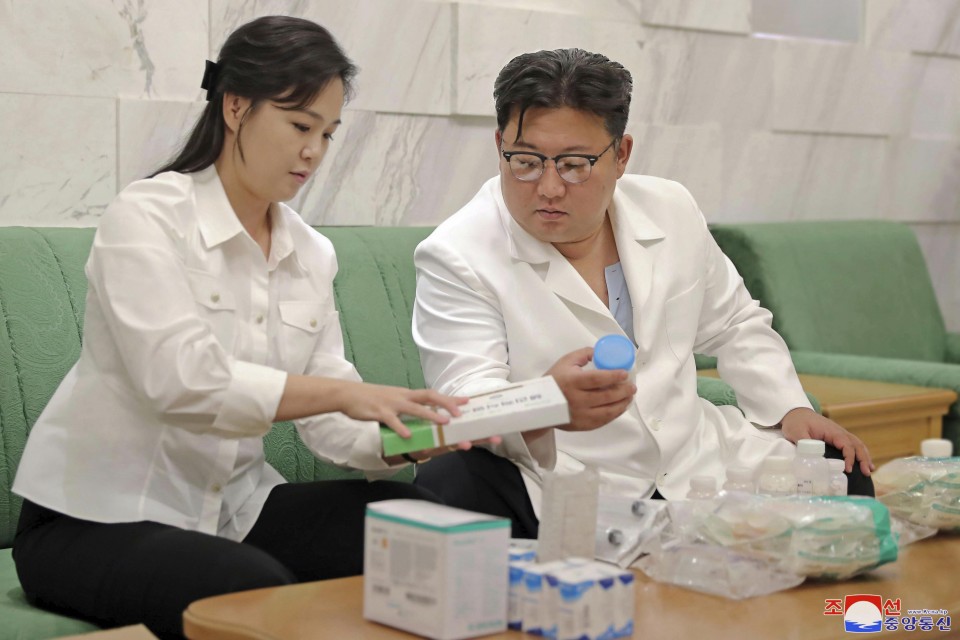 North Korean leader Kim Jong Un (R) examines medicines to be sent to Haeju on June 15, 2022, following the outbreak of another infectious disease in South Hwanghae Province in the southwestern part of North Korea. (KCNA/Kyodo)

Kim has donated his private medicines to people who have been infected with the new unidentified disease, KCNA said, adding the latest outbreak occurred in South Hwanghae Province in the southwestern part of North Korea.

On May 12, North Korea reported its first COVID-19 case since the pandemic began in 2020, but South Korea's spy agency cast doubt on whether Pyongyang's daily reports truly reflect the number of people infected with the coronavirus.

Seoul said that a considerable number of the fever cases that Pyongyang has reported have included patients with other infectious diseases such as typhoid.

North Korea said Thursday that more than 26,000 new cases of fever had been confirmed in the 24 hours through 6 p.m. Wednesday, bringing the total number to around 4.56 million since late April. The accumulated number of deaths during the period stood at 73.