COVID-19 movement restrictions were lifted in North Korea's capital of Pyongyang Sunday, weeks after the first novel coronavirus case was reported in the country, an informed source in Beijing said.

Earlier in the day, the state-run Korean Central News Agency reported the ruling Workers' Party of Korea had decided at its key meeting that it would coordinate "the anti-epidemic regulations and guidelines given the current stable anti-epidemic situation."

North Korean leader Kim Jong Un chaired the gathering, but KCNA did not report on his remarks. 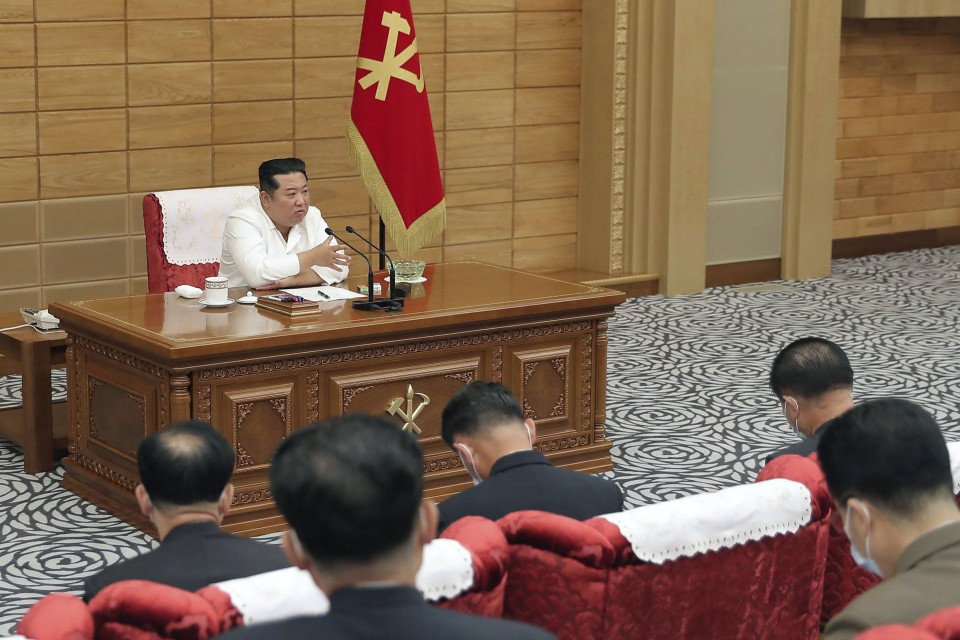 North Korean leader Kim Jong Un attends a consultative meeting of the Political Bureau of the Central Committee of the Workers' Party of Korea on May 29, 2022, in Pyongyang. (KCNA/Kyodo)

North Korea Sunday reported over 89,500 new fever cases, bringing the total number to more than 3.44 million since late April, amid a COVID-19 outbreak in the nation with a population of 25 million.

The total number of COVID-related deaths over the past month stood at 69. At least 186,000 people were being treated, and over 3.26 million people have recovered, according to KCNA.

On May 12, North Korea reported its first COVID-19 case since the pandemic began in 2020, prompting Kim to instruct officials to lock down all cities and counties across the country thoroughly.