The Osaka District Court on Thursday dismissed a lawsuit claiming Seven-Eleven Japan Co. unjustly terminated its contract with a convenience store franchisee over his decision to stop late-night operations.

Accepting the chain operator's claim that the termination resulted from his improper handling of customers, the court also ordered Mitoshi Matsumoto, the 60-year-old former franchisee, to give up the store and pay damages to the company.

Matsumoto, who has spearheaded a campaign among the nation's convenience store owners for shorter opening hours, criticized the court decision and said he will appeal the ruling to a high court. 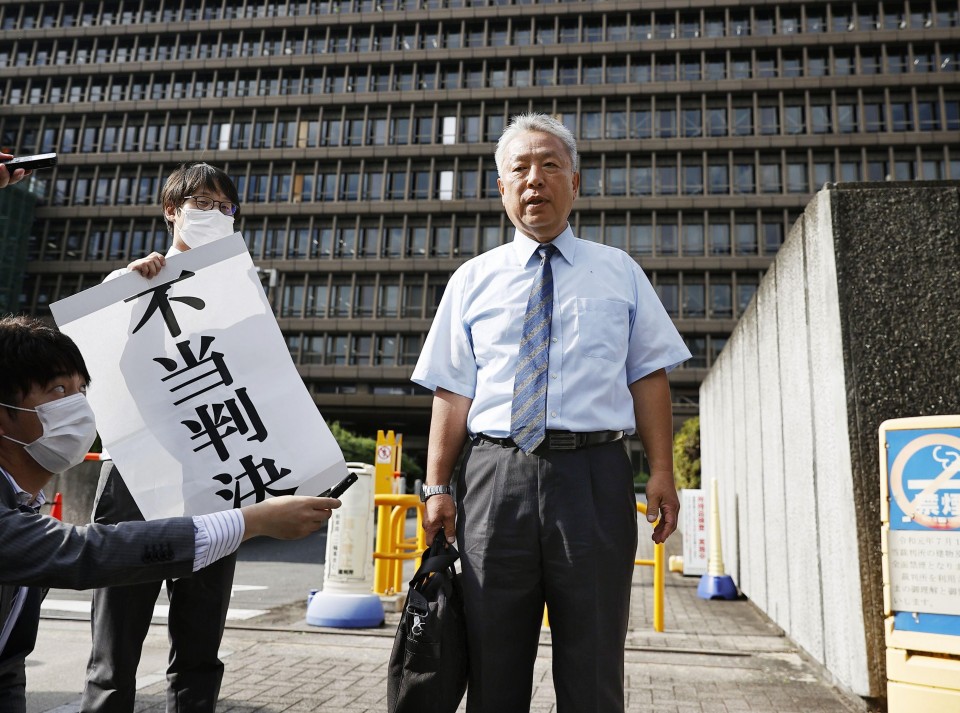 Seven-Eleven Japan Co.'s former franchisee Mitoshi Matsumoto speaks to reporters on June 23, 2022, in front of the Osaka District Court after his claim was dismissed. (Kyodo)

"I was surprised. The court just parroted the company's claims. I will appeal the ruling and fight till the end."

Matsumoto unilaterally stopped late-night operations at his 7-Eleven store in Higashiosaka in Osaka Prefecture in 2019, citing understaffing. The resulting disputes between Seven-Eleven and him shed light on the severe working conditions faced by many franchisees and led to a reexamination of their 24-hour operations.

According to the lawsuit, Matsumoto began closing his store between 1 a.m. and 6 a.m. every day in February of that year. He also announced that the store would be closed on New Year's Day in 2020.

Seven-Eleven terminated his contract on Dec. 31, 2019, saying it had received about 320 complaints about the store between its opening in 2012 and October 2019, about nine times the national average.

At the trial, Matsumoto's side argued the termination was retaliation for shortened business hours and that complaints cannot constitute a reason for canceling the contract because they were the result of the store dealing firmly with customers' troubling behavior.

The court's Presiding Judge Masanori Yokota accepted the operator's claim that Matsumoto's attitude toward customers, which became physical at times, had hurt its brand image and that the contract termination on the grounds of his handling of customers was valid.

The court ordered Matsumoto to pay the operator about 14.5 million yen ($106,500) in damages while charging him about 110,000 yen for each day he failed to return the store and its equipment after the cancellation.

Seven-Eleven welcomed the ruling, saying, "The court thoroughly accepted our claims. We will redouble our efforts for the patronage of customers in the area."

The chain operator set up a temporary store in the parking space of the original store and has been running it since May 2021.