A former Seven-Eleven Japan Co. franchisee, who spearheaded a campaign among the nation's convenience store owners for shorter opening hours, went to court on Wednesday, demanding that his terminated contract be reinstated.

Mitoshi Matsumoto drew widespread attention in February last year when he began closing his franchise store in Higashiosaka, Osaka Prefecture, in the early morning hours without company approval, citing a chronic labor shortage. At the time, Seven-Eleven required its stores to operate 24/7.

Matsumoto, 58, filed the suit against the company with the Osaka District Court following the decision by the country's largest convenience store chain operator to terminate his franchise contract at the end of last year, saying there had been numerous customer complaints about his store. 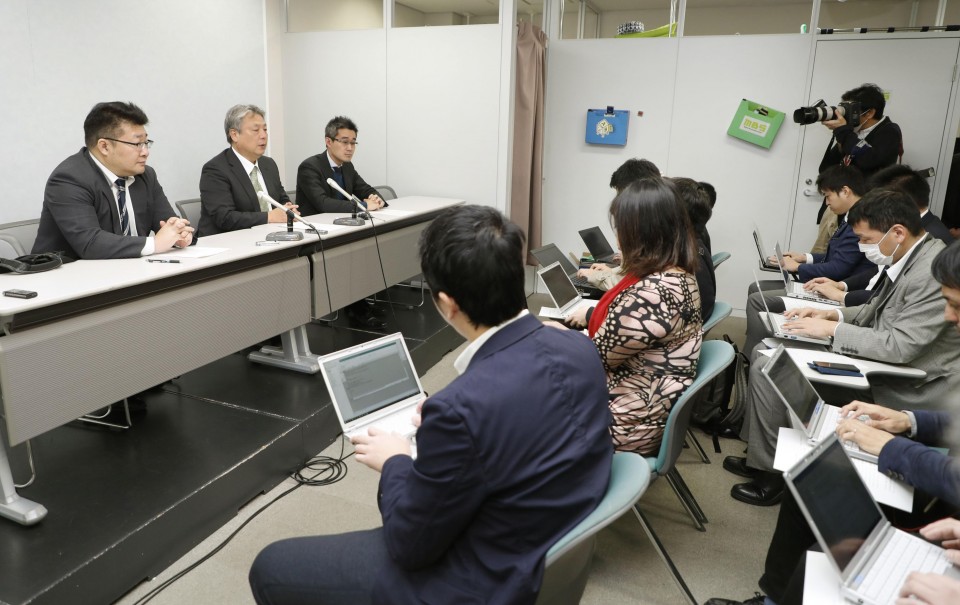 (Mitoshi Matsumoto (C) on the table)

The legal action follows a series of provisional steps taken by both sides, with Matsumoto seeking a court injunction in January to confirm his status as a store owner, claiming the company's decision to terminate his contract "was a measure to remove a central figure in a public movement calling for shorter opening hours."

Seven-Eleven Japan has also filed for provisional court orders to dispossess Matsumoto of the store and receive compensation from him.

"Now I feel I'm really going to fight," Matsumoto said at a press conference in Osaka. "I want to win so I can quickly resume operating my store, and also for the sake of franchise store owners across Japan (similarly experiencing a labor shortage)."

Matsumoto's store has been closed since January, as he can no longer purchase goods following the termination of his contract and has no inventory left.

Seven-Eleven Japan declined to comment on the suit, saying the company is still awaiting the court's provisional rulings.