Japan's major convenience store operators are exploring reduced holiday hours amid a labor shortage and rising public awareness about overwork issues, with Seven-Eleven Japan Co. and Lawson Inc. closing some of their outlets on New Year's Day as an experiment to gauge consumer reaction.

Seven-Eleven will close about 50 convenience stores in the Tokyo metropolitan area on Wednesday and shorten business hours on Thursday and Friday during Japan's three-day New Year holidays.

But the experiment will not involve any outlets run by franchise owners. Some who have been critical of Seven-Eleven's 24/7 operation policy as enforced in the franchise contract are expected to close their stores for the holiday without the company's approval. 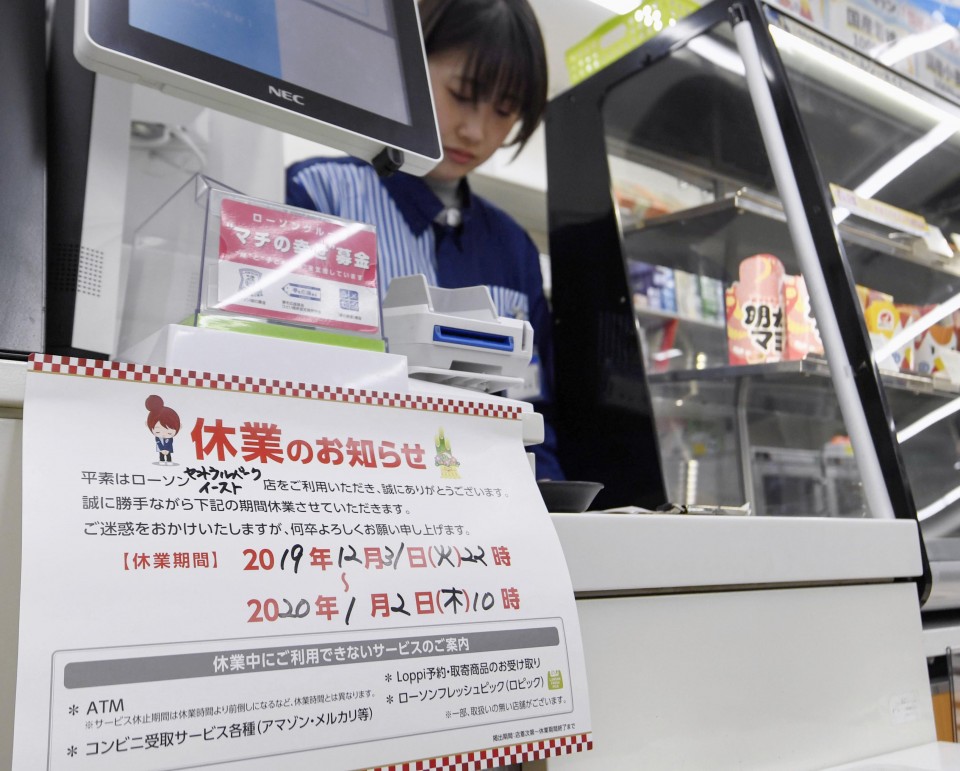 A labor union representing such franchisees submitted a petition to Seven-Eleven last week, seeking permission for owners to set their own hours on a flexible basis given the low sales volume around the holiday and the difficulty of meeting staffing requirements.

Uncertainty surrounding the 24/7 operation policy is set to continue into the new year, as Seven-Eleven has terminated a contract with a franchise operator in western Japan who has been closing his store in the early morning hours and demanded a holiday on New Year's Day.

Mitoshi Matsumoto, whose store is located in Higashiosaka, Osaka Prefecture, said he is considering filing a suit against the company, probably in early January.

His dispute with the Japanese retail giant prompted more franchise store operators to express concern about overwork amid a labor crunch.

Meanwhile, Lawson will close 102 outlets operated by franchise owners on New Year's Day after past data showed only a small number of customers on the holiday.

Some franchise owners will also close their stores on Tuesday and Thursday as part of a trial to help inform the company's decision making in 2021 and beyond.

FamilyMart Co., another major convenience store operator, is taking a different approach to address the labor shortage and complaints by franchise store owners.

FamilyMart will allow franchise owners of 109 stores to take leave during the holidays while substitutes provided by the company keep the outlets running.

Apart from convenience stores, other sectors of the retail industry are also taking a hard look at their policies regarding business hours on New Year's Day.

Many department stores now close for the holiday and begin the year's sales on Jan. 2, a change from earlier practices which saw big sales on the first day of the year to draw crowds of shoppers.

Even some family restaurant chains are beginning to shut down their outlets during the New Year holidays. Skylark Holdings Co. closes many of its restaurants from 6 p.m. on New Year's Eve until noon on New Year's Day. 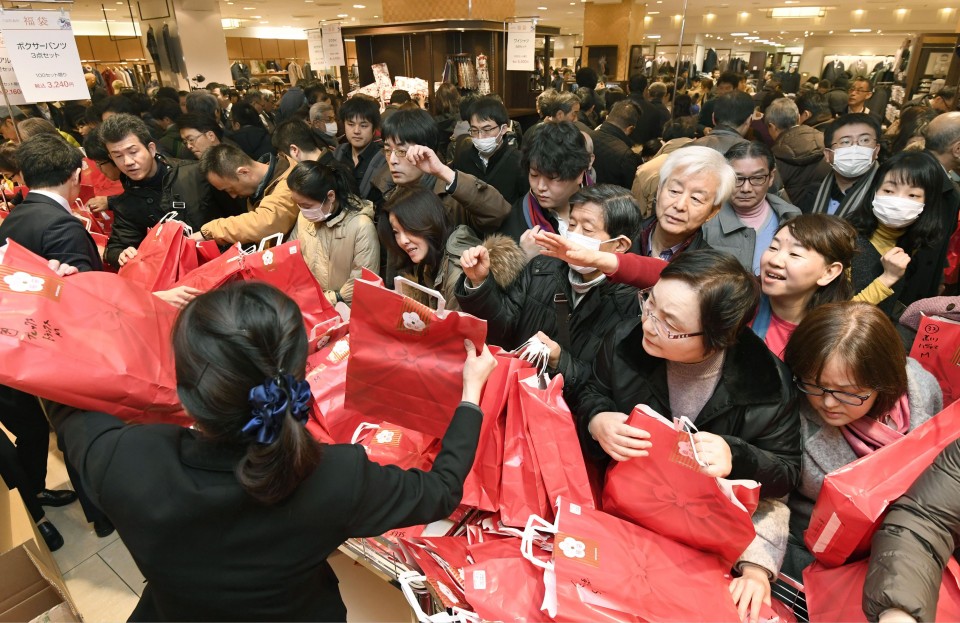