With Russia's ongoing invasion of Ukraine showing up the United Nations as a malfunctioning world body, the time to push anew for drastic reform may have come for Japan and many other nations.

Even minor changes to the system of five permanent Security Council members holding veto power is likely to be difficult due to that very power itself. But experts say the world can make a start by first tackling more realizable goals such as expanding nonpermanent seats on the council and boosting the role of the General Assembly as a forum for expressing international opinion. 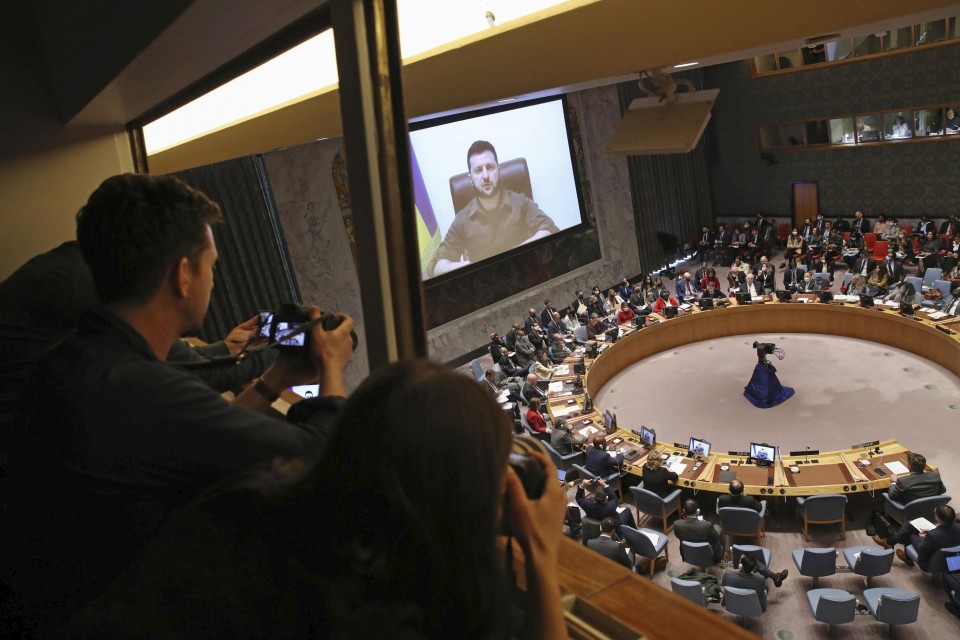 Japan, meanwhile, which has long aimed to become a permanent Security Council member, should take advantage of this reform "tailwind" to seek changes that would allow it to hold down a nonpermanent seat, and thus assert its presence in the council's discussions, for longer periods of time, according to the experts.

"Russia is challenging the United Nations by violating its Charter, so now is a very important moment that calls into question its raison d'etre," said Toshiya Hoshino, a professor at the Osaka School of International Public Policy at Osaka University. "U.N. reform might be unrealized forever if we miss this opportunity."

On Feb. 25, Russia vetoed a U.S.-led draft Security Council resolution that would have condemned Moscow's invasion of Ukraine launched the day before. Ten members joined Washington in voting for it, while three nations, including China, abstained. Since then, the organization has been unable to take effective measures.

Discussions on Security Council reforms have taken place many times before, but no proposals have been implemented as they entail amending the U.N. Charter, a process that requires ratification by at least two-thirds of the 15 Security Council nations, including all permanent members.

Yasuhiro Ueki, a professor at the Graduate School of Global Studies at Sophia University, said that it would be extremely hard to introduce any restrictions on the permanent members' veto power.

Even if the number of permanent members is increased instead, this could simply mean that vetoes are cast more frequently, he said, while noting that there would also be the issue of which nations to select to join the existing five with permanent seats.

Indeed, the benefit to Japan of gaining veto power would "not be that big as long as Japan and the United States maintain their solid alliance and close economic ties and share values, because Washington could effectively veto draft resolutions unfavorable to Japan on its behalf," Ueki said.

"The reality is that cutting to the heart of the permanent members problem from the very start will be tough, so the first thing to do is to concentrate on enlarging nonpermanent slots," said Ueki, who had a long career as a U.N. official.

He also proposed extending nonpermanent members' two-year terms to "about three or four years," as well as allowing their immediate re-election, which could pave the way for Japan to "stay as a member of the Security Council as long as possible, and be involved in its discussions as much as possible, as if Japan is always there."

Japan, which is currently not on the Security Council, has held a nonpermanent seat 11 times in total, more than any other nation, and is running for a 12th term in the next 2023-2024 period.

"The current situation will serve as a tailwind for U.N. Security Council reform, and also for Japan," Ueki said.

Hoshino, a former Japanese ambassador to the United Nations, agrees with the need to expand the Security Council's total membership and cites as a precedent an expansion in 1965 when the number of nonpermanent members rose from six to 10 out of the nearly 120 U.N. members at that time.

He said the fact that the world body's membership is now 193 nations, compared with the 51 original members, is a "persuasive reason" itself to include more nonpermanent members on the council.

He also points out the unbalanced composition of the current permanent members -- Britain, China, France, Russia and the United States.

"There are no African or Latin American nations, and of course, all of the five nations are nuclear powers. If the composition remains unable to reflect the changing times, it could undermine the legitimacy of the Security Council," Hoshino said. 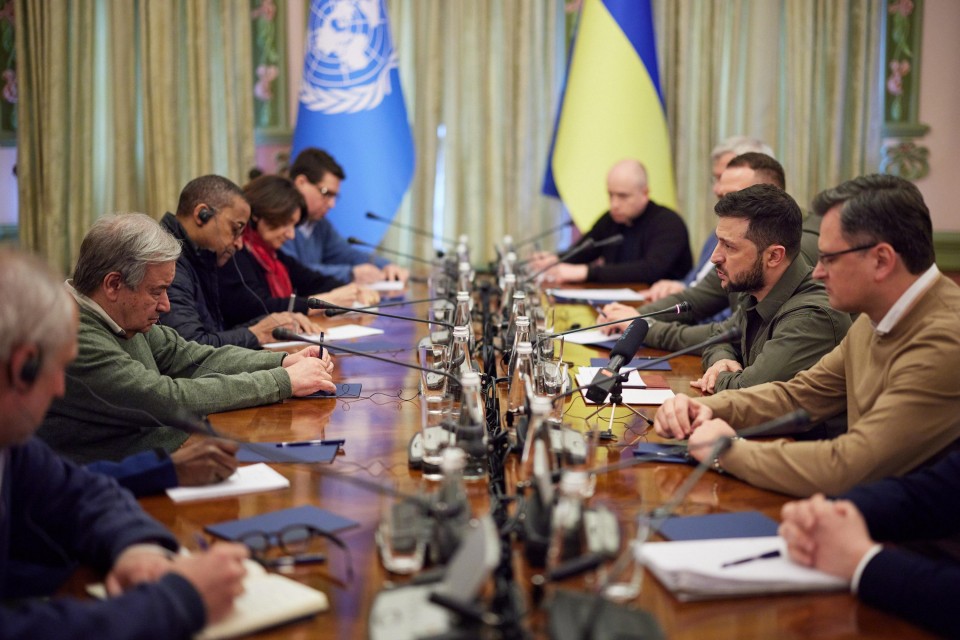 The experts also highlight the growing importance of the U.N. General Assembly, although its resolutions are nonbinding.

On Feb. 28, the assembly, the main U.N. policy-making organ, held an emergency special session, an unusual measure employed when the Security Council is unable to take action. Two days later, it adopted a resolution condemning Russia's invasion of Ukraine and demanding the immediate withdrawal of the Russian military, backed by 141 members.

Hoshino lauded the move as conveying the consensus view of the international community and "succeeding in sending a strong message that Russia is isolated." He also referred to two other resolutions -- one suspending Russia from the Human Rights Council, and another demanding the humanitarian situation related to the war be improved.

Last Tuesday, in addition, the assembly adopted a resolution to seek accountability from veto-wielding members in the Security Council. The move was initiated by Liechtenstein, which has said over 80 countries signed on as co-sponsors including Britain, France and the United States along with Japan and Germany.

The resolution will "give another new role" to the General Assembly and is "a step forward," Ueki said.

"The most realistic way to call for permanent Security Council members to practice self-restraint (on casting vetos) is strengthening the role of the General Assembly," he said.