Kushiro on the northern Japanese island of Hokkaido has produced a television program for Taiwan in a bid to promote the attractions of winter in the coastal city.

The program features a celebrity from Hokkaido and a Taiwanese social media influencer visiting sightseeing spots in Kushiro, including the Kushiro Marsh and the Akanko Onsen hot spring resort.

In addition to experiencing canoeing in Kushiro Marsh and wood carving at Akanko Onsen, Sana Ito, a Sapporo-based celebrity, and Lin Tsai-hsia, who lives in Obihiro, sample the culinary delights of the city. 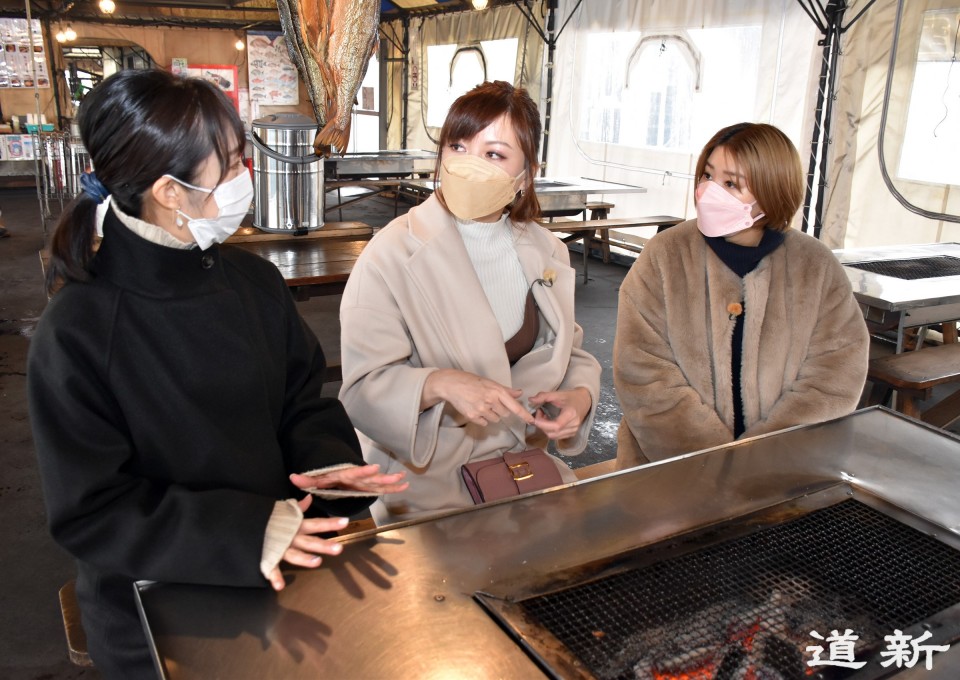 Ito, who enjoyed seafood at the robatayaki restaurant, said, "The salmon harasu (belly) was the best I've ever tasted. I hope I am able to convey the charm of Kushiro's winter, such as being able to enjoy canoeing, even in the winter."

In fiscal year 2019, before the outbreak of the novel coronavirus, Taiwanese accounted for 36 percent of the total number of foreign tourists visiting Kushiro, the largest number.

Lin posts for a Taiwanese audience on Facebook about daily life in Hokkaido and has around 47,000 followers.
"Many Taiwanese visit eastern Hokkaido for the fresh seafood and snow," she said.

The program, which was recorded jointly by Kushiro and Sapporo Television Broadcasting (STV), can be viewed on YouTube.

Program production is part of the Ministry of Internal Affairs and Communications' business, in which local governments and local broadcasting stations collaborate to disseminate local information overseas.

The city's tourism promotion office said, "After the coronavirus pandemic is over we would like to continue conveying the attraction of Kushiro so that many tourists from Taiwan will visit again."