A newborn spotted seal at Wakkanai Noshappu Aquarium in Hokkaido, northern Japan, has made its debut on social media, with video clips of its growth shared by the aquarium on its Facebook account.

The pup measured 64 centimeters and weighed about 10 kilograms at birth in late March. Thanks to its mother’s milk and plenty of sleep, it quickly grew to 17 kilograms in just a week. 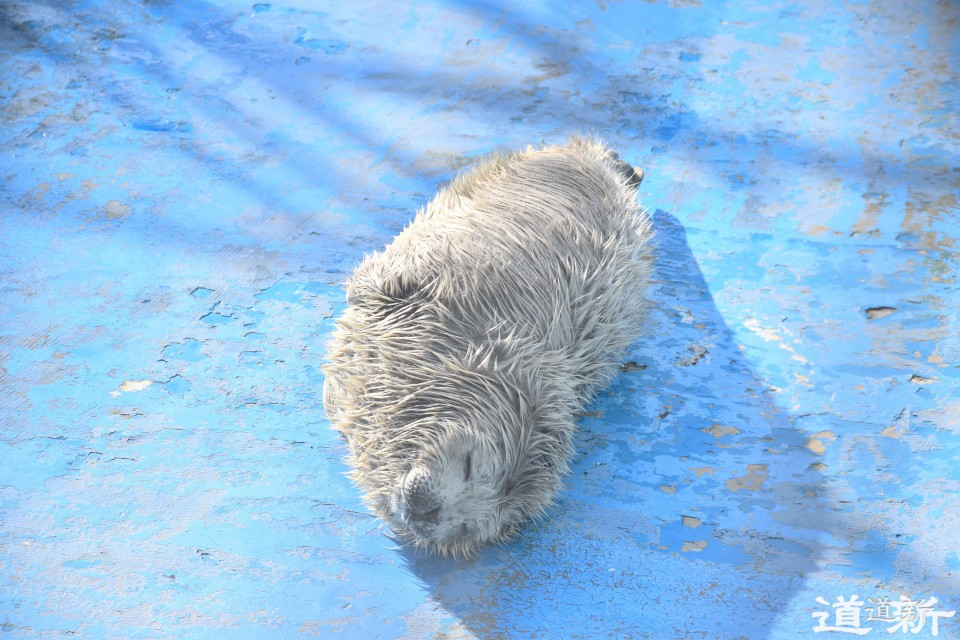 A baby spotted seal basks in the sun at Wakkanai Noshappu Aquarium in Hokkaido.

The baby spotted seal’s fluffy white fur usually sheds in about two to three weeks and is replaced with a greyish coat with dark spots.

The aquarium has been temporarily closed since April 1, but is scheduled to reopen on April 29.

“The pup spotted seal won’t be fluffy white anymore by the time we reopen, but we look forward to everyone visiting to come see how much it has grown,” a staff member at the aquarium said.