The success of Japan's women's curling team at the Beijing Winter Olympics has boosted tax revenues for the team's hometown in Hokkaido, northernmost Japan.

As the team, known by its club name Loco Solare, advanced in the curling competition, Kitami, the city where the team's hometown Tokoro is located, garnered 71,398,000 yen (about $620,000) in revenues in February, some 3.6-fold up from a year earlier, under Japan's "hometown tax" program. Under the program, taxpayers make monetary donations to municipalities and get a variety of thank-you gifts and a tax break in return. 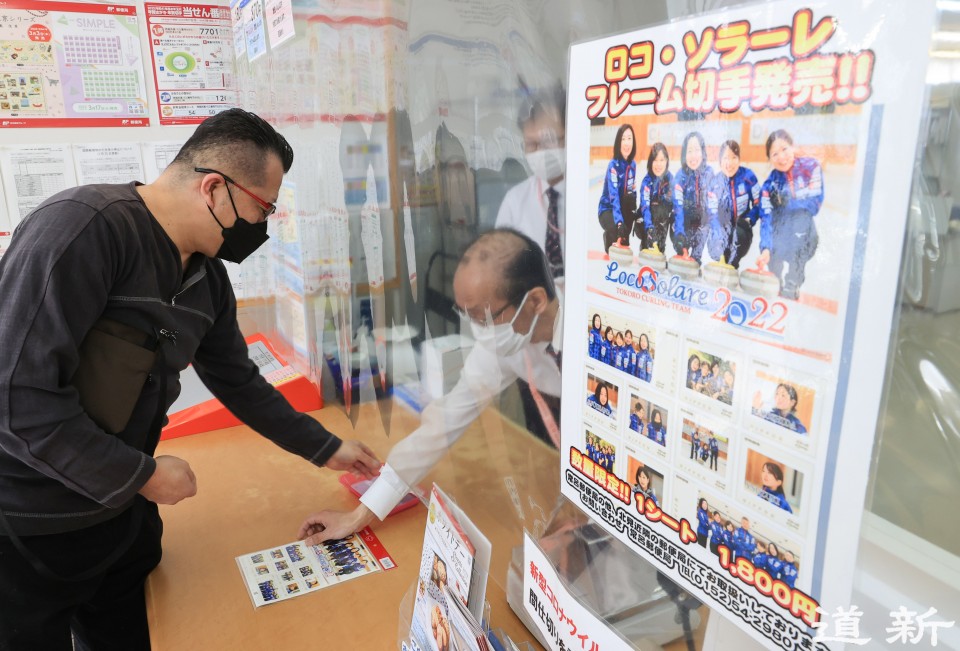 The surge in revenues was also seen in 2018 when the team won bronze at the Pyeongchang Winter Olympics.

As thank-you gifts for this year's donors, the city prepared tumblers and towels with the logo of Loco Solare.

Japan Post Co., meanwhile, put out special stamp sets in late February featuring the team. It offered 2,000 sets at 67 post offices in northeastern Hokkaido, and they sold out on the initial day.