A cat-like robot is serving dishes at a soba noodle restaurant in Otaru in Hokkaido, northern Japan.

The BellaBot delivery robot says things in Japanese like "Here comes the dish of your order, meow," and has a cute emoticon on the touch panel used as its face as it delivers dishes to tables, helping the restaurant to deal with a labor shortage. 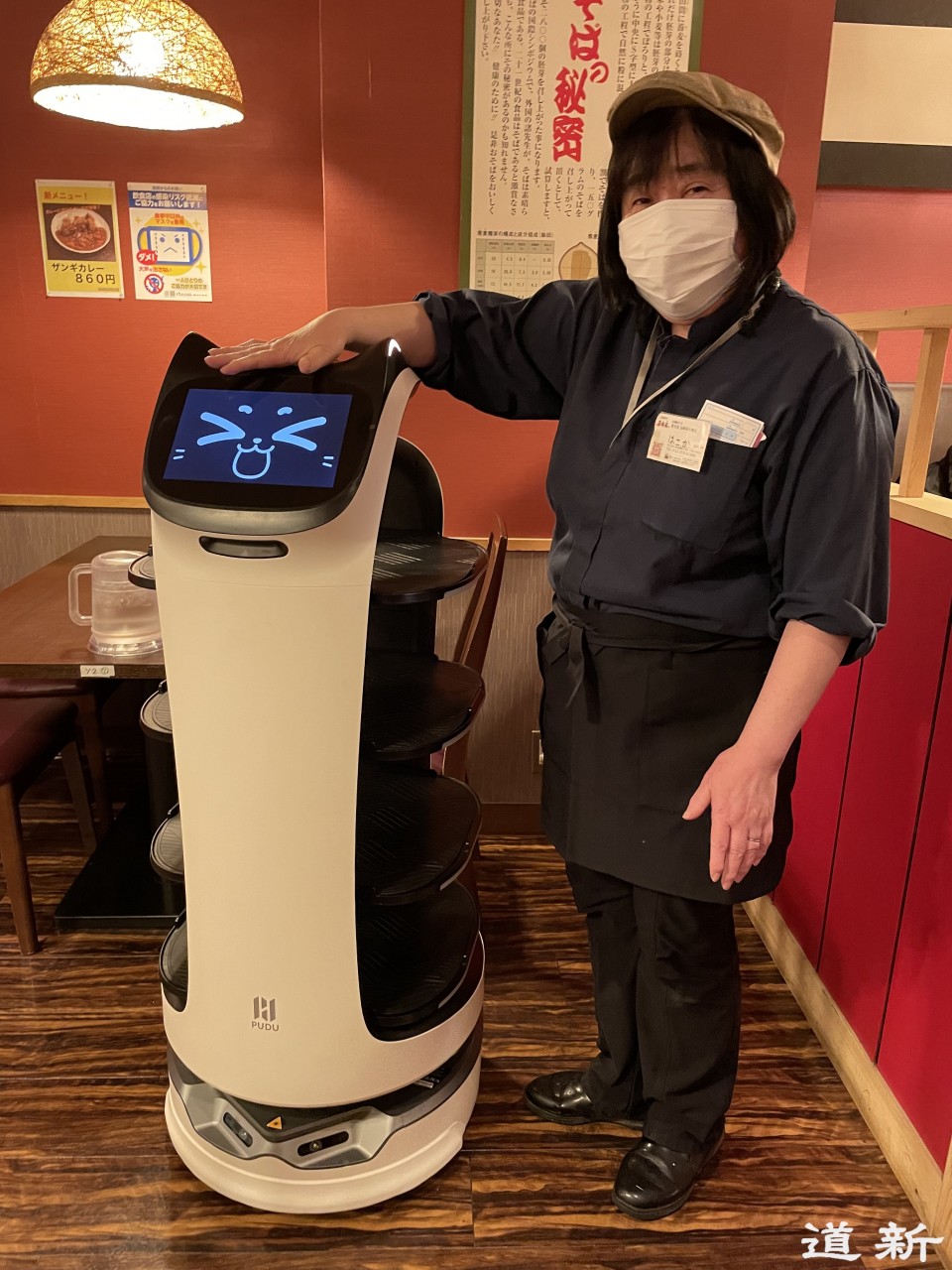 An employee shows the BellaBot delivery robot at the Hamikawa restaurant in Otaru, Hokkaido.

According to Sapporo-based company Anist, which runs the Hamikawa restaurant, the robot developed by Chinese firm Pudu has been working there since Dec. 28, after being introduced at two other Hamikawa outlets in Hokkaido in November.

The robot, 129 centimeters tall and about 57 cm in diameter, can autonomously deliver four trays in its torso after staff enter table numbers.

Using its sensors, the robot skirts obstacles, saying, "Let me pass through, meow."

"It has not only reduced the burden on employees but has also helped with coronavirus measures by cutting human contact during service," said Yoshiaki Matsushiro, manager of the Otaru outlet. "Above all, it's nice that we can see more customers smile."

Many customers prefer to be served by the robot and some of them take videos, he said.