Shohei Ohtani had his first multi-hit game in five games Saturday as the Los Angeles Angels snapped a four-game losing streak with a 5-3 victory over the Oakland Athletics.

Ohtani went 2-for-4 with a run scored, reaching on a first-inning single at Angel Stadium. He singled again in the sixth and scored the Angels' second run on a bases-loaded walk. 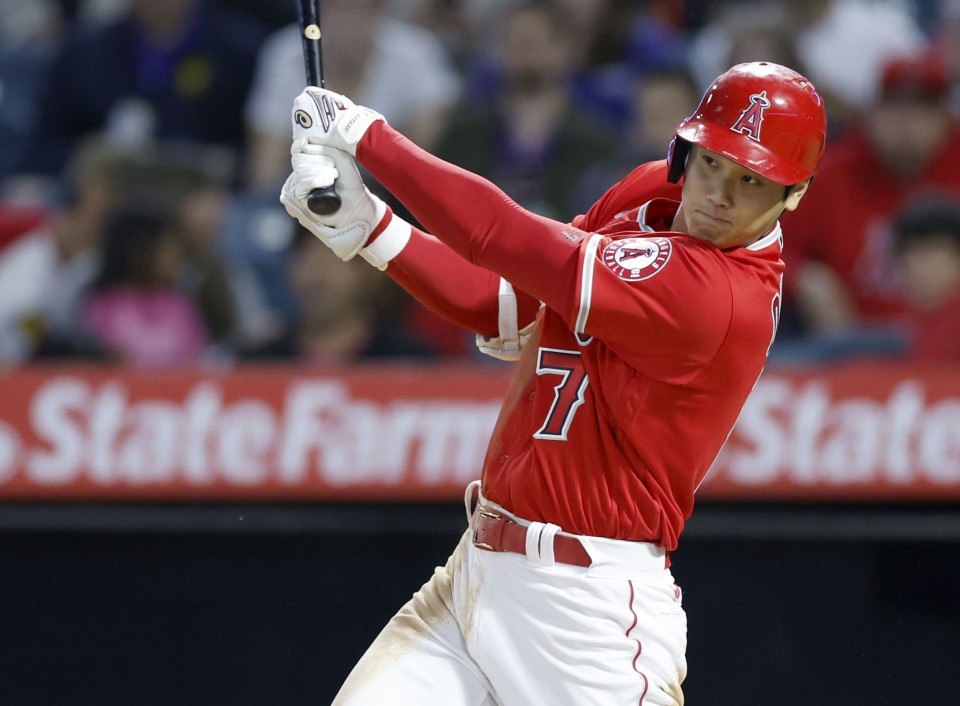 Shohei Ohtani of the Los Angeles Angels hits a single in the sixth inning of a baseball game against the Oakland Athletics on May 21, 2022, at Angel Stadium in Anaheim, California. (Kyodo) ==Kyodo

The Angels' designated hitter and a regular member of their starting rotation, Ohtani has struggled to produce at the plate in recent weeks.

On the mound, however, he has shown his quality in each of his three May starts with a 1.42 ERA for the month.

At Wrigley Field, Seiya Suzuki was 1-for-5 with an RBI and a run scored for the Chicago Cubs, who were beaten by the Arizona Diamondbacks 7-6 in 10 innings.

At PNC Park, Yoshitomo Tsutsugo went 2-for-4 with an RBI, but the Pittsburgh Pirates were unable to overcome an early deficit in a 5-4 loss to the St. Louis Cardinals.