Shohei Ohtani crushed a two-run homer for the second straight game Sunday, giving the Los Angeles Angels an early lead in their 4-1 victory over the Oakland Athletics.

A day after becoming the third Japanese player ever to hit 100 home runs in Major League Baseball, Ohtani sent No. 101 soaring deep to right-center in the first inning at Oakland Coliseum.

The 130-meter blast, off a 154-kilometer-per-hour sinker from right-hander Frankie Montas, was Ohtani's eighth big fly of the season.

Montas (2-4) intentionally walked Ohtani in the third to prevent him swinging with a runner on third base. The two-way superstar finished the game 1-for-3. 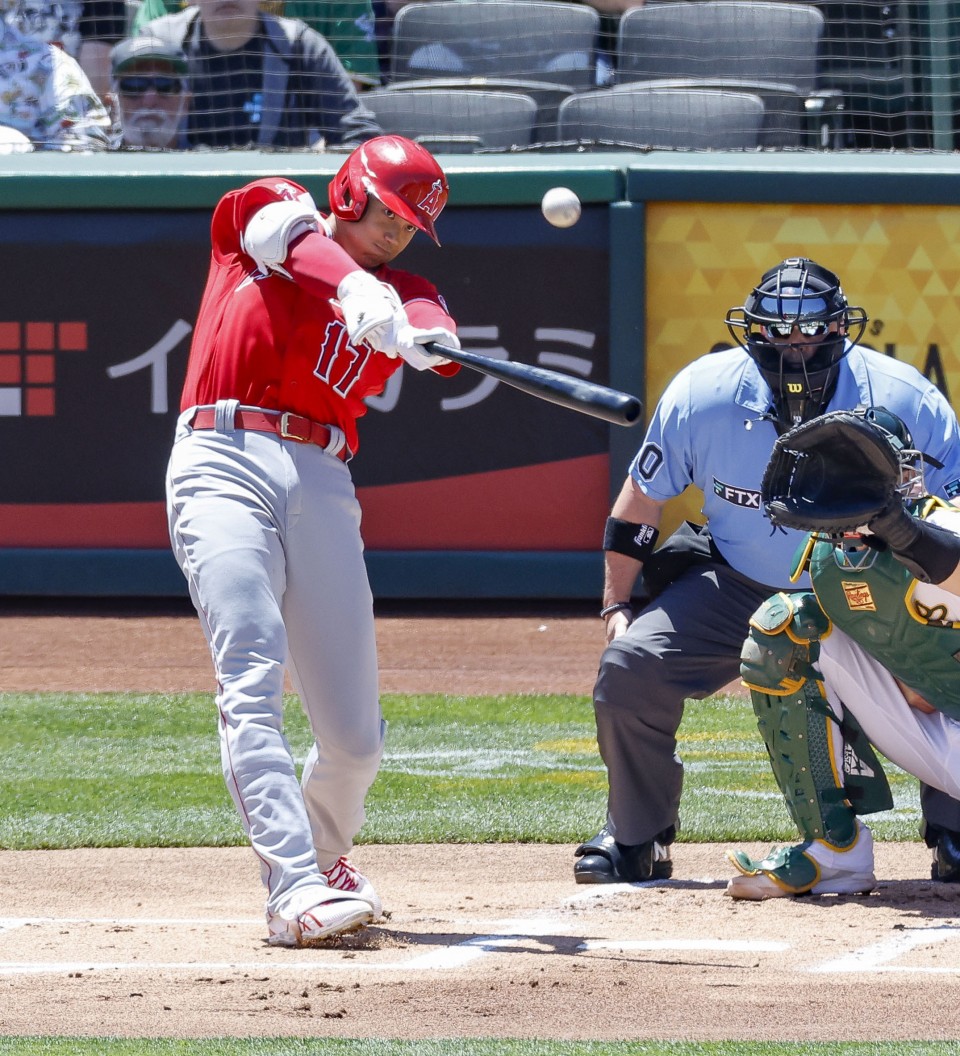 Shohei Ohtani of the Los Angeles Angels hits a two-run home run in the first inning of a baseball game against the Oakland Athletics on May 15, 2022, at Oakland Coliseum in Oakland, California, his eighth homer of the season. (Kyodo) ==Kyodo

Patrick Sandoval (2-1) threw 6-1/3 innings, allowing one run on four hits and four walks, to help the Angels wrap up the road series win.

Ohtani is scheduled to make his next pitching start on the road Wednesday against the Texas Rangers. The 27-year-old American League MVP will be looking for redemption after surrendering six runs and getting the hook in the fourth inning of a 10-5 loss to the Rangers on April 14.

In other MLB action, the Chicago Cubs' Seiya Suzuki hit a double in the first inning of a 3-2 win over the Arizona Diamondbacks, finishing 1-for-3 with a walk.

Yoshitomo Tsutsugo went 0-for-3 for the Pittsburgh Pirates, who won 1-0 despite going hitless against the Cincinnati Reds. It is just the sixth time a MLB team has lost while no-hitting an opponent.

The Reds gave up the sole run following three straight walks and a fielder's choice in the eighth.