Shohei Ohtani tossed his third straight quality start on Wednesday night but the Los Angeles Angels allowed the Texas Rangers to come back to win the game 6-5 in 10 innings, sweeping the three-game series at Globe Life Park.

Ohtani was not involved in the decision as he left with the game tied 2-2. The Angels' two-way star allowed two runs on six hits and two walks with seven strikeouts, and also recorded two wild pitches and a hit-by-pitch. 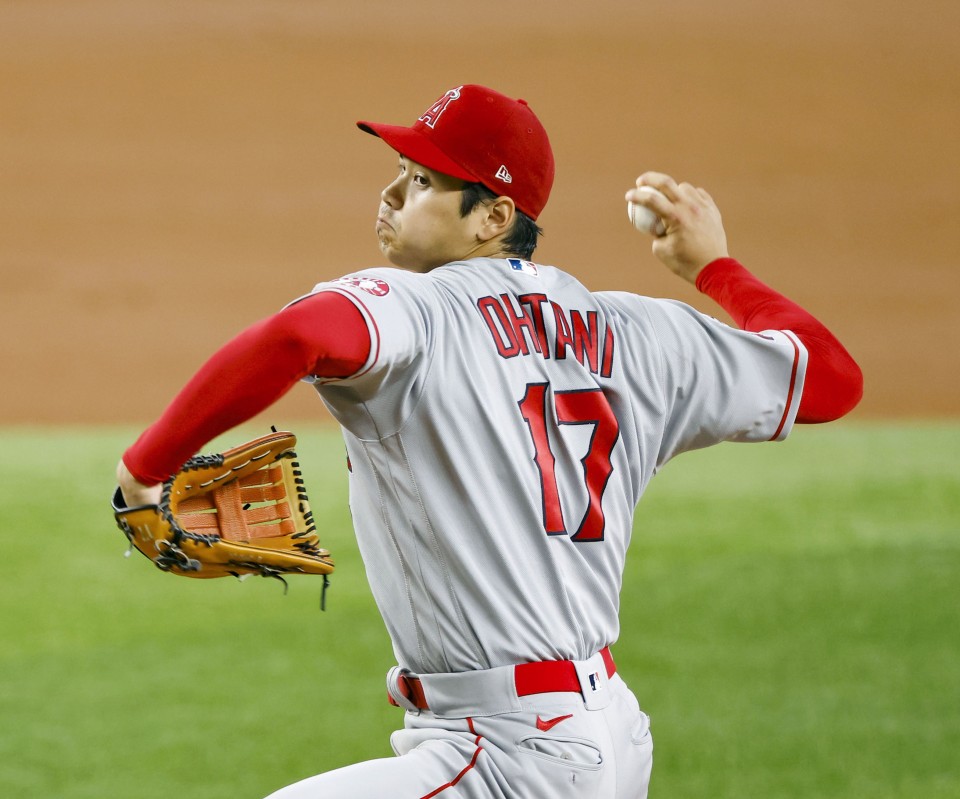 Shohei Ohtani of the Los Angeles Angels pitches during a baseball game against the Texas Rangers on May 18, 2022, at Globe Life Field in Arlington, Texas. (Kyodo) ==Kyodo

At the plate, he went 0-for-5 as the designated hitter.

Jared Walsh hit a game-tying, two-run homer in the ninth to force extra innings and the Angels took back the lead 5-4 in the top of the 10th, only for Nathaniel Lowe to hit a dramatic two-run, walk-off homer off Raisel Iglesias (1-2) in the bottom half of the frame.

At Wrigley Field, Chicago Cubs right fielder Seiya Suzuki went 1-for-3 with a walk and a run scored in the team's 3-2 loss to the Pittsburgh Pirates. Pirates first baseman Yoshitomo Tsutsugo was hitless in four at-bats.