North Korea fired three missiles, including one capable of intercontinental range, off its east coast on Wednesday, according to the South Korean government, a day after U.S. President Joe Biden ended his first Asia trip since taking office, vowing to team with allies to deter Pyongyang from further provocations.

The first projectile, presumed to be an intercontinental ballistic missile, flying about 360 kilometers with a maximum altitude of around 540 km, was launched at around 6 a.m., followed by two others at 6:37 a.m. and 6:42 a.m. from Pyongyang's Sunan area, according to the military. 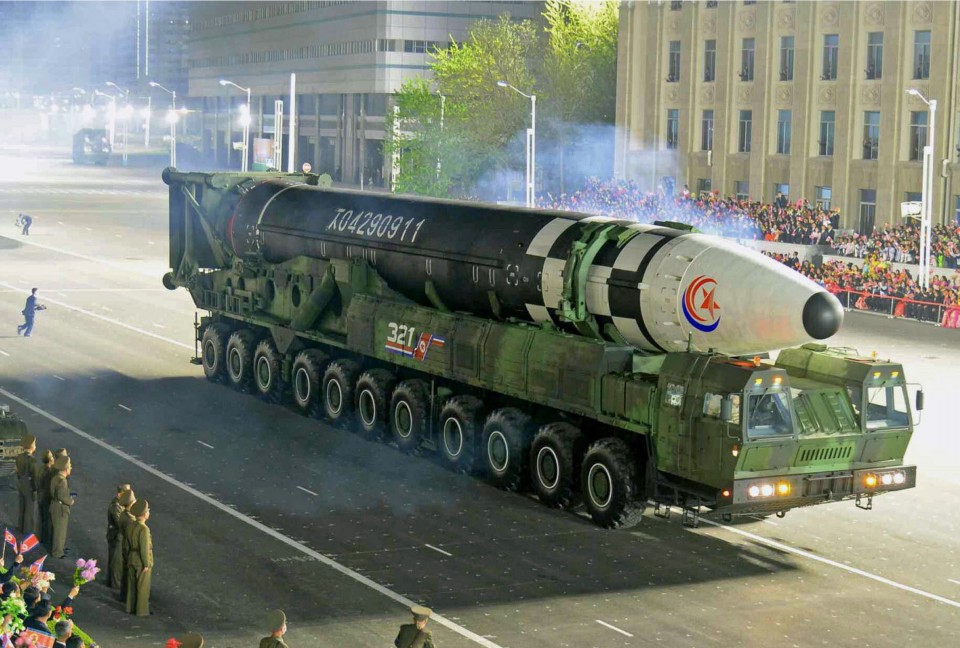 This photo of the Hwasong-17 new type intercontinental ballistic missile being displayed during a military parade in Pyongyang on April 25, 2022, appeared in North Korea's Rodong Sinmun on April 26.  (Photo courtesy of Korea Media)(Kyodo)

The third, flying about 760 km, reaching as high as 60 km, was believed to be a short-range ballistic missile, using solid fuel that would require less preparation time, while the second disappeared from radar after reaching an altitude of about 20 km and was thought to have failed in midair, it said.

Japan's Defense Minister Nobuo Kishi and other officials in Tokyo said the missiles apparently landed outside the country's exclusive economic zone, and there were no reports of damage to ships or aircraft.

Missiles are fired on steep or "lofted" trajectories to test capabilities. Concerns have grown about North Korea's development of nuclear-capable ICBMs that could reach the U.S. mainland.

The South Korean security adviser said one of the missiles fired by North Korea on Wednesday was a new Hwasong-17 ICBM, which Pyongyang said it tested in late March. The country's most powerful ICBM is said to be capable of traveling more than 15,000 km if it follows a normal trajectory.

Regarding the timing of a nuclear test, he said, "It is unlikely it will happen within a day or two, but I think there is a sufficient possibility after that."

"North Korea's recent actions, including its ballistic missile launches, threaten the peace, stability and safety of Japan and the international community and are not acceptable," Kishi told reporters. Tokyo lodged a protest with North Korea via the Japanese Embassy in Beijing.

The U.S. Indo-Pacific Command said the missile tests highlighted "the destabilizing impact of the DPRK's illicit weapons program," referring to the country by the acronym for its official name, the Democratic People's Republic of Korea.

North Korea has conducted 15 rounds of ballistic missile tests since the beginning of this year, of which at least five were ICBMs.

The number of ballistic missile tests has already matched the record marked in 2016.

It fired short-range ballistic missiles on May 12, even as the secretive state is believed to be grappling with a suspected outbreak of COVID-19 in its capital Pyongyang.

Hayashi and Blinken shared their "serious concerns" about North Korea's missile and nuclear development programs and agreed to coordinate closely based on the recognition it is "essential" to boost the deterrence and response capabilities of the bilateral alliance, Japan's Foreign Ministry said.

The U.S. and South Korean militaries jointly launched surface-to-surface missiles toward the Sea of Japan on Wednesday to show their strike capabilities following North Korea's move, according to South Korea's Joint Chiefs of Staff. 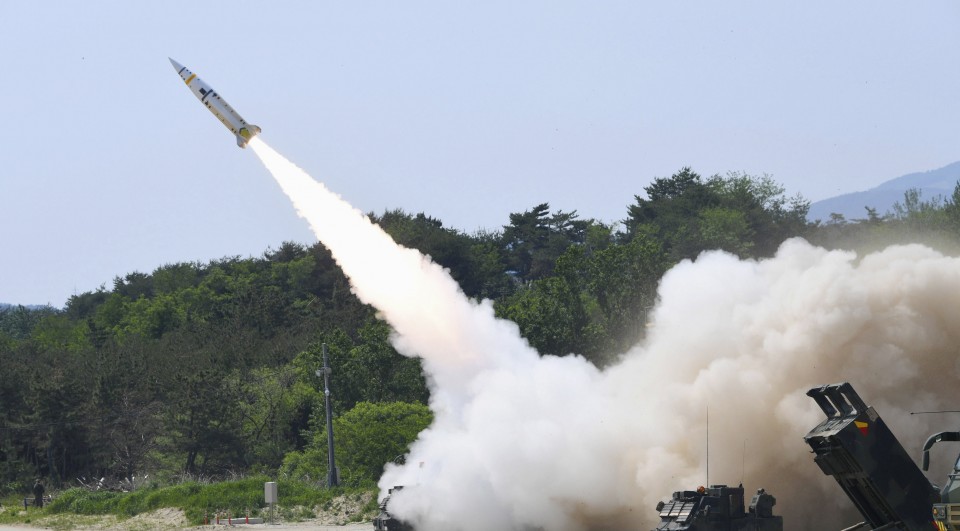 The U.S. military fires an ATACMS surface-to-surface missile from the eastern coast of South Korea toward the Sea of Japan on May 25, 2022. (Photo courtesy of South Korea's Joint Chiefs of Staff)(Kyodo)

Ahead of and during Biden's first visit to Asia since becoming president in January last year, Japan, South Korea and the United States were on high alert for possible provocations by North Korea. 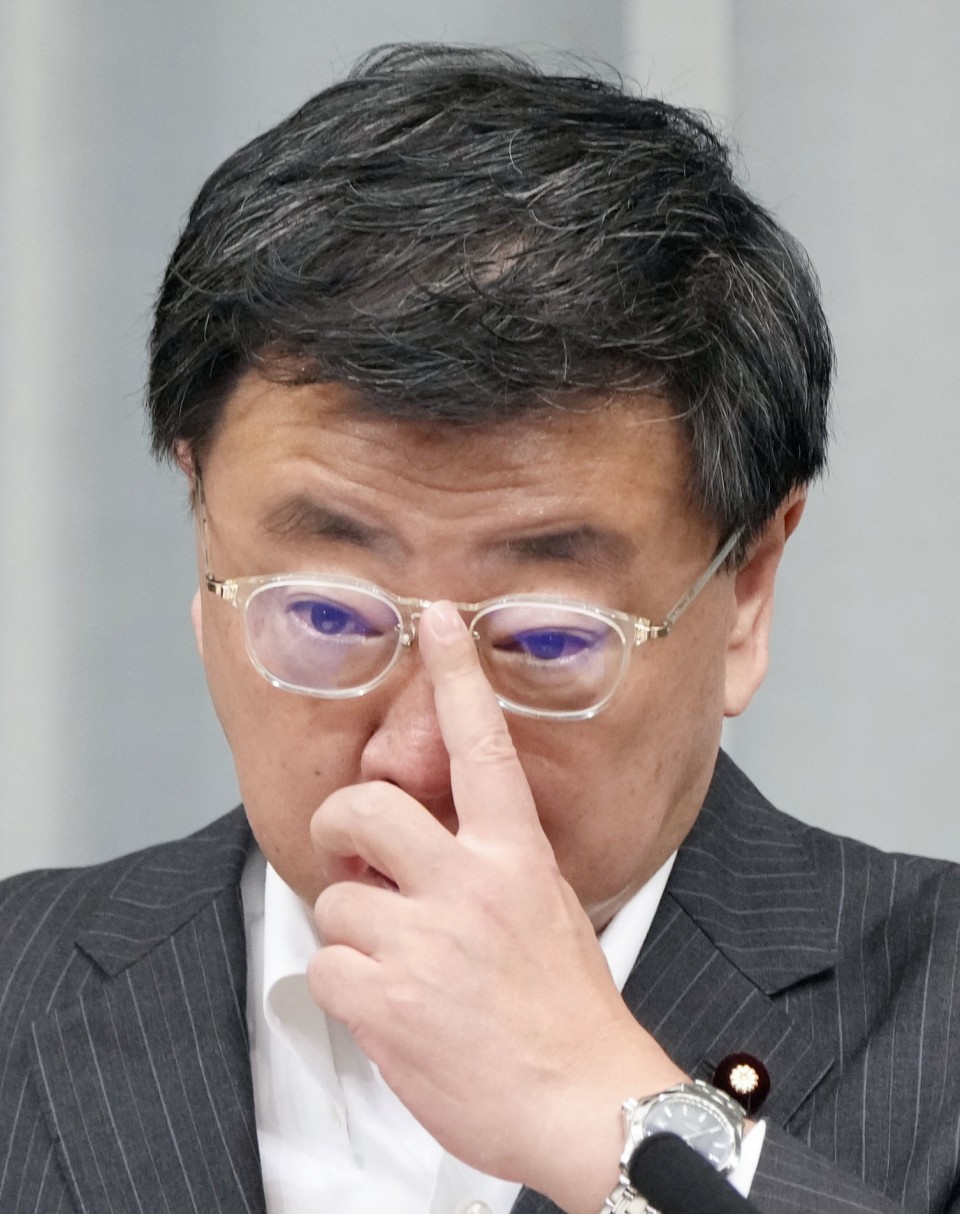 "There is a possibility that North Korea will engage in more provocative action, including a nuclear test," Japan's top government spokesman Hirokazu Matsuno said at a press conference. "We will work closely with the United States and South Korea to realize North Korea's complete denuclearization."

Officials of the countries had been saying that based on intelligence, North Korea could launch an ICBM or resume its nuclear tests.

Biden agreed Saturday in Seoul with new South Korean President Yoon Suk Yeol, who is known to take a harder stance on Pyongyang than his predecessor Moon Jae In, to boost deterrence against North Korea.

In Tokyo, Kishida and Biden affirmed the importance of bilateral as well as trilateral cooperation with South Korea, condemning North Korea's nuclear and missile development and urging the country to abide by its obligations under U.N. resolutions.

The North Korean missile threat is one of the major reasons lawmakers from Kishida's ruling Liberal Democratic Party are calling for Japan -- which has long held its exclusively defense-oriented policy -- to have the capability to counterstrike enemies.