U.S. President Joe Biden on Monday urged North Korea to correct the "historic wrong" of its past abductions of Japanese nationals in the 1970s and 1980s, and to fully explain the situations of those still unaccounted for.

In a meeting in Tokyo with the families of Japanese who were abducted by North Korean agents, Biden expressed his condolences and "called on North Korea to right this historic wrong and provide a full accounting of the 12 Japanese nationals who remain missing," according to the White House. 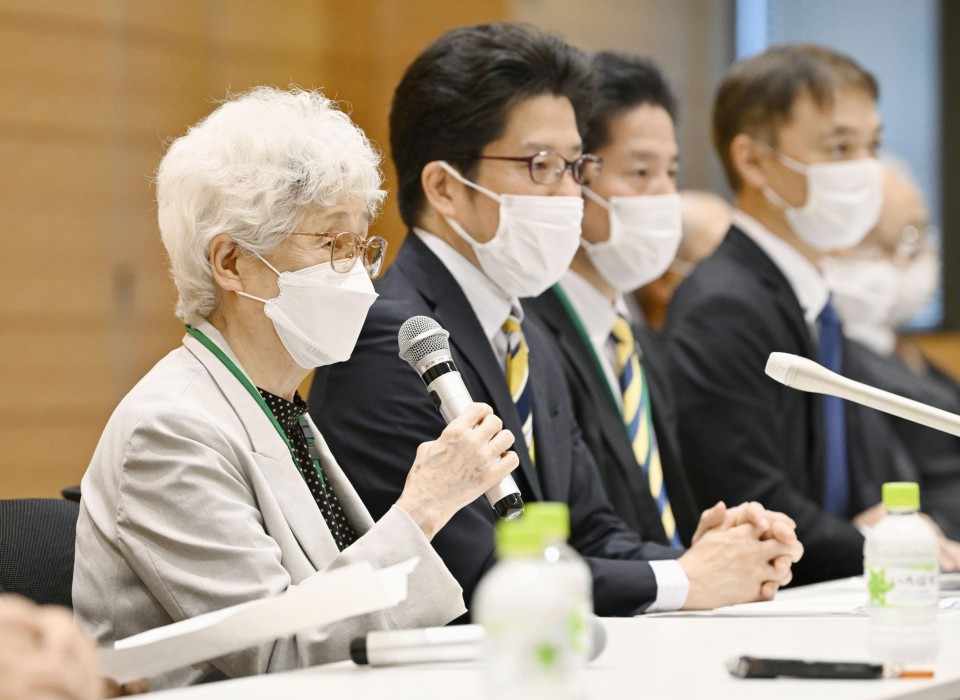 Sakie Yokota (far L), whose daughter Megumi was abducted at the age of 13 in 1977, and other family members of victims of North Korean abductions hold a press conference after meeting with U.S. President Joe Biden in Tokyo on May 23, 2022. (Kyodo)

Biden met with the families "to express solidarity with the victims" and to give support to Japanese Prime Minister Fumio Kishida's efforts to "resolve this painful issue," the White House added.

Takuya Yokota, 53, head of a group of the victims' families, told a press conference that their meeting with Biden itself could "put strong pressure on North Korea" and asked Kishida to take the lead in addressing the issue.

Yokota's elder sister Megumi was abducted on her way home from school in 1977 at age 13. 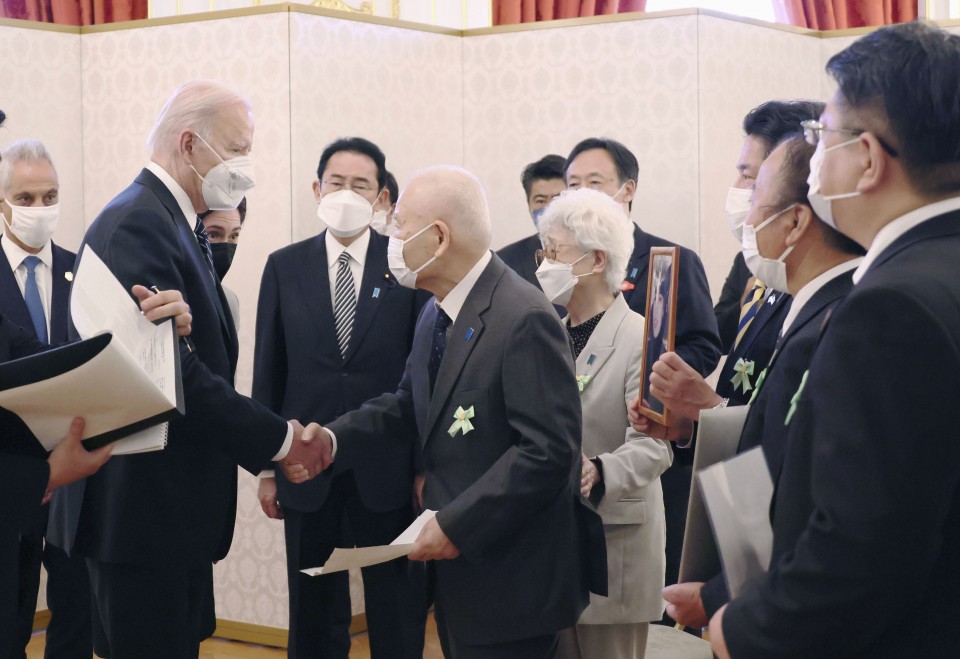 Megumi's mother Sakie Yokota, 86, said Biden fell on a knee to hug her as she was seated.

She quoted Biden as saying he well understands the feelings of abductees' families because two of his children have died.

During the about-30-minute talks, Biden listened to each family's story, according to the group.

Participants, 11 people of eight families, also included Koichiro Iizuka, 45, secretary general of the group and the eldest son of Yaeko Taguchi who went missing in 1978 at age 22. Neither of Taguchi and Megumi Yokota has been returned.

In a meeting earlier Monday, Kishida and Biden "reaffirmed U.S. commitment to the immediate resolution of the abductions issue," according to a post-summit joint statement.

The abduction issue has been a major stumbling block for normalizing diplomatic ties between Tokyo and Pyongyang along with North Korea's nuclear and missile development. It has become more urgent as relatives of the abductees are aging.

Japan officially lists 17 people as confirmed victims, five of whom were repatriated in 2002, and suspects North Korea's involvement in many more disappearances.