Finance chiefs from the Group of Seven major developed countries on Thursday agreed to provide Ukraine with further financial support as Russia's invasion of the Eastern European nation continues, a Japanese official said.

The agreement was reached during the first day of their meeting in Koenigswinter, near the German city of Bonn. The group's finance ministers and central bankers are still discussing the amount of financial help to be offered, the official said.

They also confirmed "strong" sanctions will be maintained with pressure to be stepped up on Moscow, according to the Japanese Finance Ministry official, who spoke on condition of anonymity. 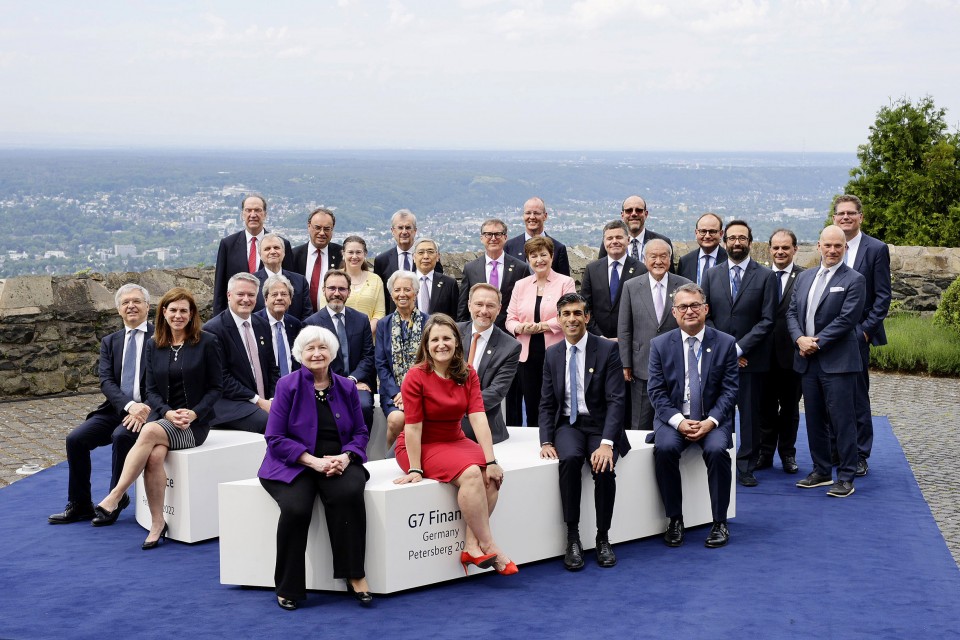 Group of Seven finance ministers and central bank governors pose for a photo ahead of their meeting in Koenigswinter, Germany, on May 19, 2022. (Photo courtesy of German government)(Kyodo)

Finance Minister Shunichi Suzuki told reporters that he pointed out in the meeting the importance of "maximizing the effectiveness of the economic sanctions while mitigating their impacts (outside Russia)," such as surging fuel prices.

Suzuki also said he told other G-7 members about the need to take measures against third parties "backfilling," or undermining, sanctions to help Russia dodge the punitive measures, in an apparent reference to China. 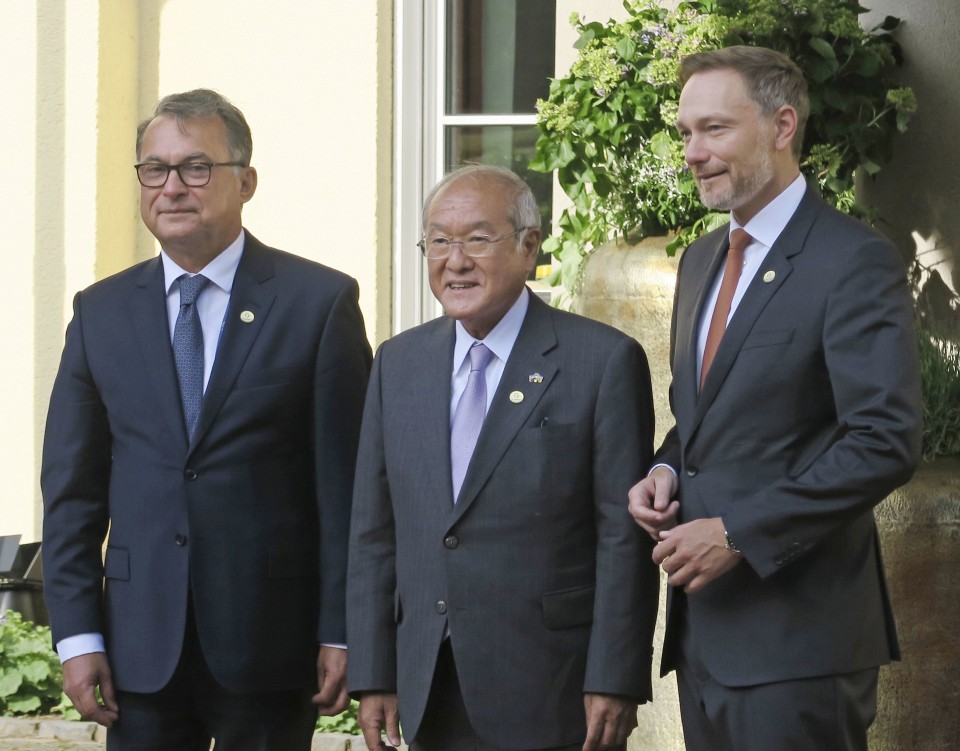 Japanese Finance Minister Shunichi Suzuki (C) enters the venue of a meeting of Group of Seven financial leaders in the suburbs of Bonn on May 19, 2022. Seen on his right is German Finance Minister Christian Lindner, the meeting's host. (Kyodo) ==Kyodo

After the two-day meeting, finance chiefs from the G-7, including Britain, Japan and the United States, are expected to issue a joint statement demonstrating the group's unity in imposing sanctions on Russia, which has been the target of international condemnation since it began its attack on Ukraine in late February.

The financial leaders will agree on an $18.4 billion aid package to help Ukraine pay its bills in the coming months, Reuters reported.

"We have received calls for short-term funding support from the Ukrainian side as the fiscal situation has deteriorated due to Russia's invasion," Kishida told reporters in Tokyo.

In addition to issues associated with the war in Ukraine, Suzuki said he touched on the yen's rapid depreciation in recent weeks against major currencies and told his counterparts that Japan will "appropriately deal with foreign exchange issues."