At the summit, Kishida, elected from the city that suffered a 1945 U.S. atomic bombing, wants to make a case for a world free of nuclear weapons as the world faces Russia's nuclear threats following its invasion of Ukraine, the sources said. 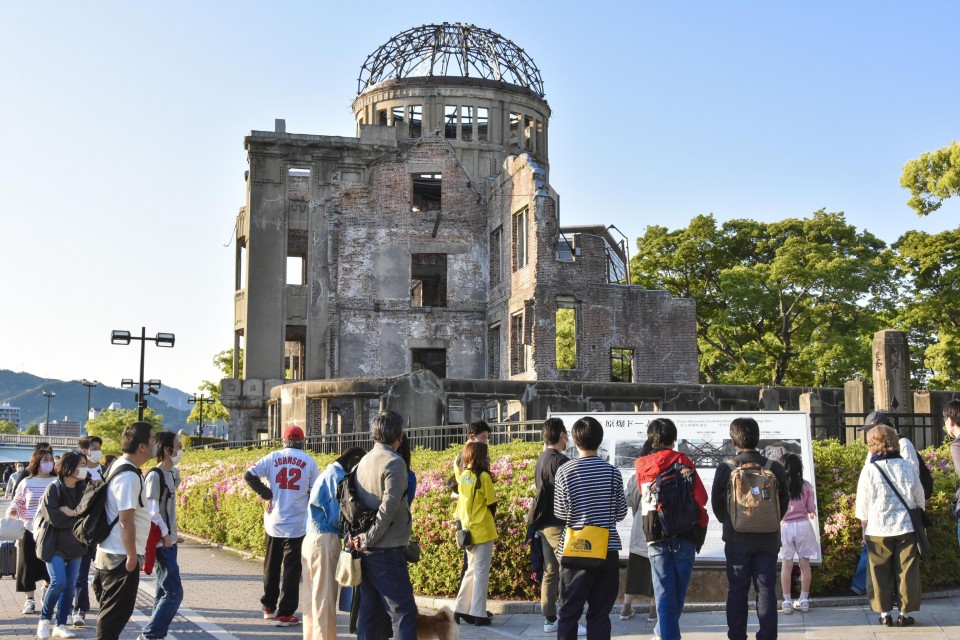 The Japanese leader is expected to explain the significance of hosting the summit in the western city and seek the U.S. leader's support sometime during his trip to Japan from Sunday to Tuesday. The two are scheduled to hold a summit meeting on Monday.

Japan will take over the G-7 presidency from Germany next year and has narrowed down candidate sites for the 2023 summit to Hiroshima.

After consulting with Biden, Kishida is expected to make a final decision before Germany hosts this year's summit in late June at Schloss Elmau, a German castle resort in the Bavarian Alps.

Japan has examined the feasibility of hosting a summit in Hiroshima, Nagoya and Fukuoka, and all of the candidate sites can meet the necessary criteria, including the availability and capacity of a summit venue, accommodations, security and accessibility, the sources said.

But Hiroshima stands out in that the G-7 can stress the importance of peace as Russian President Vladimir Putin wages war in Ukraine and has threatened to resort to nuclear weapons, the sources said. The city was devastated by the Aug. 6, 1945, bombing, which killed an estimated 140,000 by the end of that year.

Before formally selecting Hiroshima, however, Japan also needs to see whether the other nuclear weapon countries within the G-7 -- Britain and France -- would support the choice, the sources said. Japan has already conveyed its desire to pick Hiroshima to its fellow G-7 members at lower-level meetings.

On Wednesday, Natsuo Yamaguchi, who heads Komeito, the junior coalition partner of Kishida's Liberal Democratic Party, asked the prime minister to hold the leaders' meeting in Hiroshima Prefecture and a foreign ministers' meeting in the southwestern prefecture of Nagasaki.

The G-7 also includes Canada, Italy, plus the European Union. Japan has hosted six G-7 summits so far, and the previous gathering was held in Mie Prefecture in 2016.