Japanese Foreign Minister Yoshimasa Hayashi suggested Sunday that the government may need to consider assisting North Korea as it apparently struggles with the outbreak of the coronavirus.

"We have no diplomatic relations with that country, but it does not mean that we should leave it alone," Hayashi said during a lecture in the city of Niigata.

North Korea earlier this month confirmed its first COVID-19 case since the pandemic started more than two years ago. 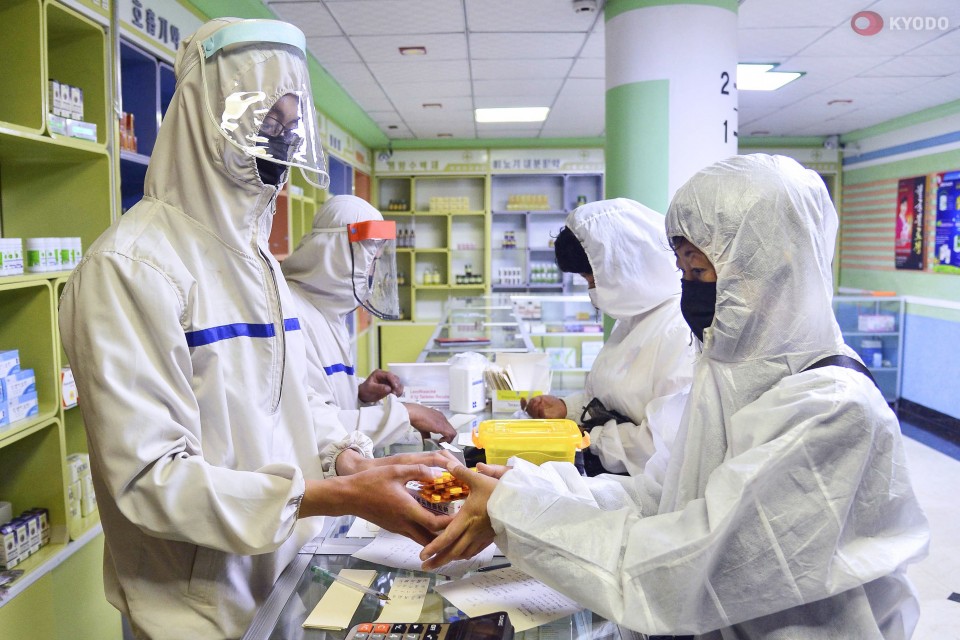 A member (L) of the North Korean military's medical section hands medicine to a citizen (R) at a pharmacy in Pyongyang on May 18, 2022, amid growing fears over the spread of COVID-19 infections. (Kyodo) ==Kyodo

On Sunday, the country of 25 million reported around 186,000 new fever cases, bringing the total number since late April to over 2.64 million.

One more death was reported in the 24 hours through 6 p.m. Saturday, raising the toll to 67, according to the North's state-run Korean Central News Agency.

North Korea has not given information on how many people have tested positive for the virus, as it is believed to have a limited number of COVID-19 testing kits.

The origin of the fever spreading around the country has not been identified.

On how to deal with the suspected COVID-19 outbreak in North Korea, Hayashi presented a view that a new mutant strain could spread to the world if the issue is left unresolved.

"The whole world should confront (the issue). We have to make an effort to understand the situation in North Korea," he said. 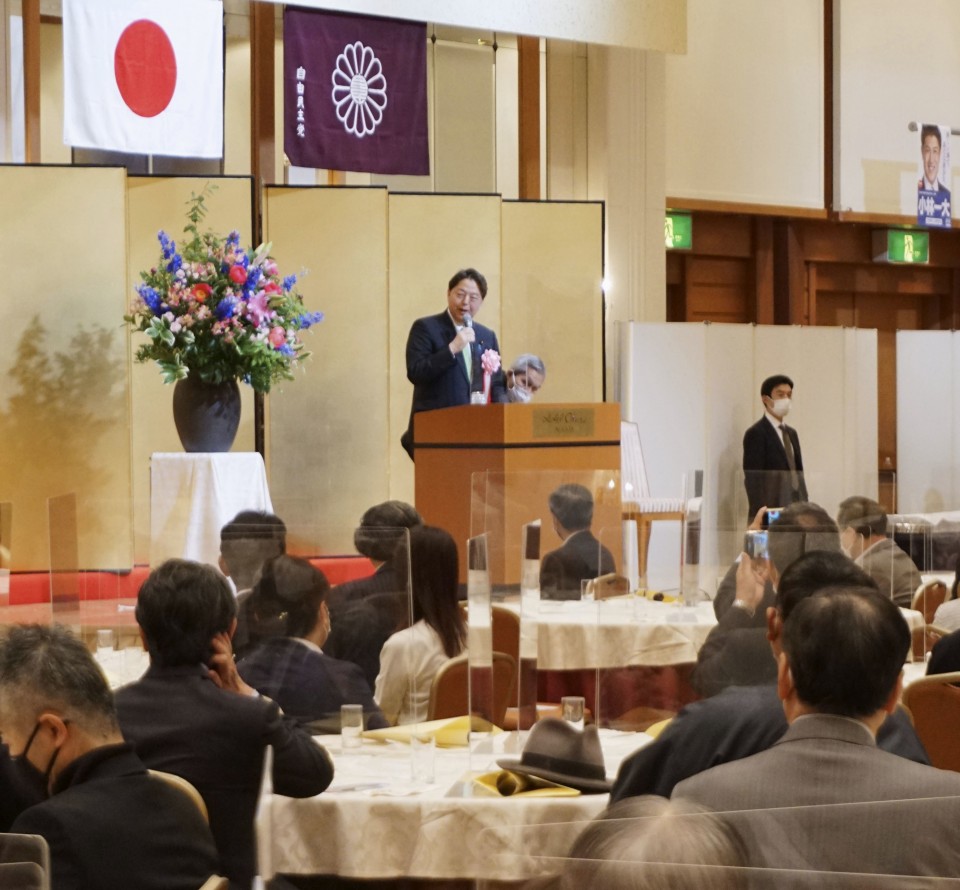 Japanese Foreign Minister Yoshimasa Hayashi (C) gives a speech in the city of Niigata on May 22, 2022.. (Kyodo)

The presidents, who held talks in Seoul, agreed that the United States and South Korea are willing to work with the global community to provide support to North Korea to fight the virus while condemning its series of ballistic missile tests this year as clear violations of U.N. Security Council resolutions.

On Monday in Tokyo, Japanese Prime Minister Fumio Kishida will meet with Biden, who is on his first trip to Asia since taking office in January 2021.