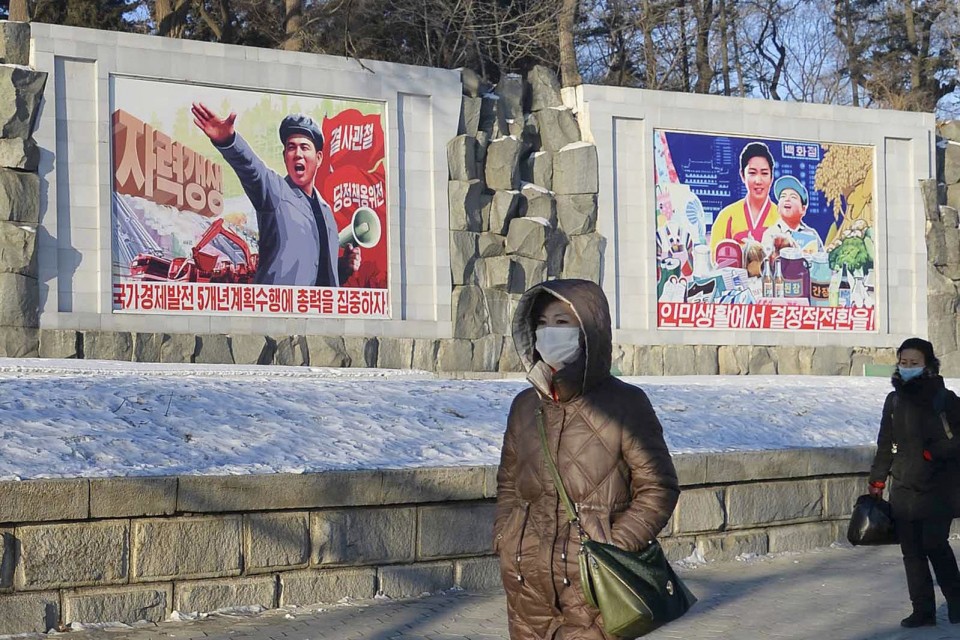 TOKYO - Japan decided Wednesday to place Tokyo and 12 other areas under a coronavirus quasi-state of emergency, with the capital reporting a record 7,377 new infections as the highly transmissible Omicron variant spreads rapidly across the country.

The decision will allow the governors of Tokyo and the dozen other prefectures to ask restaurants and bars to close early and stop or limit the serving of alcohol. The measure is set to be in place from Friday to Feb. 13.

TOKYO - The number of foreign visitors to Japan in 2021 dropped to 245,900, the lowest since 1964 when comparable data became available, as the country enforced tighter border controls amid the coronavirus pandemic, government data showed Wednesday.

The figure plunged 94.0 percent from 2020, the sharpest fall on record, the Japan Tourism Agency said. Compared with the pre-pandemic level in 2019, it dropped 99.2 percent.

TOKYO - The Nikkei index plunged Wednesday to its lowest level in nearly five months due to increasing concerns about Japan's economic recovery after the country logged its highest number of coronavirus cases the day before.

TOKYO - Japan said Wednesday it will provide more than $1 million and relief supplies to disaster-hit Tonga after an undersea volcanic eruption and tsunami waves caused by it left at least three people dead and caused major damage on the Pacific island.

TOKYO - Snowboarder Ayumu Hirano, a candidate for the men's halfpipe gold at the Beijing Olympics, was named to Japan's team Wednesday, effectively bringing all of the nation's biggest medal prospects on board for the Feb. 4 to Feb. 20 event.

MELBOURNE - Japan's Naomi Osaka cruised past American Madison Brengle on Wednesday, advancing to the Australian Open's third round for the fifth straight year.

Osaka, the defending women's champion and 13th seed, dispatched the 54th-ranked Brengle 6-0, 6-4 in a 1-hour, 5-minute second-round match at Rod Laver Arena. Osaka is aiming for a third title in Melbourne. She won her maiden Grand Slam title here in 2019.

VIENNA - Austria plans to hold an international conference focusing on the humanitarian impact of nuclear weapons in March before the country hosts the first meeting of a U.N. treaty banning such arms that came into force last year.

In a recent interview with Kyodo News ahead of the first anniversary of the treaty's implementation Saturday, Alexander Kmentt, director of the department for disarmament issues at the Austrian Foreign Ministry, said he expects Japan to be interested in the conference, currently scheduled for March 21, in Vienna.

Indonesian militant sentenced to 15 years over bombings in 2000

JAKARTA - An Indonesian court on Wednesday sentenced one of the leaders of Jemaah Islamiyah, a Southeast Asian wing of international terrorist network al-Qaida, to 15 years in jail over a series of bombing attacks in 2000 that claimed 18 lives.

The East Jakarta District Court found Aris Sumarsono, known by his alias Zulkarnaen, guilty of terrorism in the simultaneous bombings of over 30 churches on the islands of Sumatra and Java as well as in eastern Indonesia on Christmas Eve in 2000.