Austria plans to hold an international conference focusing on the humanitarian impact of nuclear weapons in March before the country hosts the first meeting of a U.N. treaty banning such arms that came into force last year.

In a recent interview with Kyodo News ahead of the first anniversary of the treaty's implementation Saturday, Alexander Kmentt, director of the department for disarmament issues at the Austrian Foreign Ministry, said he expects Japan to be interested in the conference, currently scheduled for March 21, in Vienna. 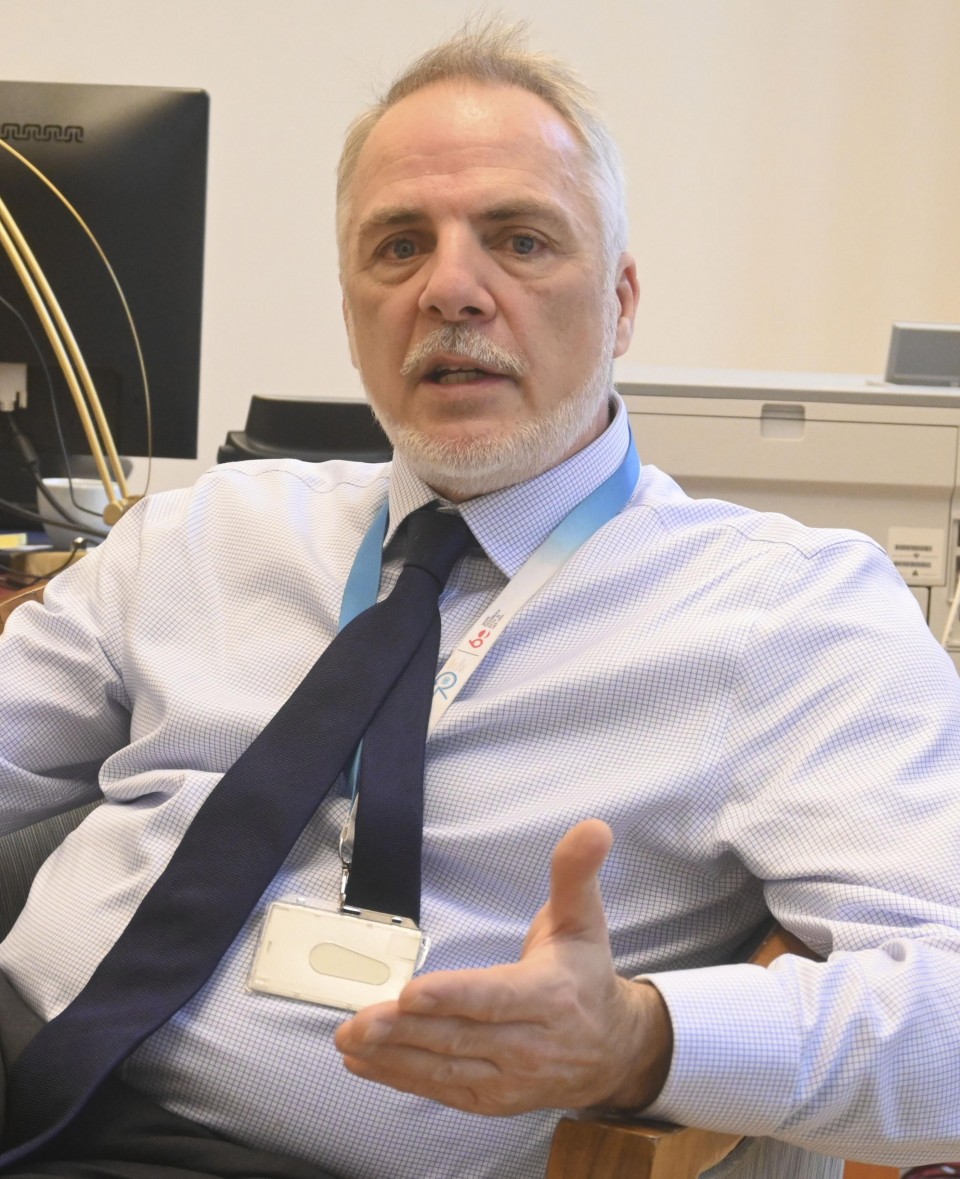 Alexander Kmentt speaks in an interview with Kyodo News on Jan. 10. 2022, in Vienna. (Kyodo)

The international conference on the humanitarian impact of nuclear arms has been hosted three times since the first meeting in Norway in March 2013. Austria held the previous gathering in December 2014, and Japan has participated in every conference.

"What we want to do at this one-day event is to recapitulate the main aspects that we discussed in these three humanitarian conferences...and then also to look at what has happened in the past few years in terms of new research," Kmentt said in the interview.

He said that the conference will also "set the scene" for the meeting of the signatory states of the Treaty on the Prohibition of Nuclear Weapons in the Austrian capital between March 22 and 24. The treaty is the first international pact outlawing the development, testing, possession and use of nuclear weapons.

In December, Japanese Prime Minister Fumio Kishida told a parliamentary committee that Tokyo has no "concrete plans" to attend the meeting of signatories to the treaty as an observer.

Kmentt said that the decision whether or not to participate in the three-day conference is "exclusively a Japanese decision." But he said that the mayors of Hiroshima and Nagasaki, the two cities that suffered U.S. atomic bombings in 1945, will participate and hopes that survivors will also join.

Kishida, born into a family from Hiroshima and elected from a constituency in the western Japanese prefecture, has said the treaty is "very important," Kmentt said. "That is what he said. So I think it is important to be engaged in this discussion.

During the meeting, participants will decide on the rules of the treaty's procedures, as well as the obligations of the stakeholders, including victim assistance and environmental remediation, Kmentt said.

He expressed hope that signatory states will "send a very strong political signal in favor of nuclear disarmament."

The treaty was adopted in 2017 with the support of 122 countries and regions. Fifty countries ratified it in October 2020, reaching the threshold required to enter into force.

U.S. looking for ways to reduce nuclear risk with China