In the study commenced in December, the university will eventually transplant cells derived from iPS cells to four patients who between two to four weeks earlier lost motor and sensory function after sustaining injuries when playing sport or in traffic accidents. 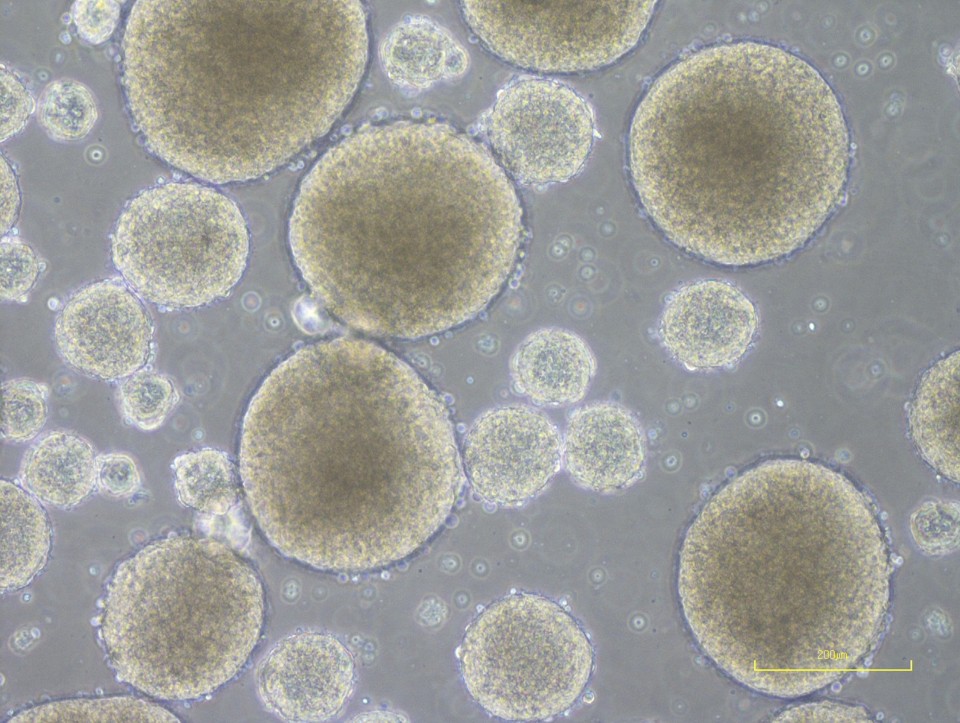 Supplied photo shows cells derived from iPS cells and which will grow into nerve cells. (Photo courtesy of Keio University)(Kyodo)

So far, one person has received the treatment in which neural stem cells were injected into the injured area. The patient is doing "extremely well," according to the university.

"I am glad to come to this stage after overcoming various difficulties," Hideyuki Okano, a professor who belongs to the university's research team that conducted the clinical test, said at a press conference.

The surgery was conducted at Keio University Hospital in Tokyo. The university has not released information on the patient's sex, age or how he or she sustained the injury.

The university is now monitoring the patient, who is currently undergoing physical rehabilitation at Murayama Medical Center in Tokyo, it said.

The research team will collect data on various conditions of the patient's body. An independent committee of experts will assess the data and evaluate the safety of the treatment. The university will proceed with the second transplant if the committee confirms it is safe, it said.

The university plans to recruit the next patient in April at the earliest.

As for prospects for the treatment's practical use, the university said it is likely to take "at least three to five years" to obtain the data needed for it.

The main objective of the clinical study is to confirm the safety of the transplanted cells and method of transplantation, the university said.

About 2 million cells are transplanted into each patient in the treatment. They were created from iPS cells stored at Kyoto University in western Japan, according to Keio University.

In the future, the university plans to increase the number of cells to be transplanted in order to enhance the effectiveness of the treatment.

The conventional treatment for the injury is stabilizing the spine to prevent further damage and later conducting physical rehabilitation in hopes of regaining as much function as possible.

People with existing spinal cord injuries are mostly in the chronic phase, with six months or more having passed after sustaining the injury.

The research team has also unveiled a plan to start research within the next few years using iPS cells to confirm the safety and efficacy in treating patients in the chronic stage.

The clinical study comes after Japan's health ministry approved such trials in February 2019.