Osaka University's team led by Koji Nishida may have created a new treatment for those suffering from corneal diseases, as current treatment involves waiting for corneal donations, which have been insufficient in Japan. 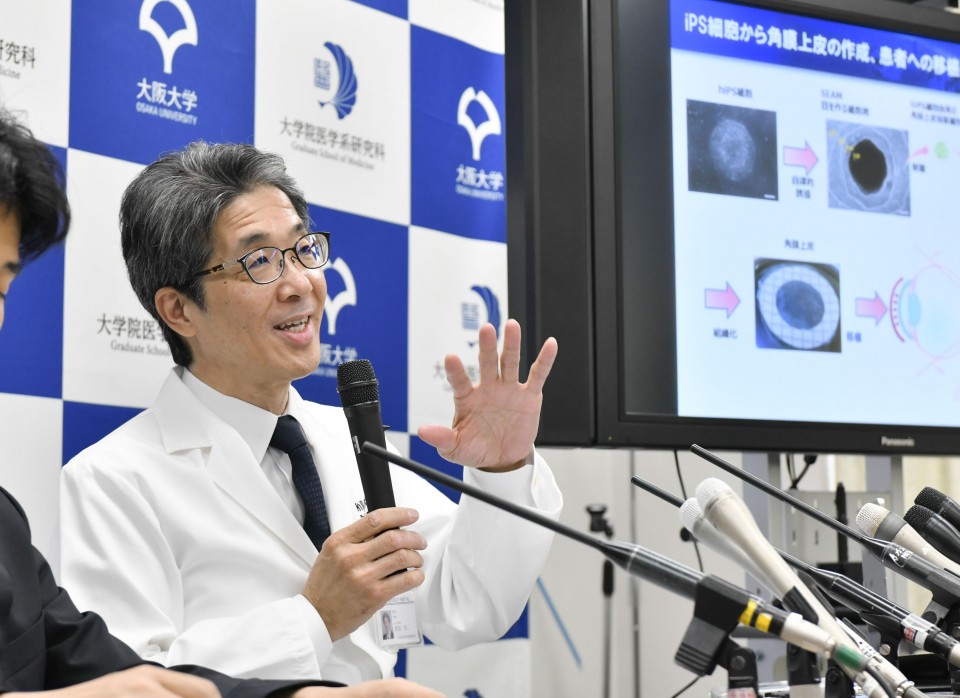 Around 1,600 people are waiting for such donations, it said.

The female patient in her 40s, who suffered from corneal epithelial stem cell deficiency, was discharged from the hospital last week. So far there are no problems and her eyesight has improved, according to the team.

The disease is caused by losing cells in the eye that produce the cornea due to illness or injury, leading to worsening eyesight and loss of vision.

In the surgery conducted July 25, the team transplanted in her left eye extremely thin sheet-like corneal tissues produced from another individual's iPS cells, that had been stored at Kyoto University.

The team believes that one transplant should remain effective throughout a patient's life.

The researchers will continue to monitor the patient to observe the transplant's effectiveness and safety, including looking for tumorigenicity.

"We are just getting started with the first (patient) and we're at the stage where we will be looking very carefully," Nishida said at a press conference.

He also said he would like the treatment to be put into practical use as a common treatment within around five years.

Japan's health ministry approved in March the research team's clinical studies on four adult patients. The team plans to conduct its second transplant within the year.