The world's first clinical trial of a transplant of visual cells derived from induced pluripotent stem cells, or iPS cells, to treat a patient with pigmentary retinal degeneration was performed without any complications, a Japanese research team said Friday.

The team, including medical staff from Kobe City Eye Hospital in the western Japan prefecture of Hyogo, successfully completed the roughly two-hour operation on a woman in her 60s, also from western Japan, earlier this month.

"I am relieved. It's a small step, but we have safely taken it. It is natural for the patient to feel uneasy. I am grateful for her courage," said the hospital's director Yasuo Kurimoto, who performed the operation. 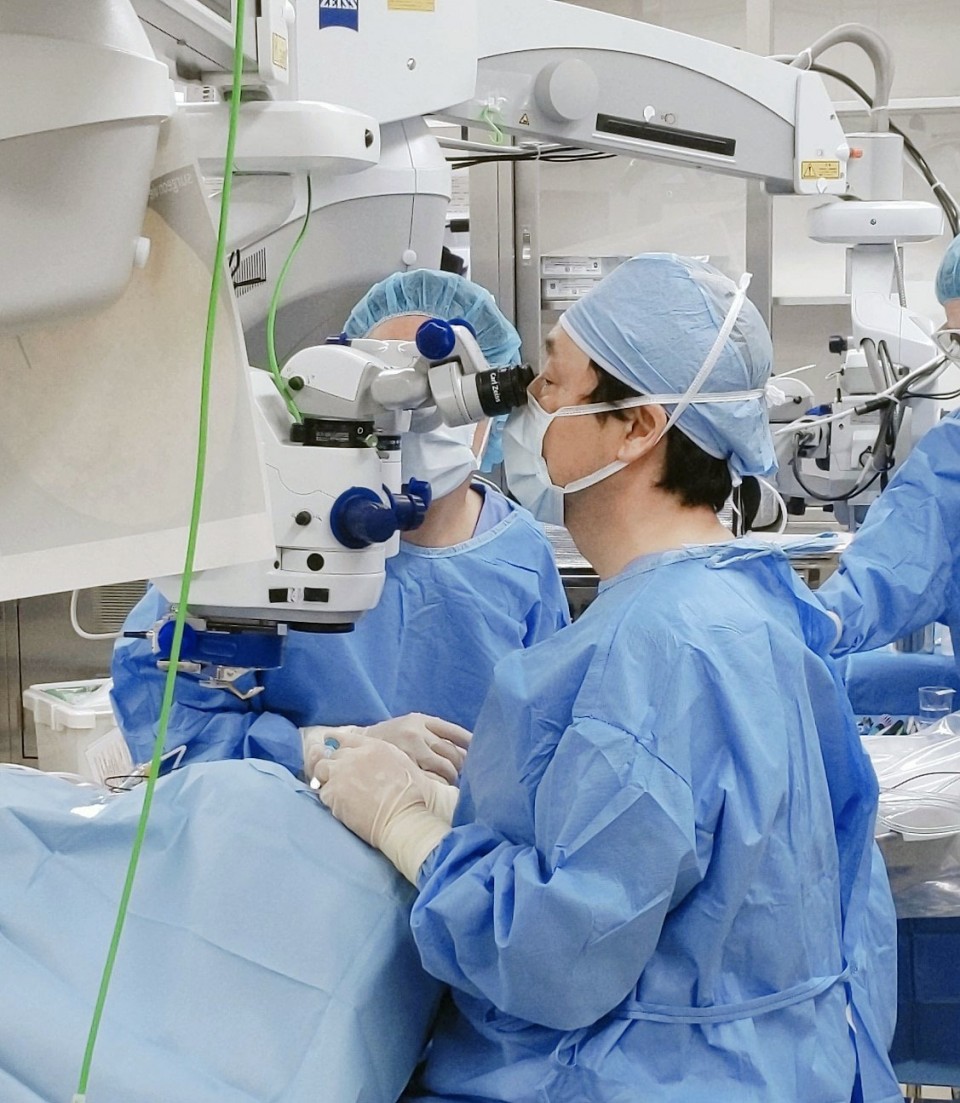 The patient was quoted as saying that she was happy to provide hope to those waiting to receive the same treatment.

Around 30,000 people have the genetic disorder in Japan, which can cause vision problems due to a progressive loss of photoreceptor cells in the retina, and there is no known treatment.

Depending on how far the disease has progressed, a patient's vision may not improve significantly, but the research team aims to verify the procedure's safety for the development of future treatments.

In the clinical trial, iPS cells grown from the blood cells of a healthy donor were cultured into three-dimensional retinal tissue, and then made into a sheet -- with a diameter of 1 millimeter and thickness of 0.2 millimeter -- containing photoreceptor cells. The sheet was transplanted in three slices into the retina of the patient's right eye.

The patient, who is in a stable condition and likely to be discharged soon, will be observed for a year to see if her body rejects the transplanted cells. The research team also plans to evaluate if any sight has been restored from six months following the procedure.

Prior to the operation, the patient's vision had degenerated to the point that she could only detect light and darkness.

The team plans to perform a clinical trial of the procedure on a second patient by the end of March next year, although a specific date has yet to be set.

Developed by Kyoto University's Shinya Yamanaka, who won the 2012 Nobel Prize in physiology or medicine for his work in the area, iPS cells can grow into any type of body tissue.

The world's first clinical test using iPS cells was conducted in 2014 by the government-backed Riken research institute, with retinal pigment epithelial cells transplanted into an individual with an eye disease known as wet-type age-related macular degeneration.