Yoshiki Sawa of Osaka University's medical school said the transplant was conducted Monday in a clinical trial to study the treatment's effectiveness and safety in a patient with serious heart failure.

It is hoped that the transplant of iPS cells will serve as an alternative to a heart transplant, which has been the only option for treating heart failure.

The experimental treatment will be given to 10 patients with ischemic cardiomyopathy, a condition in which heart muscles do not get enough blood due to clotted arteries. In the trial studies, a sheet of heart muscle tissues made from stem cells is transplanted onto the affected areas of the heart. 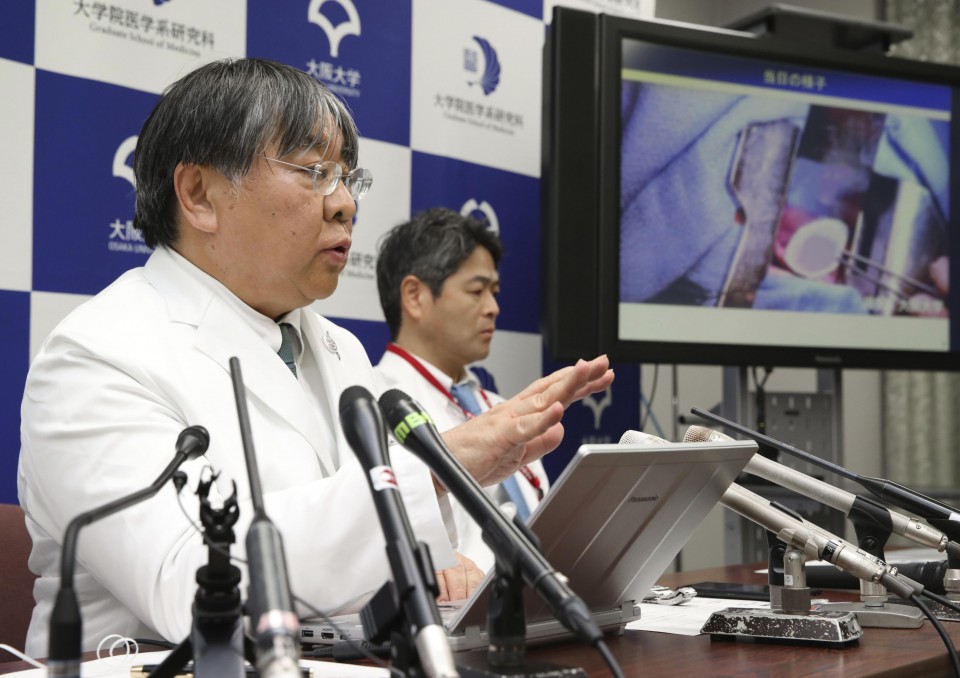 The team uses iPS cells stocked at Kyoto University to minimize the risk of immune rejection.

Sawa's team had initially sought to conduct the transplant by March 2019, but the plan was put on hold after a major earthquake in the Osaka region in June 2018 damaged a research facility at Osaka University Hospital where iPS cells were grown.

A team at Keio University in Tokyo is also planning to conduct a transplant of heart muscle tissues made from iPS to treat a heart disease called dilated cardiomyopathy.