A cross-party group of Japanese lawmakers on Tuesday visited Yasukuni shrine, regarded as a symbol of Japan's past militarism by its Asian neighbors, for the first time in more than two years.

The group of about 100 politicians, headed by Hidehisa Otsuji of Japan's main ruling Liberal Democratic Party, visited the Tokyo shrine in the morning to pay respects to the country's war dead. 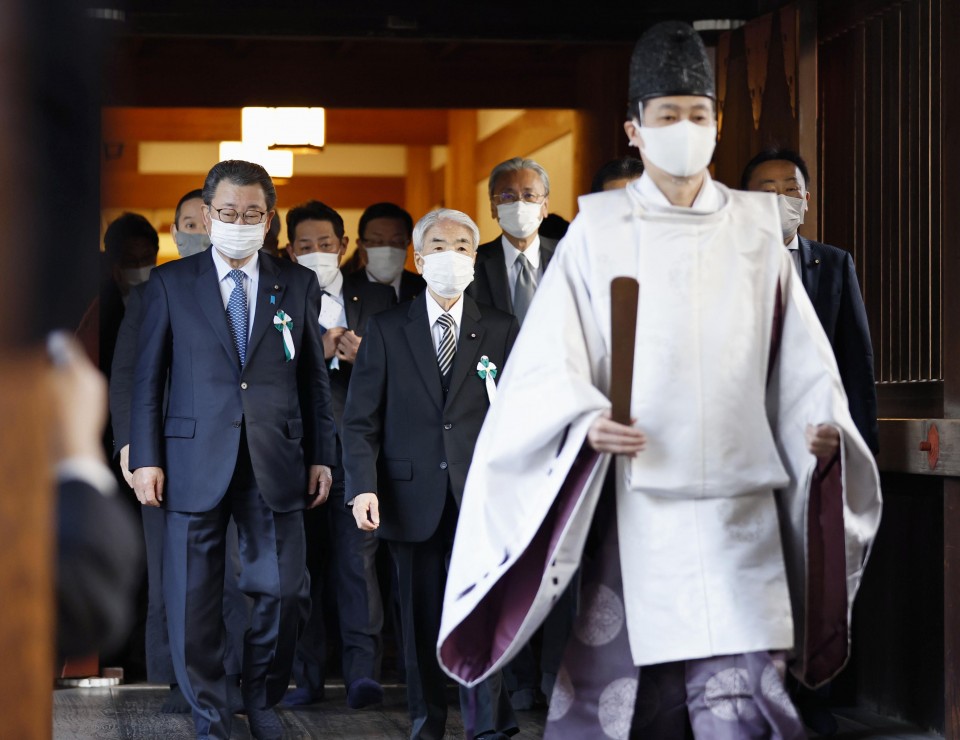 The group aims to visit three times a year for the shrine's spring and fall festivals and the anniversary of the end of World War II, but its members had not visited en masse since the fall of 2019 due to the coronavirus pandemic and this October's general election.

"I hope he will make a visit at an early opportunity," Otsuji, a former vice president of the House of Councillors, told reporters when asked whether Prime Minister Fumio Kishida, who took office in early October, should visit the shrine.

Visits to the shrine by Japanese leaders and lawmakers have been a source of diplomatic friction with China and South Korea, where bitter memories of Japan's militarism before and during World War II run deep.

As the shrine honors convicted war criminals along with millions of war dead, a 2013 visit by then Prime Minister Shinzo Abe triggered anger in China and South Korea and disappointed Japan's key ally, the United States.

In October, Kishida sent a ritual offering to the shrine to celebrate its biannual autumn festival.

The majority of the around 2.5 million people enshrined at Yasukuni were military servicemen and civilian employees of the Japanese military.