Prime Minister Fumio Kishida on Sunday sent a ritual offering to Yasukuni, a Shinto shrine in Tokyo viewed as a symbol of Japan's past militarism by its Asian neighbors. 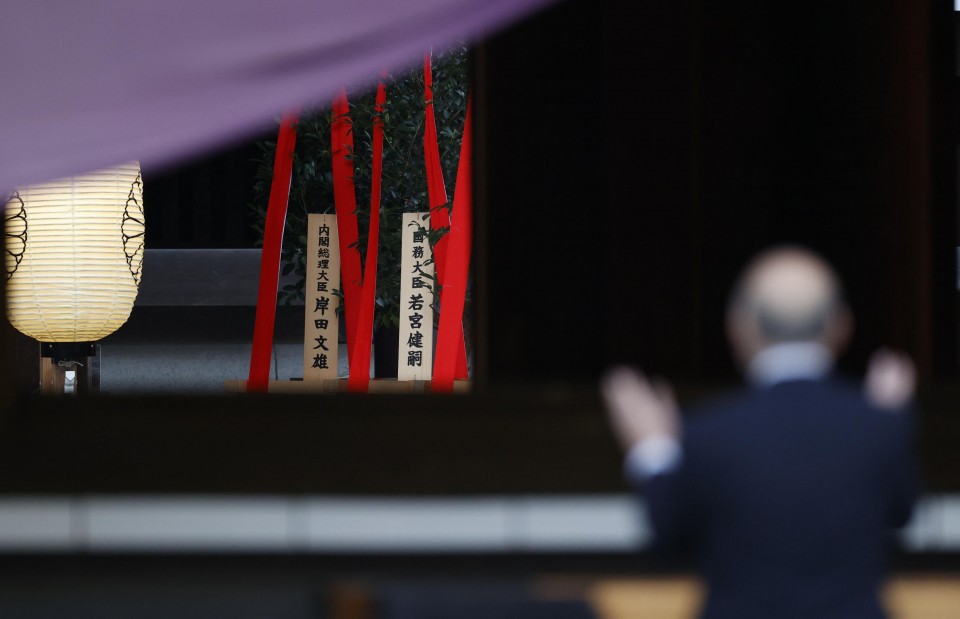 The "masakaki" offering was made under Kishida's name as prime minister to celebrate the shrine's biannual festival held in the spring and autumn.

Kishida, who became Japan's prime minister on Oct. 4, does not plan to visit the shrine during the two-day autumn festival that runs through Monday, according to people close to him.

"I came here as a former prime minister. I expressed my reverence to the spirits who gave their precious lives for the country," Suga told reporters. He had not visited the shrine while he was prime minister. 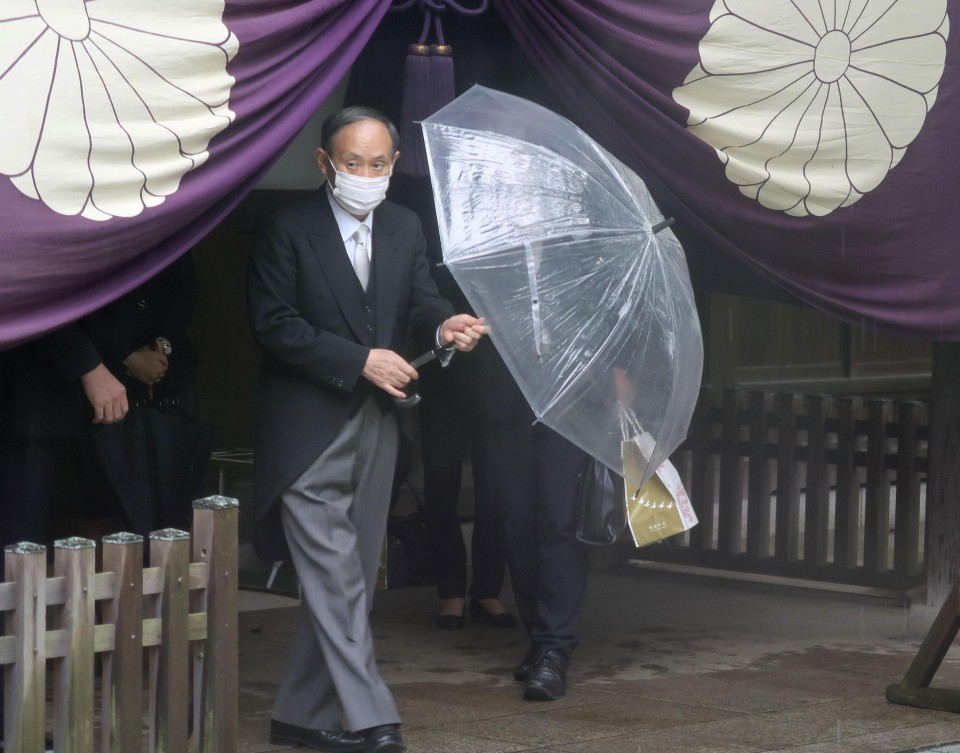 South Korea's Foreign Ministry issued a statement saying Seoul "expresses deep disappointment and regret" over Japanese leaders "once again sending offerings to and repeating their visits to" the shrine that "glorifies Japan's war of aggression and enshrines war criminals."

The statement, which took the form of a commentary by a ministry spokesperson, said the government "urges the leaders of Japan to squarely face history" and "demonstrate through action" their reflection on the past.

The shrine's precursor was built in 1869 and was renamed Yasukuni shrine in 1879. It venerates those who died in wars fought by the Japanese government, worshipping their souls as deities.

Then Prime Minister Shinzo Abe's Yasukuni visit in December 2013, a year after his second stint as prime minister began, triggered a strong response from China and South Korea and disappointed Japan's key ally, the United States.

Suga, who succeeded Abe in September last year, did not visit the shrine and sent ritual offerings for the biannual festivals.

Suga also did not visit the shrine when he served as chief Cabinet secretary for Abe for more than seven years.

The former prime minister did not elaborate on why he did so this time when he met the press, only saying, "It was something I decided by myself."

Kishida's tree offering to the shrine comes at a politically delicate time in Japan. Less than two weeks after taking office, Kishida, who also heads the Liberal Democratic Party, dissolved the lower house on Thursday for a general election at the end of this month.

Among his Cabinet members, health minister Shigeyuki Goto and Kenji Wakamiya, minister in charge of the 2025 World Exposition in Osaka, also separately sent tree offerings to the shrine.

The festivals usually run for three days, but, like last year's festivals, the autumn event has been shortened to two days as part of efforts to prevent the spread of the coronavirus.

A cross-party group of Japanese lawmakers who are supportive of visiting the shrine to pay respects to the country's war dead have refrained from visiting together for the festivals since the start of the coronavirus pandemic and will do so once again this time.

Hidehisa Otsuji, a former vice president of the House of Councillors and who leads the group, and Toshiei Mizuochi, chairman of the steering committee of the upper house, both lawmakers of the ruling party, visited the shrine Sunday on behalf of other members.

The majority of the around 2.5 million people enshrined at Yasukuni were military servicemen and civilian employees of the Japanese military.

China to watch diplomatic policy of Kishida, Japan's next PM