None of the members of the Cabinet launched by new Japanese Prime Minister Fumio Kishida visited the war-linked Yasukuni shrine in Tokyo during its two-day fall festival through Monday, in an apparent bid to avoid diplomatic spats with neighboring countries. 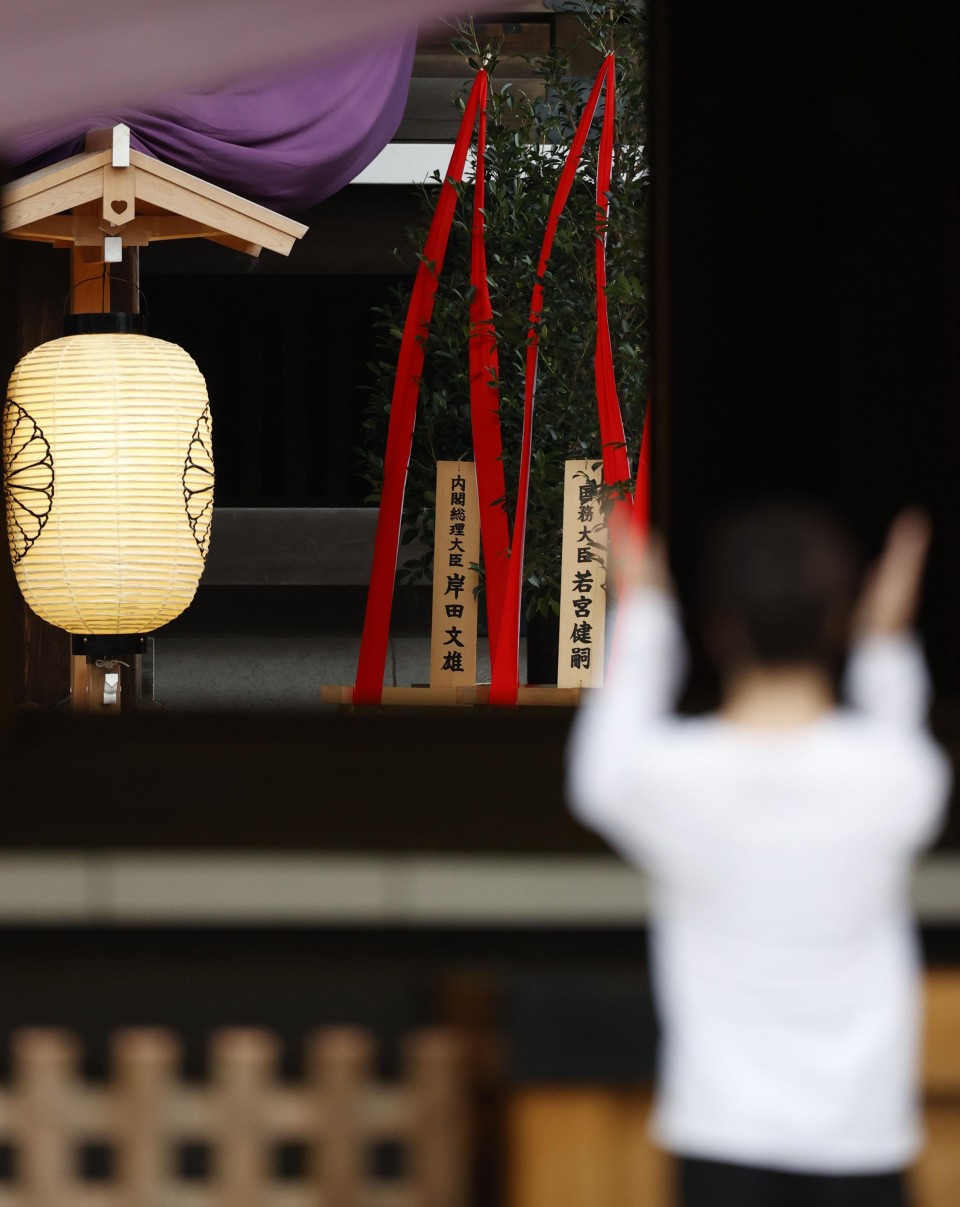 While Kishida did not pay a visit, he sent a ritual offering the previous day for the Shinto shrine's biannual festival, prompting South Korea to express "deep disappointment and regret" and urge Japanese leaders to "squarely face history."

The shrine, which honors convicted war criminals along with the war dead, is viewed as a symbol of the country's past militarism by its Asian neighbors.

The "masakaki" offering was made under Kishida's name as prime minister to celebrate the shrine's biannual festival held in the spring and autumn, following the practice of his predecessor Yoshihide Suga after succeeding him this month.

Kishida's tree offering to the shrine comes at a politically delicate time in Japan, as he dissolved the House of Representatives last Thursday for a general election at the end of this month.

Health minister Shigeyuki Goto and Kenji Wakamiya, minister in charge of the 2025 World Exposition in Osaka, also sent tree offerings to the shrine on Sunday. 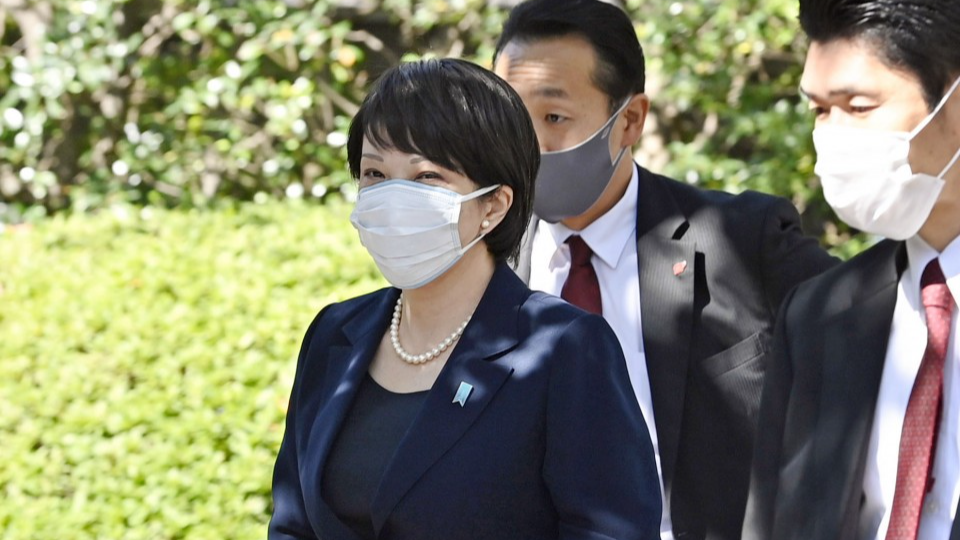 Sanae Takaichi (L), policy chief of Japan's Liberal Democratic Party, visits Yasukuni, a Shinto shrine in Tokyo viewed as a symbol of the country's past militarism by its Asian neighbors, on Oct. 18, 2021, wearing a mask for protection against the coronavirus. (Kyodo) ==Kyodo

The hard-line conservative member of the LDP, who often visited the shrine while she was a Cabinet minister, recently said she would continue going there even if she was elected prime minister.

"As a Japanese, it is only natural to offer my gratitude" to those who "died for a national policy," said Takaichi, who lost in the party's leadership race late last month in which Kishida won and subsequently became prime minister. "This is not an issue of diplomacy."

Past visits by Japanese leaders and lawmakers have especially angered China and South Korea, where memories of Japan's wartime acts still rankle. The shrine venerates those who died in wars fought by the Japanese government, worshipping their souls as deities.

Most of the around 2.5 million people enshrined at Yasukuni are military servicemen and civilian employees of the Japanese military, but wartime Prime Minister Gen. Hideki Tojo and 13 other Class-A war criminals were added to the enshrined deities in 1978, stirring controversy in Japan and abroad.