An economic policy panel of Japan's government will propose promoting efforts to digitalize local areas through a significant amount of subsidies as part of fresh stimulus to revitalize the coronavirus-hit economy, a draft document showed Friday.

In its "urgent proposals" toward realization of Prime Minister Fumio Kishida's signature "new capitalism" vision, the panel will also urge the government to encourage businesses to raise wages through such incentives as tax breaks and subsidies, according to the document obtained by Kyodo News. 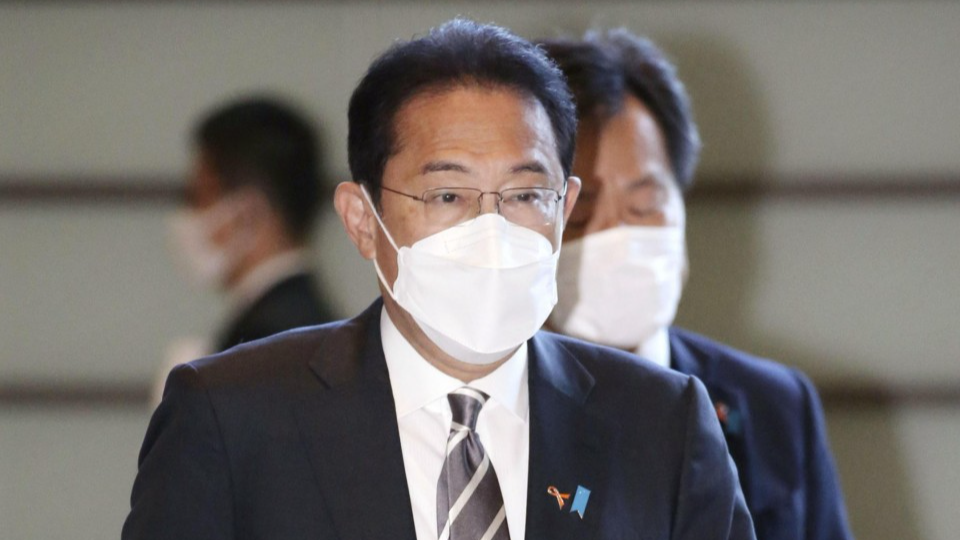 Prime Minister Fumio Kishida arrives at his office in Tokyo on Nov. 5, 2021. (Kyodo)

Some specific suggestions by the panel include legislation to set rules for safer and easier use of drones and robots to deliver food and commodity items in rural areas with limited public transportation services.

The panel is expected to make the proposals possibly on Monday, government sources said. Kishida last week instructed the body to come up with the suggestions.

On the pay hike policy, the government is expected to consider setting up a subsidy scheme for companies that raise wages for employees, since the current tax break system does not cover businesses that post deficits and do not pay taxes.

"While trying to narrow the (income) gap, the government, along with the private sector, needs to play a role in building capitalism that will be sustainable over the long term," the document said.

It also highlighted the importance of boosting innovation through digitalization and beefing up the science and technology field, saying that will be a "spark" for creating the virtuous cycle of growth and distribution advocated by Kishida.

Kishida, who became prime minister in early October and led the ruling Liberal Democratic Party to victory in last Sunday's general election, has vowed to draw up an economic policy package worth "tens of trillions of yen" by mid-November.

To finance the economic policy package, the government will compile a supplementary budget for fiscal 2021 that started in April. Kishida has said his administration aims to have parliament enact it by the year-end.