Table tennis: Tomokazu Harimoto ousted from singles in 2nd round of worlds

Japanese young gun Tomokazu Harimoto bowed out against an underdog Wednesday in the men's singles round of 64 at the table tennis world championships in Houston. 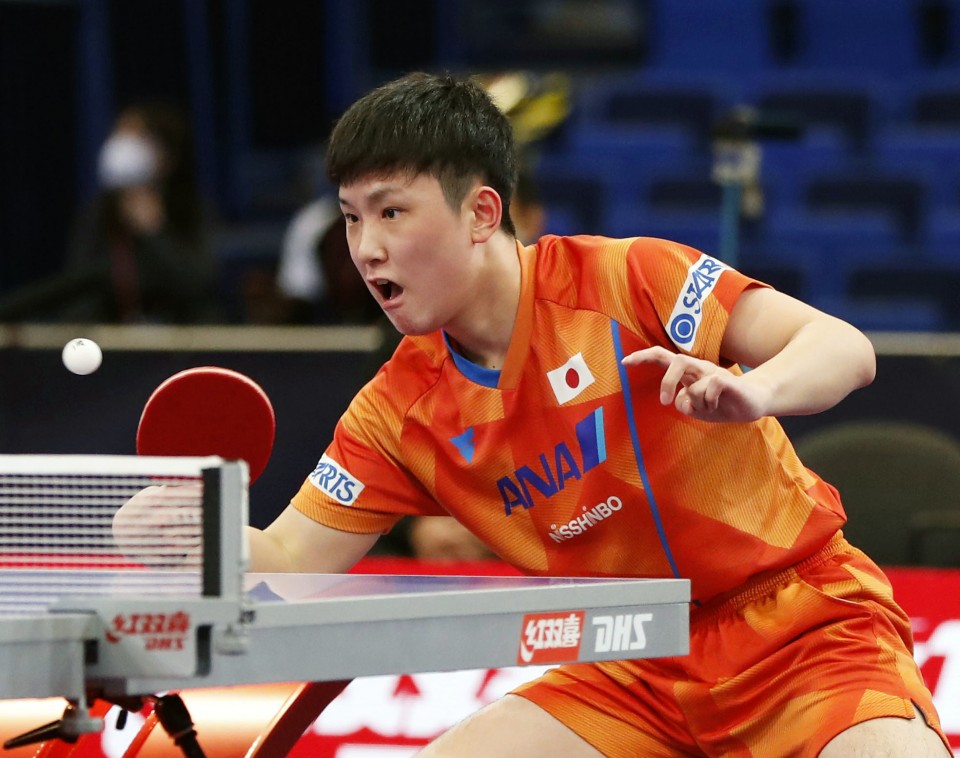 Tomokazu Harimoto of Japan plays in a second-round match of the men's singles at the table tennis world championships in Houston on Nov. 24, 2021. (Kyodo)

The 18-year-old Harimoto was seeking to become the first Japanese men's singles player in 42 years to win a world championship medal.

"I'm not especially surprised with a loss at any stage. This is where I stand now, ability wise," Harimoto said following the seven-set marathon.

"Of course the (2024) Paris Olympics is my goal. I want to believe in myself and work hard."

Koki Niwa and Masataka Morizono were also beaten in their respective second-round matches, with only Shunsuke Togami advancing in the men's singles.

In the women's singles, Kasumi Ishikawa, Hina Hayata, Miu Hirano and Mima Ito reached the third round. Hayata and Ito, the silver medalists at the Budapest worlds in 2019, also won their opening match in the women's doubles.