Mima Ito and Jun Mizutani's epic gold-medal win in the mixed doubles table tennis final at the Tokyo Games exposed cracks in the wall of dominant China and has also provided a perfect end to Mizutani's career.

Ito, 20, and Mizutani, 32, stunned Chinese world champions Xu Xin and Liu Shiwen 4-3, having trailed by two games in a nerve-jangling contest, giving Japan its first ever table tennis gold at an Olympics. 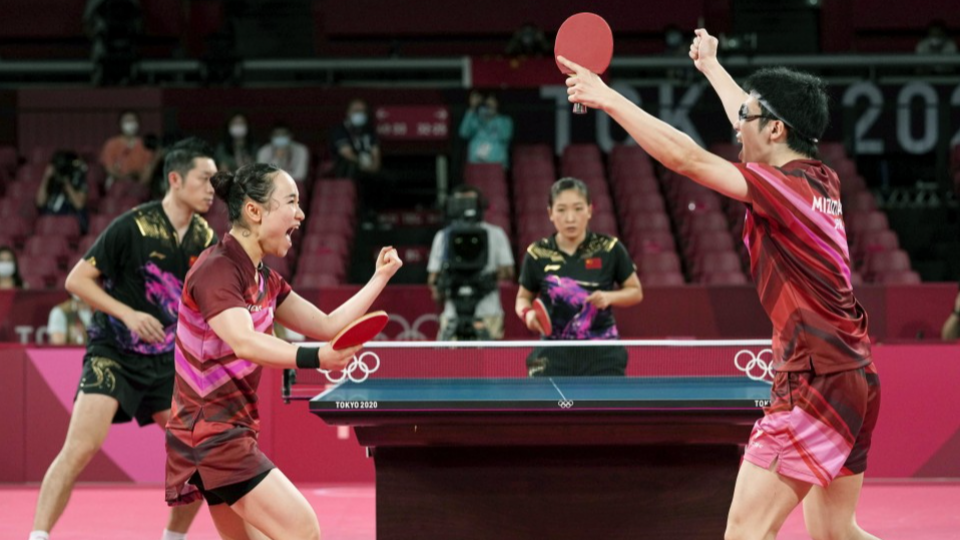 Japan became the first champions of the mixed doubles event that was added to the table tennis program for the first time at these games, denying China a clean sweep of the titles.

In addition it has given the host nation's paddlers plenty of cause for optimism looking ahead to Paris 2024, according to Mizutani.

"I was really nervous in the final against the Chinese, especially when we were leading 8-0 in the decisive game," Mizutani told a press conference on Saturday.

"They started coming back and I thought it might be impossible (to win) but Ito-san started winning points and she saved me. If I had been playing on my own I would have probably blown the lead and lost," he said.

"That's how hard it feels to break the Chinese wall. But the fact is that we beat them and gives me hope that it will continue to happen."

Mizutani all but confirmed that the Tokyo Games have marked the end of his career but, in a nod to 18-year-old star Tomokazu Harimoto, said he believes the future of the Japanese men's game is bright. 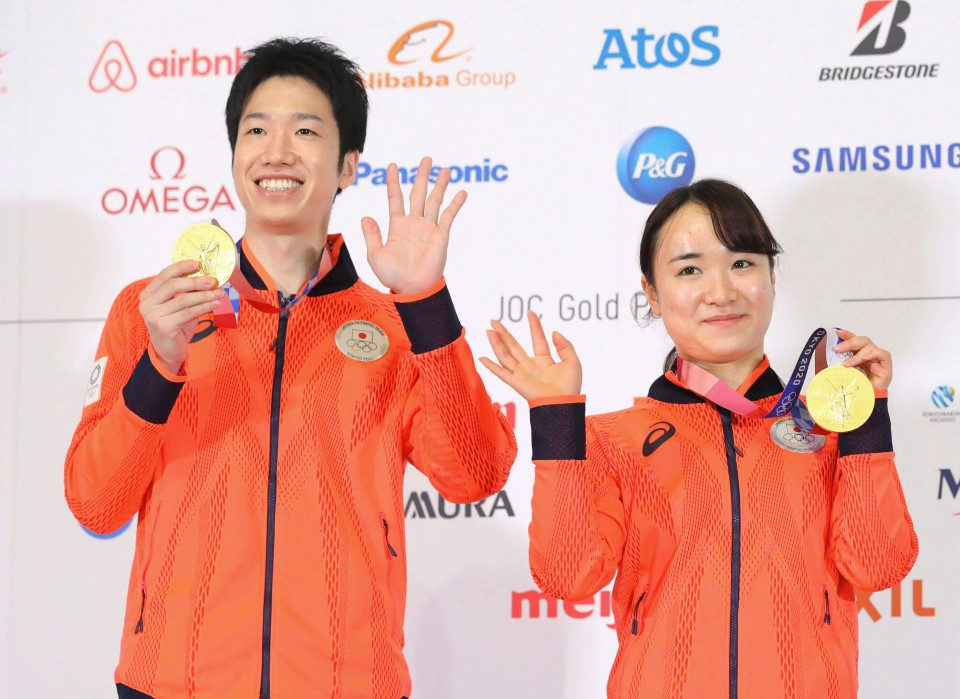 "I haven't reached a final decision but I think I will be completely walking away from table tennis," said Mizutani who has been dealing with an eye complaint for several years.

"If it (the eye problem) was something that could be completely cured then I would like to play into my 40s and 50s but it isn't. It's disappointing but the adventure is over."

Japan won medals in every event except the men's singles, and it was four-time Olympian Mizutani that was the driving force in the men's team's bronze medal win over South Korea.

Mizutani, only entered in the mixed doubles and men's team events, started and finished Japan's 3-1 win over the South Koreans, partnering Koki Niwa to victory over Lee Sang Su and Jeoung Young Sik in the doubles before overpowering Jang Woo Jin in the singles.

"It was the greatest tournament for me to win the gold medal in mixed doubles and the bronze medal in this (men's) team," Rio men's team silver medalist and singles bronze winner Mizutani said after the team match on Friday.

"I am fortunate to have such great teammates and we have delivered a fantastic result. At the next Olympics in Paris I would like the junior players to give it their best shot for the gold medal," he said.

Japan's brightest young talent Harimoto was tipped as a possible medal contender in the singles but the world No. 4 was bundled out in the round of 16 with a defeat to Slovenian Darko Jorgic. Niwa was knocked out at the same stage of the tournament.

"I have a lot soul-searching to do as far as the singles are concerned. I was able to come all this way (in the men's team event) thanks to my senior teammates," said Harimoto.

It was Ito, though, that was the main star of Japan's table tennis campaign as she captured three medals.

Although Ito was left to rue defeats to Chinese rivals in two of the three events she took part in, the petite Shizuoka native took great satisfaction from a mission partly accomplished thanks to her sensational mixed doubles victory with Mizutani.

"To beat the Chinese at the Olympics is a real confidence boost. I lost to the Chinese in the singles and the women's team event but we must not forget that win in the mixed doubles and have confidence going forward," she told the press conference.

"But although I was able to win three medals in three events I'm frustrated because I wanted to finish on a winning note," Ito said after Japan's defeat to China in the women's team final.

Ito lost to occasional Chinese sparring partner Sun Yingsha in the semifinals of the women's singles before winning the bronze medal.

But she was unable to avenge that loss to Sun in the women's team final Thursday as Japan settled for silver.

"I was mentally prepared for the team match, even more than for singles. But when China took the first and second games in the final match, I honestly thought I just had to enjoy the game."

"I was really tired going into the team match after playing singles. But because of all the support I received I could enjoy my table tennis until the end," she said.

Japan captured its third straight women's team table tennis Olympic medal in finishing runner-up, adding to the silver at the 2012 London Games and bronze in Rio de Janeiro in 2016.

"We were able to execute what we have been doing in practice (in the women's team final) but the Chinese were too good for us," said Kasumi Ishikawa, who was also on the medal-winning teams in London and Rio.

"It was my pleasure to compete at the Olympics. I'm very frustrated that we lost. But I'm happy the three of us could play in the finals together."