Japan's bid for a second straight appearance in the team table tennis men's final at the Olympics ended Wednesday night after a 3-2 defeat to German in the semifinals at the Tokyo Games.

Jun Mizutani, Koki Niwa and Tomokazu Harimoto lost to Timo Boll, Patrick Franziska and Dimitrij Ovtcharov in a seesaw match, missing out on what would have been a rematch of the 2016 Rio de Janeiro Olympic final against China on Friday. 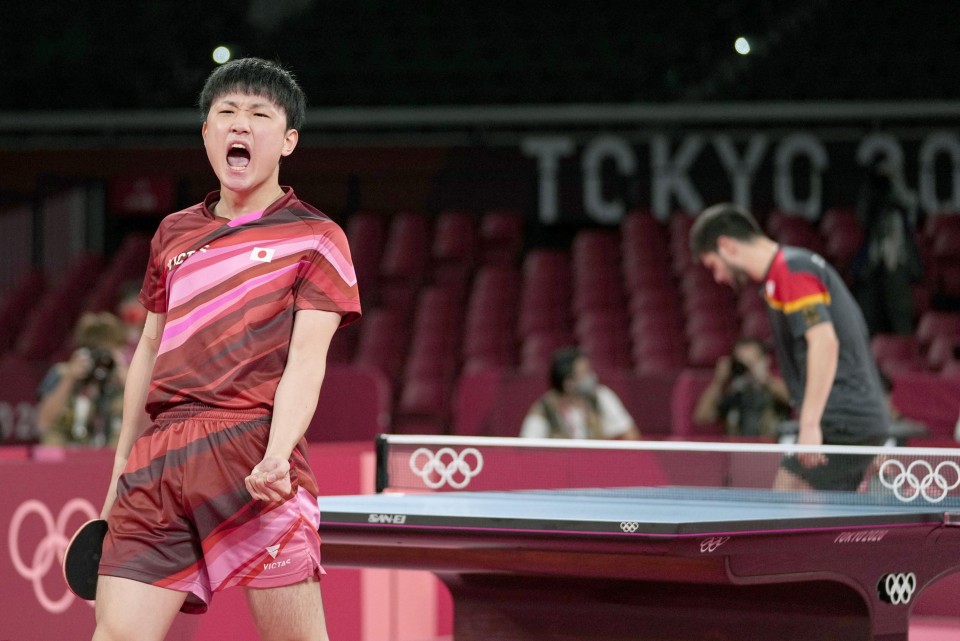 Japan's Tomokazu Harimoto (facing camera) reacts after winning a point during a semifinal match of the men's table tennis team event against Germany at the Tokyo Olympics on Aug. 4, 2021, at Tokyo Metropolitan Gymnasium. (Kyodo)

Germany instead will take on the Chinese, who swept past South Korea 3-0 in the day's first semifinal and will be heavily favored to defend their title, having won all three gold medals since the team event was introduced at the 2008 Beijing Games.

Japan takes on South Korea in the bronze medal match, also on Friday.

"Not being able to win the final game (in the doubles) cost us dearly," said Niwa. "We have got the day off tomorrow to try to regroup."

"Whether we laugh or cry the next match is our last and we will try and put everything out there," said Mizutani.