Japan's Kazuki Tomono leads the men's singles competition at the Rostelecom Cup after scoring a personal-best 95.81 in Friday's short program.

Aiming for his first ISU Grand Prix of Figure Skating win, the 23-year-old Tomono cleanly executed all of his elements, including a quad toe loop-triple toe loop combination to open the routine at Sochi's Iceberg Skating Palace. 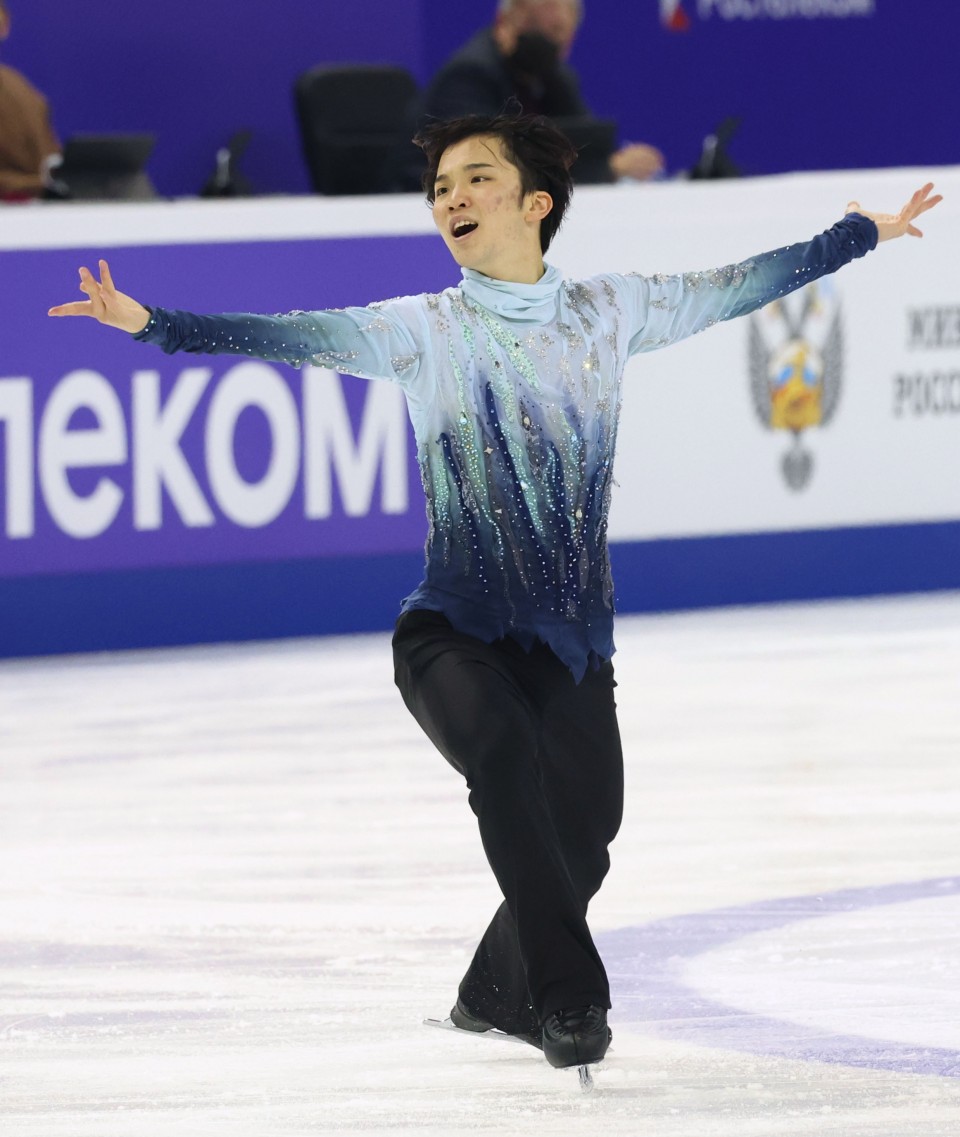 Kazuki Tomono of Japan competes in the men's short program at the Rostelecom Cup on Nov. 26, 2021 in Sochi, Russia.(ISU/Getty/Kyodo)

He will take a 0.44 point lead over Georgia's Morisi Kvitelashvili into the free skate, with Canada's Roman Sadovsky a further 10.78 back in third. Japan's Keiji Tanaka scored 76.69 to place 10th.

Japan's two-time defending Olympic men's figure skating champion Yuzuru Hanyu had planned to compete at the Grand Prix event in Russia before pulling out earlier this month due to an ankle ligament injury.

The Nov. 26-28 Rostelecom Cup is the sixth meet of this year's Grand Prix series, and the last before the Grand Prix Final in Osaka from Dec. 9 to 12.