Japanese 18-year-old Yuma Kagiyama won his second consecutive ISU Grand Prix of Figure Skating series assignment of the 2021-2022 season on Saturday, finishing first in the men's event in Grenoble to book a place in the final.

Kagiyama, who won the third of the six-leg Grand Prix series in Italy two weeks ago, was far from perfect at the Patinoire Polesud but still qualified for the Dec. 9-12 Grand Prix Final in Osaka that will feature the top six skaters and teams from each discipline. 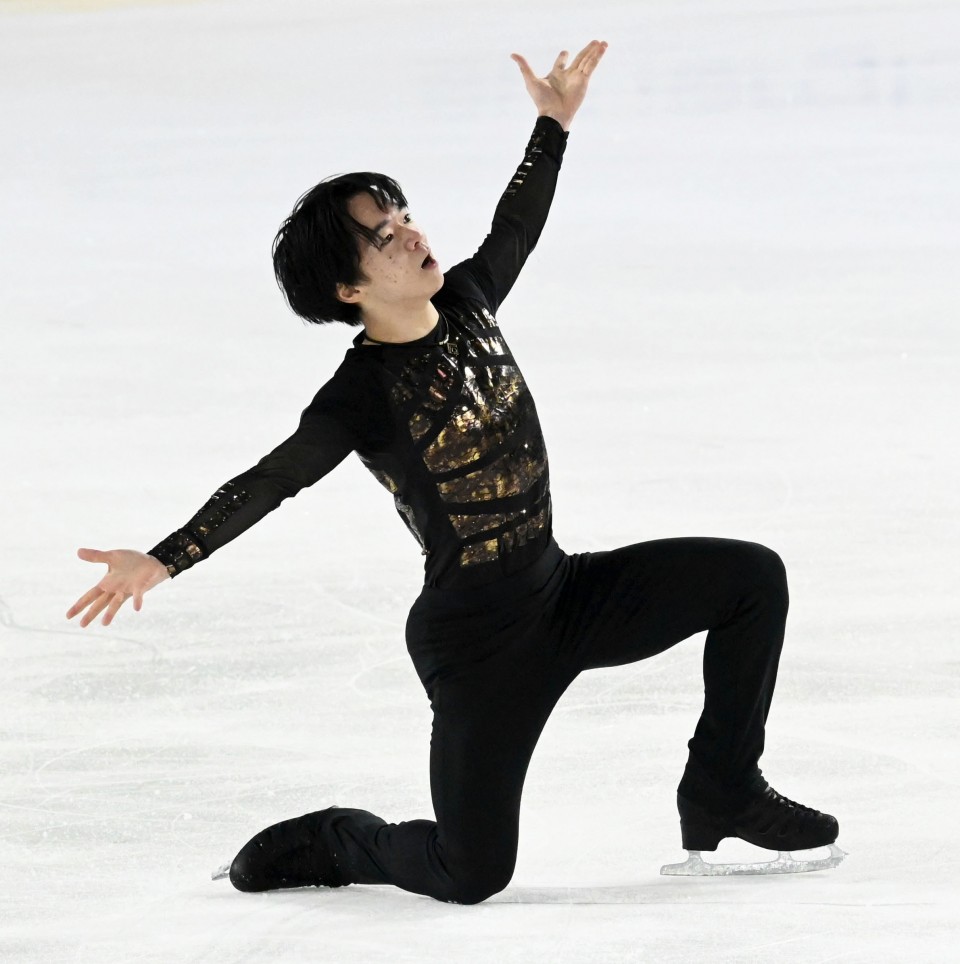 Japan's Yuma Kagiyama finishes his routine on bended knee before winning the men's title at the Internationaux de France in Grenoble on Nov. 20, 2021. (Kyodo)

In the penultimate Grand Prix series event of the season, Kagiyama scored 185.77 points for first place in the free skate and 286.41 overall while teammate Shun Sato rose from fourth to second to capture his first Grand Prix medal. American Jason Brown took third.

Kagiyama stepped out of the back end of triple flip-triple loop and popped an Axel in his "Gladiator" free skate routine, but the reigning world silver medalist was otherwise solid and earned a level four on all three spins.

"The second half of my program was disastrous. It lacked emotion and guts," Kagiyama said. "It was hard on my legs. I'm more frustrated (than satisfied)."

"But it's good that I'm going to the final with two Grand Prix wins," he added.

Seventeen-year-old Sato performed four quadruple jumps in his free skate, including a Lutz, toe and flip to finish third in the free skate for a personal best total of 264.99 points. Unlike Kagiyama, he was happy with his breakout performance. 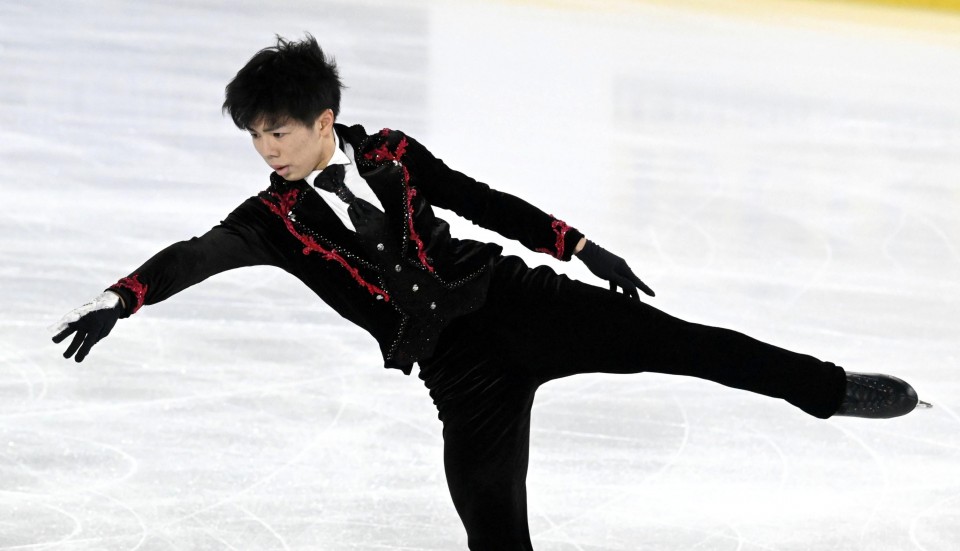 "The Grand Prix podium was a goal so I'm very glad I was able to achieve that. I'll continue to work hard so that I can be more like Yuma," said Sato, who adds his name to a crowded Japanese men's field for the three available Olympic spots.

In the women's event, world champion Anna Shcherbakova led Russia to a 1-2 finish with Alena Kostornaia in second. Japan's Wakaba Higuchi prevented a Russian medal sweep, moving from sixth after the short program into bronze. 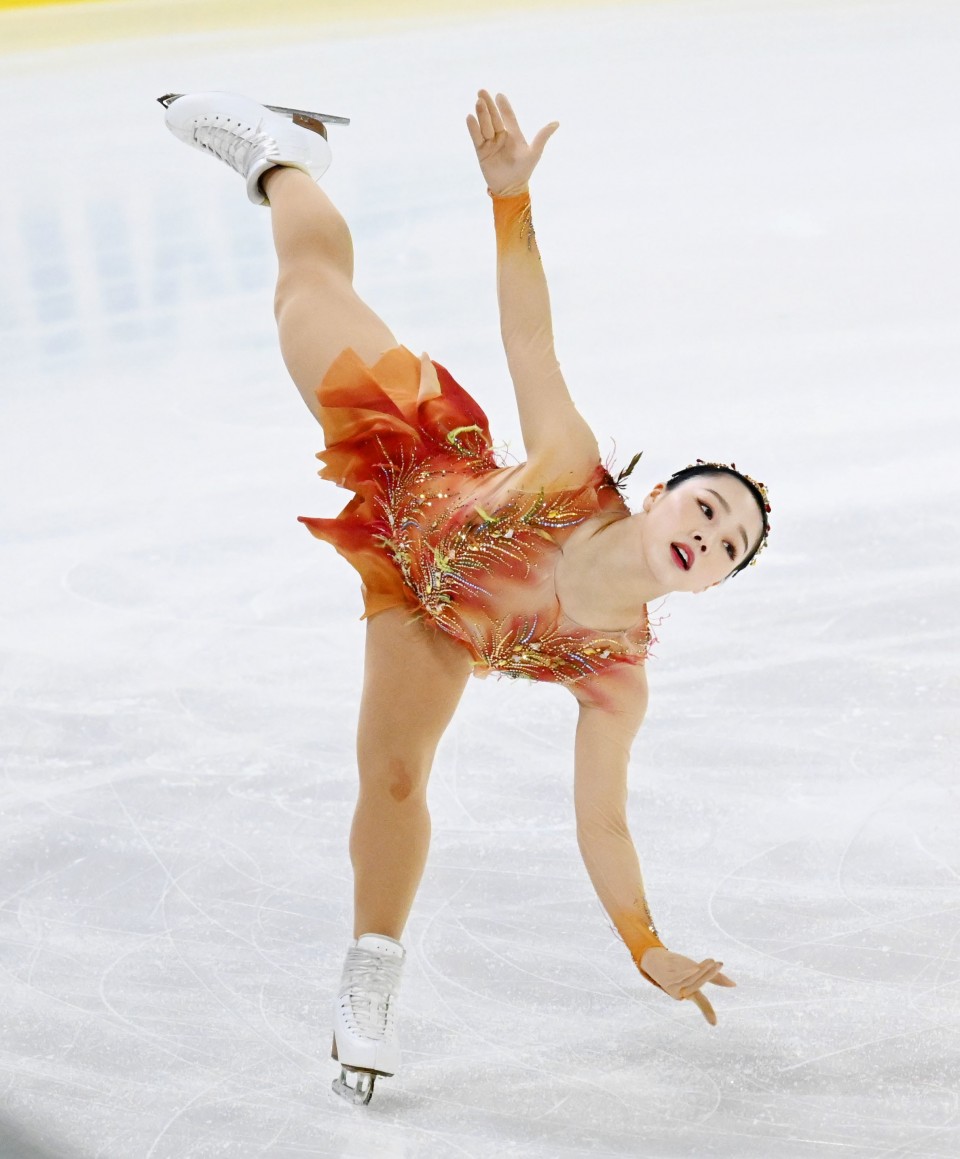 Wakaba Higuchi of Japan performs in the women's free program at Internationaux de France on Nov. 20, 2021, in Grenoble, France. She won bronze. (Kyodo)

The final stop of the 2021 Grand Prix Series, the Rostelecom Cup, takes place at the Iceberg Skating Palace in Sochi, Russia, Nov. 26-28.